Augmented Reality significantly helps to engage the user with the content, in a performance that gives new meaning to the philosophy of edutaintment and learning by doing. 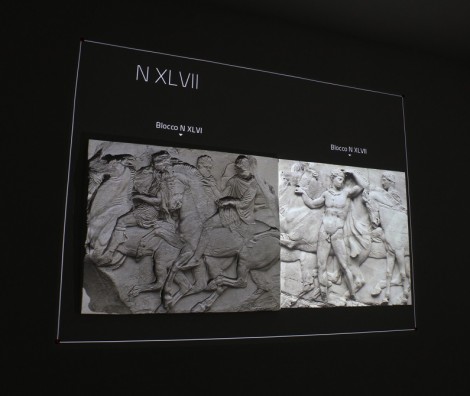 In this article, appeared on Scires-IT journal, it is presented a case study by Alessandra Cirafici (SUN Second University of Naples, Italy), Donato Maniello (Studio gloWArp, Academy of Fines Arts-Naples, Italy) and Valeria Amoretti (SUN Second University of Naples, Italy), illustrating the application of Augmented Reality to a fragment of the Parthenon, aiming to investigate the role played by the introduction of digital technologies in communication strategies for the enjoyment of cultural heritage and in the formation of a new concept of “sensory environment”, intended as a space where the combination of physical presence with virtual elements generates unprecedented means of experience and education. 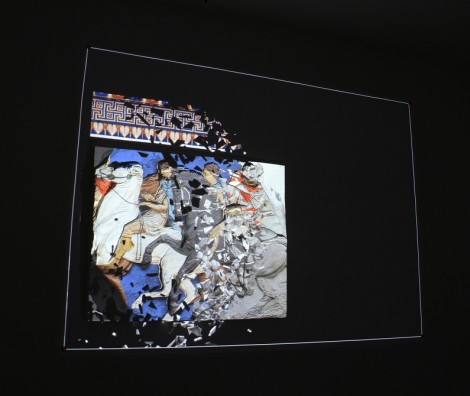 The aim of this study is the creation of a multimedia totem with the use of video mapping techniques, representing a particular form of augmented reality, in order to provide new means – different from the existing ones- for museum enjoyment. The object of the totem was the creation of a documentary about the full scale reproduction of block NXLVI of the north frieze of the Parthenon.

With the words “Augmented Reality” we mean the addition of more information than what the observer would normally perceive, mediated by the use of a computer. Thus the human sensory perception is enhanced by information generally manipulated and electronically channeled that would otherwise not be perceived by the five senses.

Three main aspects define the multimedia totem: indoor use of Augmented Reality, its use for the enhancement of cultural heritage, and the digital anastylosis that makes it possible to reconstruct the missing part directly on the element or on a copy of it. These options provide the opportunity to engage different age groups with the expressive potential of Augmented Reality also in terms of performance, with the possible transformation of any surface into a dynamic display. 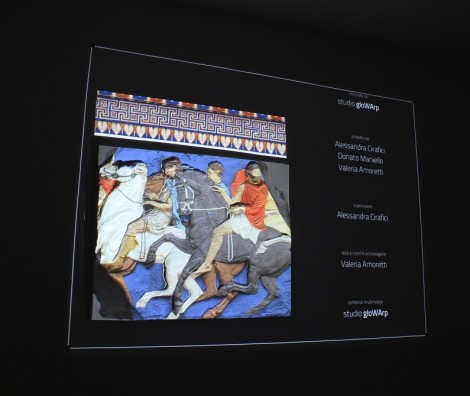 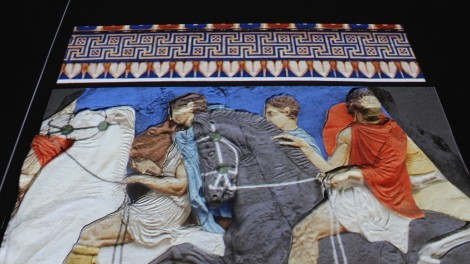