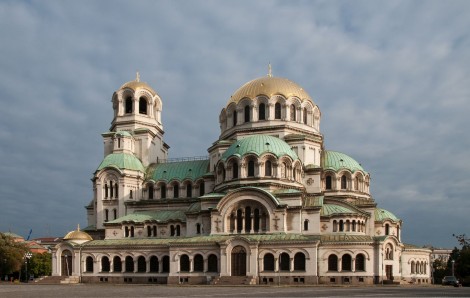 The 4th international conference organised by the NALIS Foundation in Sofia this year was dedicated to the large library consortia. It was held on the 12 May 2015 in the Ball Room of Radisson Blu Grand Hotel Sofia under the title “The Challenge to Collaborate in the Digital Age“.
A special guest and presenter was Antonella Fresa, Director of Promoter SRL, the established company for management of international projects. Her talk [download the slide-presentation] focused on digitisation, creative re-use of cultural content and citizen participation by stressing on facts and numbers and emphasizing the sociological impact of digital cultural heritage and technologies. She presented some of the successful projects Promoter and NALIS were involved in (e.g. EuropeanaPhotography) and added some words about the ongoing EU projects E-Space, Civic Epistemologies and RICHES).

Traditionally, the members of the NALIS Board of Experts are the key speakers of every annual NALIS conference. This year, one of them wasn’t able to participate: Robert Darnton, Professor and Director of the Harvard University Library. Ann Thornton, Andrew W. Mellon Director of the New York Public Libraries, presented the library as a digital co-laboratory and stressed the importance for librarians to collaborate with technology community through hackathons and other convenings. Richard Ovenden, Bodley’s Librarian at The Bodleian Libraries, University of Oxford, shared best practices in cooperating with other institutions in Oxford and on international scale – with libraries in the US, Italy, Germany and China. He also presented some issues related to the UK national digital library, more precisely the collaborative efforts around the electronic legal deposit.

Another panel gave the floor to two managers of the leading library consortia in Europe. Wolfgang Hamedinger, Director of OBVSG, the Austrian library network, shared his experience of the close cooperation between the OBVSG member institutions and presented the structure of the network, the historical reasons for its development and future perspectives. In addition, Jo Rademakers, Director of LIBIS, the Belgian library network, spoke about the consortium he manages and the new opportunities for the providers of library services. Any difficulty that a library network encounters in the digital era is seen as an opportunity to adapt to the new reality by these important decision makers. 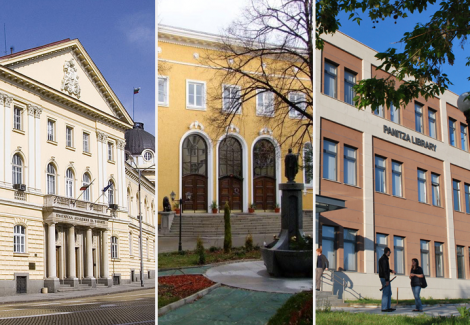 The founders of the National Academic Library and Information System Foundation (NALIS Foundation): the Central Library of BAS (CL-BAS), the Sofia University “St. Kliment Ohridski” (SU) and the American University in Bulgaria (AUBG).

Opening remarks were by Sabina Aneva, Executive Director of NALIS, who presented the achievements of this Bulgarian consortium of academic and public libraries and shared her views for the future. Also some important figures from the America for Bulgaria Foundation, so far subsidising the NALIS intiative, and the Ministry of Education and Science welcomed the event. Decision makers from other Bulgarian ministries and important cultural institutions attended too .

The date chosen was within the library week in Bulgaria and straight after the official Day of the Librarian celebrated in the country (11 May). In fact, May is the month of culture for any Bulgarian worldwide as 11 May (according to the Julian calendar), respectively 24 May

(according to the Gregorian calendar), is before all the day of Saints Cyril and Methodius, the creators of the first Slavonic alphabet, and it was subsequently accepted as the national Day of the Bulgarian Education and Culture.