Results of the PREFORMA Innovation Workshop 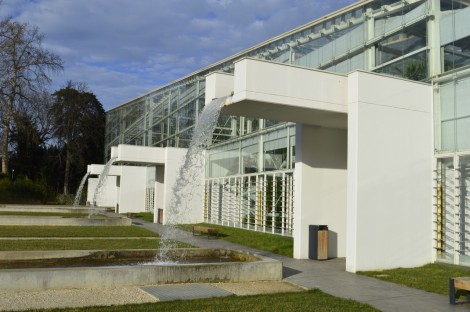 Hosted at the Botanical Garden in Padua, the workshop was very successful bringing together more than 100 attendees interested in digital preservation and cultural heritage: memory institutions or other cultural heritage organisations involved in (or planning) digital preservation initiatives and willing to integrate the PREFORMA software in their infrastructure, the open-source community of researchers and developers interested in contributing code to the PREFORMA tools, the community of enterprises interested in developing services around the PREFORMA tools, the standardization bodies looking for feedback on how to improve and advance the specifications of the standard preservation file formats. 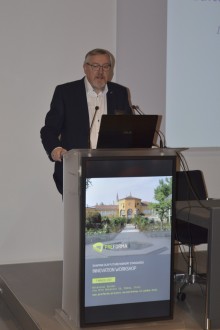 Aim of the workshop was to highlight the importance of standardisation and file format validation for the long term preservation of digtal cultural content, present the open source conformance checkers developed in the project and the business models that can be built around them, and involve memory institutions outside the PREFORMA consortium in testing, using and further developing the software.

The event featured two keynote speeches by Marco De Niet from DEN Foundation on the challenges of digital preservation as a public mission and by Evelyn McLellan from Artefactual Systems on business models for open source projects.

After that, the keynote speakers reflected together with representatives from the PREFORMA project a on how to measure the impact of a project and to ensure its sustainability, in a panel chaired by Melanie Imming from LIBER, the European Association of Research Libraries.

Last but not least, the workshop featured live demonstrations of the software developed by the three suppliers (the veraPDF consortium, Easy Innova, MediaArea) and an informal networking event where attendees could share experiences, meet the PREFORMA developers and learn more about the tools.

For more information about the workshop and to download all the presentation visit the event webpage in the PREFORMA website.

The day before the workshop, on 6 March 2017, the Department of Information Engineering of the University of Padua hosted the fourth edition of the Networking Session for EC projects in the cultural heritage field, a successful initiative launched in the framework of the RICHES project and continued under the auspices of Europeana Space and PREFORMA. The event saw the participation of more than 20 projects which discussed together about the sustainability of the network and about possible initiatives to be plugged into the programme of the European Year of Cultural Heritage in 2018.