In the third week of November (from 16th to 18th) it was held a new edition of the Image and Research Conference, organized by the Centre for Image Research and Diffusion (CRDI) of the Girona City Council with the collaboration of the Association of Archivists of Catalonia. In that edition, around 200 people attended representing fifteen different countries. The Image and Research Conference held its fourteenth year, and after 26 years, we have become the benchmark event in Spain for professionals involved in photography and audiovisual mainly in the field of archives, preservation, history and document management. 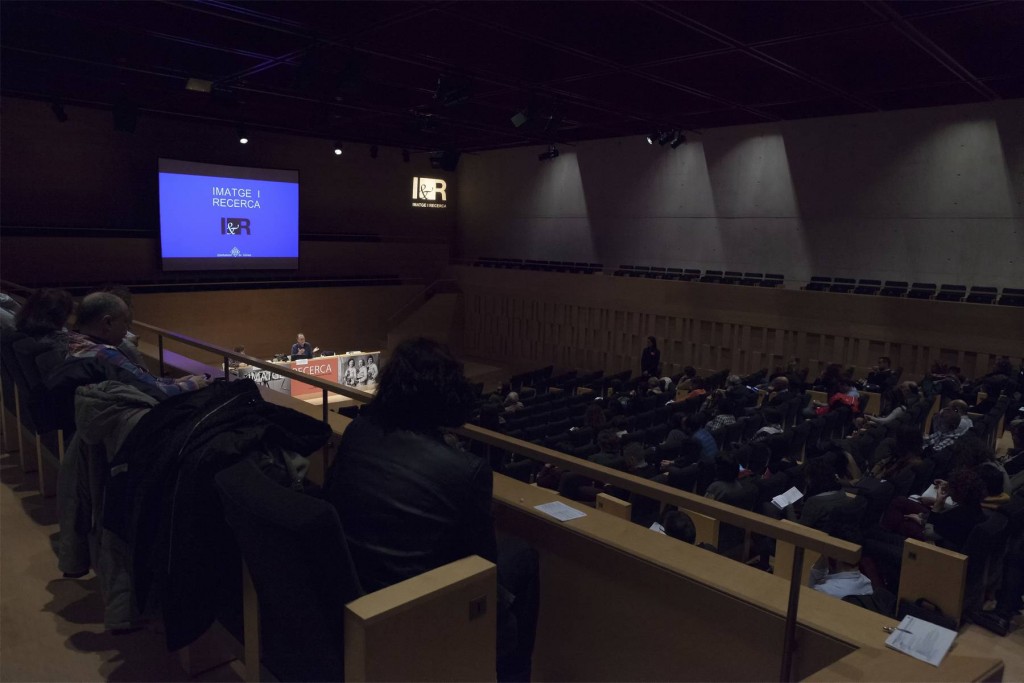 The Conference started on the 16th with the completion of four different workshops.  At the morning and afternoon session two workshops were organized. One of them was “Software analysis for Image Management” by Juan Alonso, audiovisual archivist at EU. The other was “Colour Conservation” by Pau Maynés, conservator of cultural heritage and teacher at the Institute National du Patrimoine (Paris). At the afternoon session two other workshops were organized. One of them was “Preforma: a tool to improve the preservation of digital cultural heritage” by Magnus Geber, Principal Administrative Officer at the Information and Preservation Department at the National Archives of Sweden; Antonella Fresa, General Manager and Administrator of Promoter (Italy); Miquel Montaner, CTO at Easy Innova (Girona).  The other was “Photography at the eCultureMap” by Frank J. Zakrajsek, researcher at the Institute for the Protection of Cultural Heritage (Slovenia), a workshop organised with the collaboration of Michael Association. 70 people attended the workshops.

On the 17th and 18th it took place the sessions for papers and presentations that make up the main event of the Conference in the Girona Conference Centre. To highlight the speakers we quote Peter Schelkens, from Vrije Universiteit Brussels and member of the JPEG Committee, who gave an overview of the JPEG format considering its new functionalities according to the technological development. Patrick Peccate, researcher at the École des Hautes Études en Sciences Sociales, EHESS (Paris), dedicated his talk to the analysis of photography at Social Networks, with especial emphasise to metadata impact. Xavier Antich, professor of Philosophy at Universitat de Girona, made a series of reflections on the role of photography in front of memory problems in circumstances of war and dictatorships. Last, Joan Boadas and Pau Saavedra, Director and Technician at CRDI – Girona City Council, explained the importance of the archival treatment experience with the sound and audiovisual records from Nuclear Claims Tribunal of the Republic of the Marshall Islands. 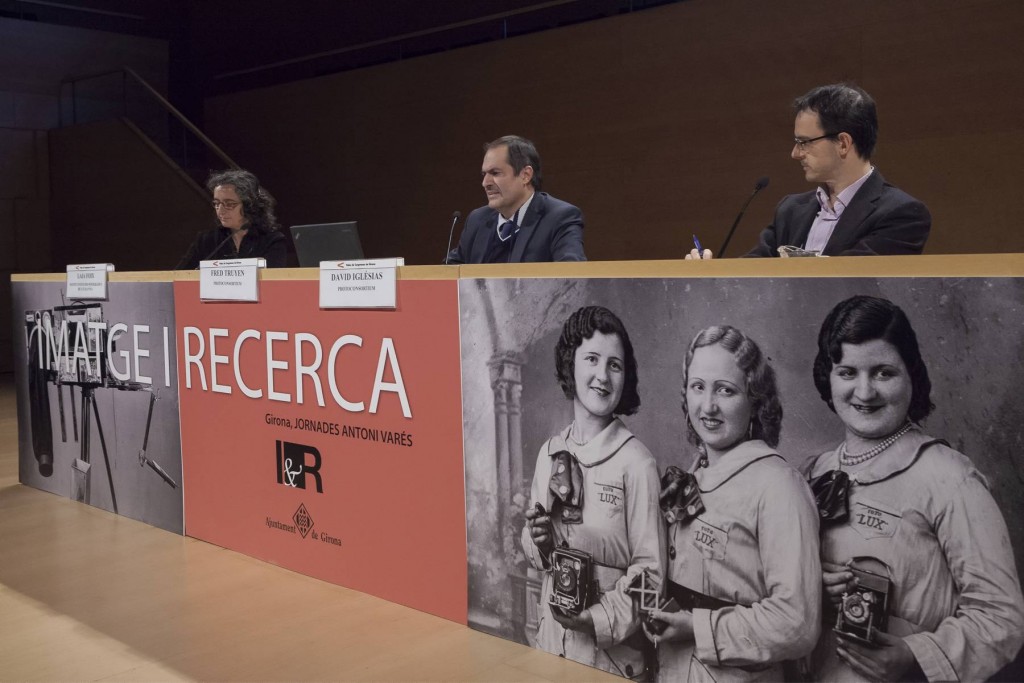 In the experiences session we quote the speakers that took part of the Conference. Fred Truyen and David Iglésias, President and Officer of PhotoConsortium (The International Consortium for Photographic Heritage), they talked about goals, experiencies and oportunities for Photoconsortium members. Lorna Arroyo, Professor at Universidad Internacional de la Rioja (UNIR) presented a talk about strategies to consider for photography exhibitions. Sergi Griñó, Director of Album Company, presented the results of its works regarding image recognition, focused on the Image Registry software. And last, Montse Aguer, Rosa M. Maurell and Carme Ruiz, Director and Coordinators of CED explained  the works at Centre d’Estudis Dalinians. 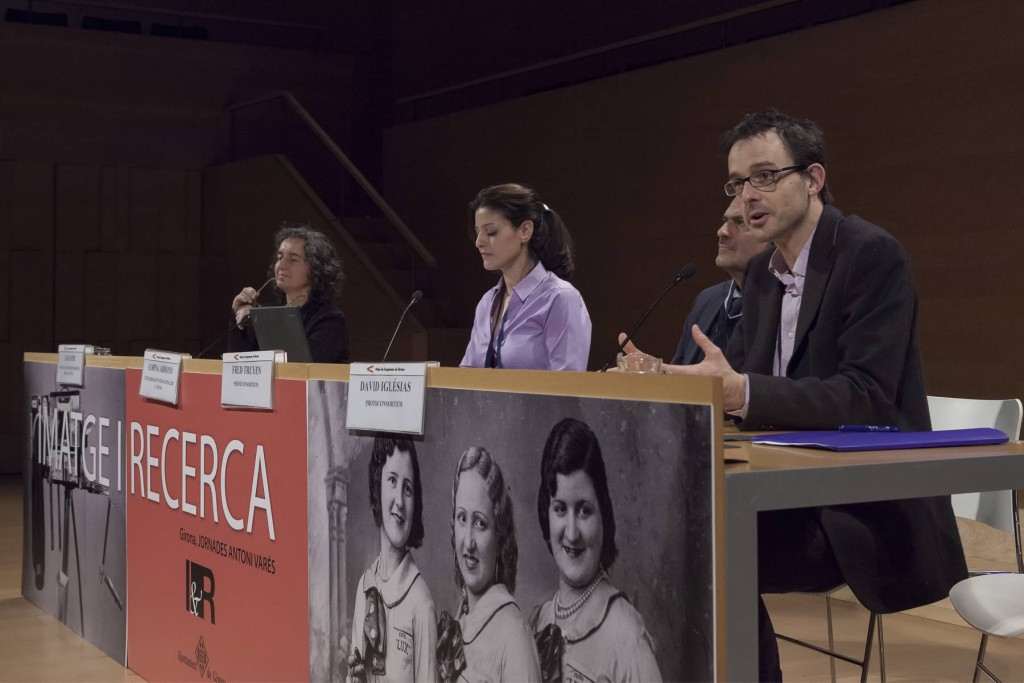 The program gives also special importance to the debate and participation. On the 18th it took place the round table titled ” National Plans of Photography: Models, valuations and proposals” in which participants talked about their different point of views and they made a critical assessment about the results of these plans, that received some criticisms from the audience. In this table were involved Elisenda Vidal, as a moderator; the Director of Centre de Recerca i Difusió de la Imatge (CRDI), Joan Boadas; the representing oh photographers union (UPIFC), Pepe Baeza; the responsible of Servicio de Documentación del Instituto del Patrimonio Cultural de España, Rosa Chumillas; the Head of the Department of General Coordination of Archives at Generalitat de Catalunya, Enric Cobo; and a representing of Associació d’Arxivers de Catalunya (AAC), Jordi Serchs. It was also involved David Iglésias, as a rapporteur of the online debate on Facebook.

Last, we should mention the session of 18th afternoon dedicated to papers. 34 papers were presented and that makes evident the need to count on this kind of forums to share knowledge and experiences. Once again, the two-days meeting in Girona was for all of us a good opportunity to be in contact with colleagues with different backgrounds, but with a shared interest: the photographic and audiovisual heritage.

Link to the papers: http://www.girona.cat/sgdap/cat/jornades_actes.php

Link to the photographic reportage: http://www.girona.cat/sgdap/cat/jornades_imatges.php