In February 2015, a lab test was designed to investigate the usability of the Berlin Wall application, which is representative of an interactive TV application using valuable cultural heritage content. The test was conducted with the on-air application. Test participants were sat in front of the TV set and interacted with the application by using the TV remote control. 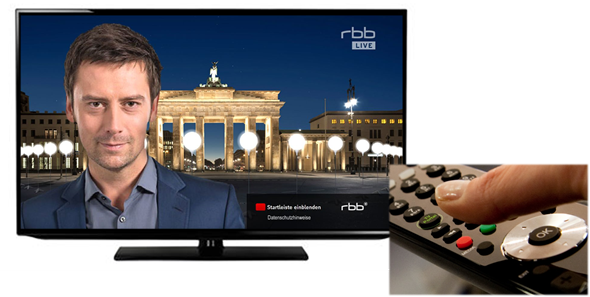 The test was composed of four parts:

The test was conducted with a group of 8 persons. The group was aged between 20 and 74. For the test evaluation, we decided not to separate the results by age or gender groups to avoid the risk of a biased evaluation of issues. The test group answered a pre-test questionnaire to assess media consumption habits, technical skills and possible role as multipliers.

The basic insights were: