in Amsterdam, on 8-9-10 May, be ready to experiment with Europeana TV pilot!

The Europeana TV Pilot (interactive television) of Europeana Space has made significant progress on the realization of two scenarios to experiment with, being:

Both scenarios are generating prototypes, and the pilot is getting ready for a big Hackathon event in Amsterdam on 8-9-10 May.

The work on the local scenario is in full progress. Two workshops took place between the pilot members in the past months, to work out the details of the scenario, the needed features, the wireframes for the interface, and a design document detailing all user requirements. Particularly useful and outcome-generating was the workshop held in November 2014, where the ReWind app was presented. 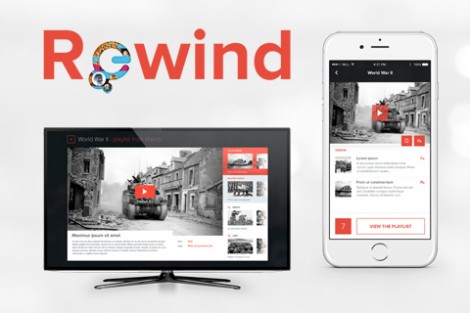 Work on the broadcast scenario is also progressing according to plans. In this scenario, workshops were held too: at the first workshop in August the “Chance discovery of rich cultural content” use case was discussed with the partners. A version of the Smart TV app “The Berlin Wall” was created and has been publically available since the 3rd October 2014 on rbb fernsehen, RBB TV channel.  The idea was to create and test a model app, to provide certain requirements and to serve as the basis for further work on the broadcast scenario, and use this input for workshops.

Another workshop was planned in February 2015 in Berlin. The plan is to re-create an app similar to “The Berlin Wall” app using tools provided by the partners to curate content from European and create a broadcast standard application for Smart TV (HbbTV). 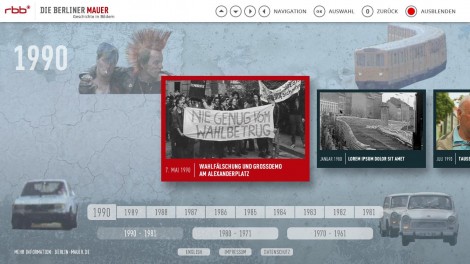