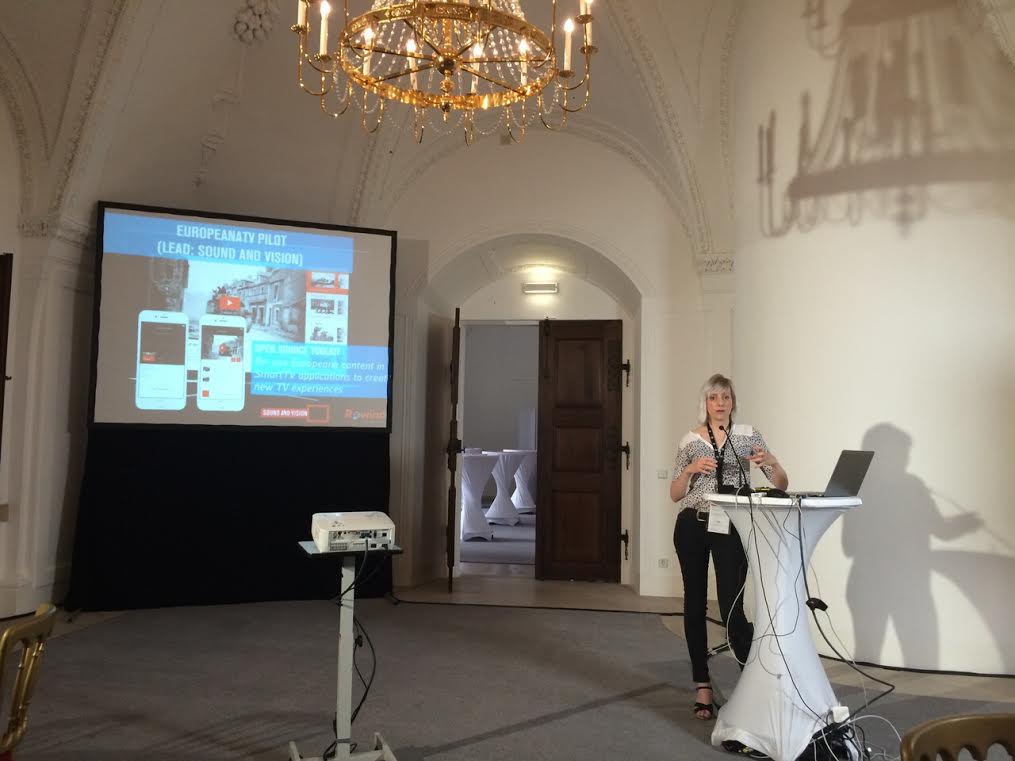 At the Europeana Creative “Culture Jam” event, the closing conference of the widely praised Europeana Creative project at the National Library of Austria on July 9th and 10th, the Europeana Space project was brought to the attention of the creative industry scene in Austria. During various sessions the EuropeanaTV pilot was demonstrated and the upcoming hackathons and business modelling workshops were announced. 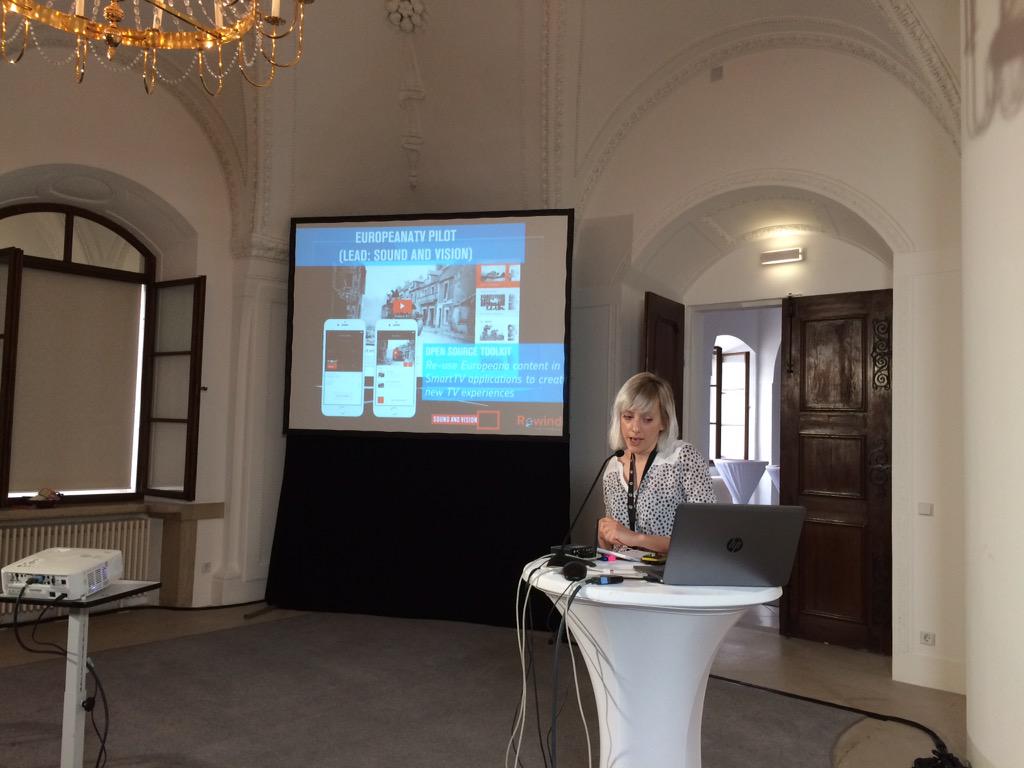 EuropeanaTV at Culture Jam 2015
The EuropeanaTV pilot was promoted by Kelly Mostert during “Poster Madness!” and through a poster stand in the beautiful ONB reception hall. The poster attracted the attention of several creative entrepreneurs and creative thinkers. Furthermore, during a demonstration session the EuropeanaTV pilot and several apps were demonstrated and explained by Kelly Mostert in the workshop space. 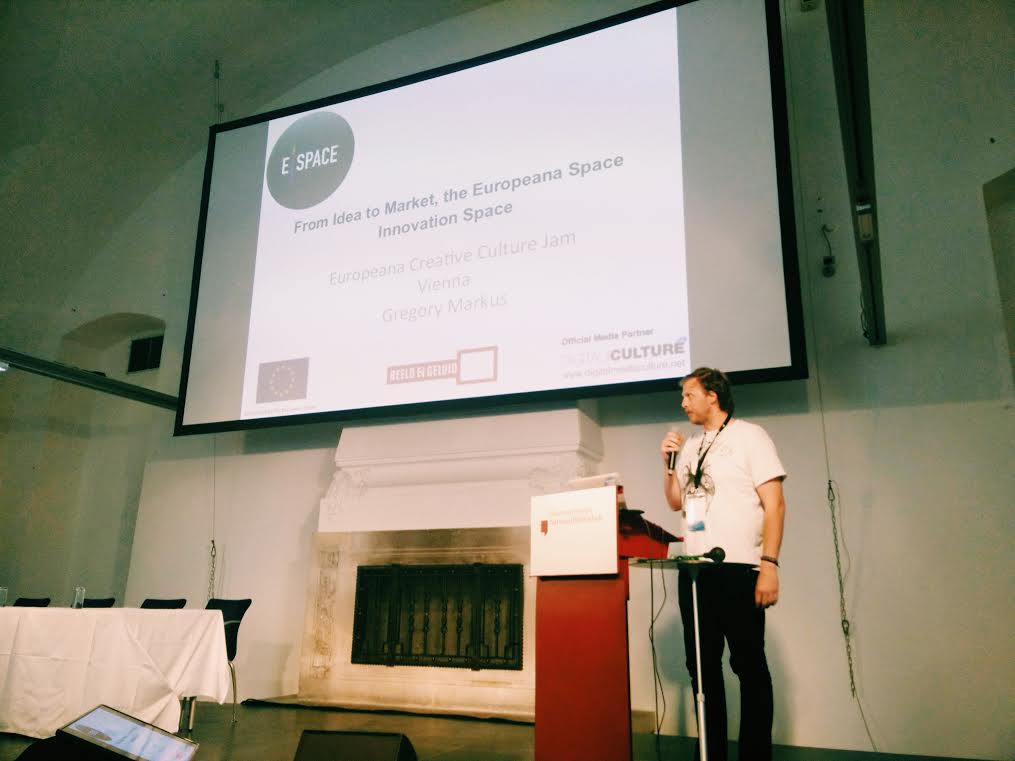 Read more about the highlights of Creative Culture Jam 2015: