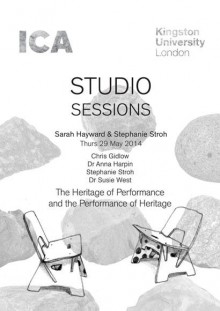 Capturing the Intangible was a two-part event taking place at the Institute of Contemporary Arts, in London, on the 29th May and 5th June 2014, at 6-8pm.

A unique panel of speakers attended each evening. The panel consisted of four speakers and the evening begun with each speaker taking approximately ten minutes to introducing their relevant area of expertise in relation to the evening’s theme. A discussion session followed, including the opportunity for members of the audience to put questions to the panel.

A recent shift can be identified in the wider field of heritage discourse, which challenges materialist approaches to heritage and re-conceptualises heritage as a cultural process. No longer universally accepted as being inherently contained within the physical and tangible fabric of historic sites, buildings and objects, heritage is now being re-defined as the practice and discourse which take place at sites and with objects. Some might even suggest that all ‘heritage’ is, in fact, intangible.

One of the topical discussion areas which have emerged from this relatively new debate centres on performance – and performativity – in heritage:

The aim of the panel discussion was to introduce the notion of intangible heritage and its relationship with performance. From this starting point, it focused on specific examples of the use of performance within heritage practice.

The theme of the 5th June was The Relevance of Memory to Creativity and Cultural Development in the Digital Age. 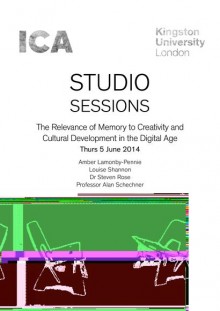 The evening consisted of guest speakers presenting/interpreting the title of the talk from their own discipline perspective. There was then space for discussion, debate and audience participation.

Memory was explored through the developing relationship between material and virtual culture, considering why the storing and reconstitution of memory is relevant to cultural development. The talk explored the evolution of creativity, communication and the new order of declassification.

Keynote speakers from the fields of Creativity, Science, Technology and Education were invited, with the aim of developing networks and fields of common interest. The event organisers  are interested in expanding the potential of transdisciplinary research in Art & Design History, Material Culture, Memory, Narrative, Simulation, Identity, Technology, Curation and Education.

The aim of the panel discussion was to discuss the relevance of material knowledge to virtual culture, whilst considering the future role of the Cultural Institution.