Europe’s cultural heritage (built and natural) has a huge value for Europe’s economy, society and environment. To this end there is a need to develop an EU strategy for cultural and natural heritage, a strategy that values heritage as a crucial asset and resource. Such a strategy should be fully integrated within the EU’s key economic priorities as set out in the overall EU strategy for 2020. It should also enable heritage’s contribution to the EU agendas on sustainability, Creative Europe, research and innovation, climate change, energy saving, regional and rural development and territorial cohesion.

Cultural Heritage Counts for Europe: Towards a European Index for Cultural Heritage is a two-year project funded by the EU Culture Programme (2007-2013). Recently concluded, the project aimed to raise greater awareness on the multiple benefits of cultural heritage and present policy recommendations for tapping into heritage’s full potential. 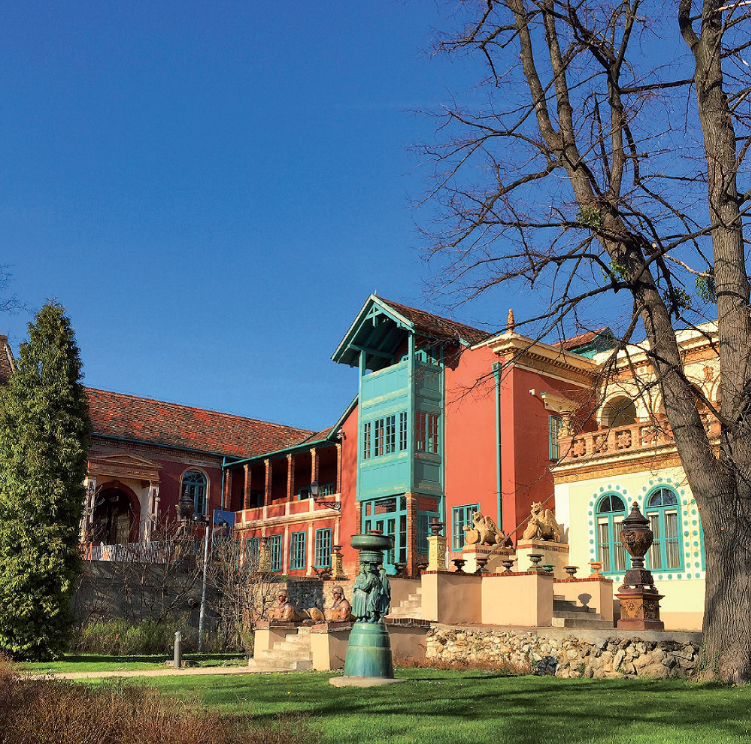 Zsolnay Cultural Quarter in Pécs, Hungary, created during the European Capital of Culture project in Pécs in 2010. Now one of the main sites impacting the city’s attractiveness and brand. (Photo: Rosino, cc by-nc-sa 2.0)

Made up of a consortium of six partners from Belgium, The Netherlands, Poland and the United Kingdom, Cultural Heritage Counts for Europe had the ambition to present solid and persuasive arguments for convincing policy and decision makers on the impact and multiple benefits of investing in European heritage, thanks to a mapping of existing evidence-based research at European, national, regional, local and/or sectoral level. The aim was also to reach 300 Heritage NGOs and Agencies throughout Europe, 300 universities and educational institutions, public and private corporations, from the local to the European level ones, and the wider interested public.

The Cultural Heritage Counts for Europe project has resulted in a nearly 300 page report that provides compelling evidence of the value of cultural heritage and its impact on Europe’s economy, culture, society and the environment. The full report is available for free download.

In the report’s Executive Summary and Strategic Recommendations, the project’s Steering Committee calls for the elaboration of specific “heritage indicators” to facilitate and improve the collection of cultural statistics which are key to support policy makers in evidence-based policy making; for the holistic impact assessment to be conducted as a requirement in all EU-funded heritage projects to better measure impact and monitor trends over a longer period of time. The Steering Committee also asks EU Institutions and its Member States at all levels of governance to integrate the care, protection and proper use of heritage in all related policies, programmes and actions and to include all stakeholders and civil society in developing strategies and policies for cultural heritage. Last but not least, it calls for the recognition of heritage’s positive contribution to regional and local sustainable development in the context of the mid-term review of the Structural Funds (in 2016-2017) and the preparation for the next generation of Structural Funds beyond 2020.

In addition to the key findings and strategic recommendations, the report provides a snapshot in time of the currently available and accessible data within EU Members States on the wide-ranging impacts of cultural heritage in Europe. To illustrate and complement the key findings and conclusions from the macro and meso level research that was set out in the main body of the report, case studies from Belgium, Poland and laureates of the EU Prize for Cultural Heritage/Europa Nostra Awards have been selected to provide “real-life” examples of where heritage is perceived to have succeeded in having a positive impact in the economic, social, cultural and environmental domains.

About Europa Nostra, the project leader:

Europa Nostra represents a rapidly growing citizens’ movement for the safeguarding of Europe’s cultural and natural heritage. Its pan-European network is composed of 250 member organisations (heritage associations and foundations with a combined membership of more than 58 million people), 150 associated organisations (governmental bodies, local authorities and corporations) and also 1300 individual members who directly support its mission. In 2013, Europa Nostra celebrated its 50th Anniversary.

Together, the Europa Nostra members form an important lobby for cultural heritage in Europe: they coordinate the European Heritage Alliance 3.3, an informal European sectoral platform composed of 32 networks and organisations active in the wider field of cultural heritage, and the European cooperation project “Cultural Heritage Counts for Europe: Towards an European Index for Valuing Cultural Heritage”, supported by the EU Culture Programme;  they celebrate excellence through the annual European Union Prize for Cultural Heritage/Europa Nostra Awards; they campaign to save Europe’s endangered historic monuments, sites and landscapes. Their last flagship programme of the “7 Most Endangered” sites and monuments in Europe was launched in January 2013, in cooperation with the European Investment Bank Institute as a founding partner.

They are the Voice of Cultural Heritage in Europe. Visit www.europanostra.org