What can Europeana bring to Open Education?

presentation by prof. Fred Truyen at EADTU 2016 conference in Rome

Over the past years, universities have intensified a deeper transformation of teaching and learning in higher education, based on e-learning and online education. New modes of teaching and learning create new opportunities for enhancing the quality of the learning experience for on campus students, for reaching out to new target groups off campus and for offering freely accessible open education through the internet (OERs, MOOCs). They support the quality, visibility and reputation of the institution. 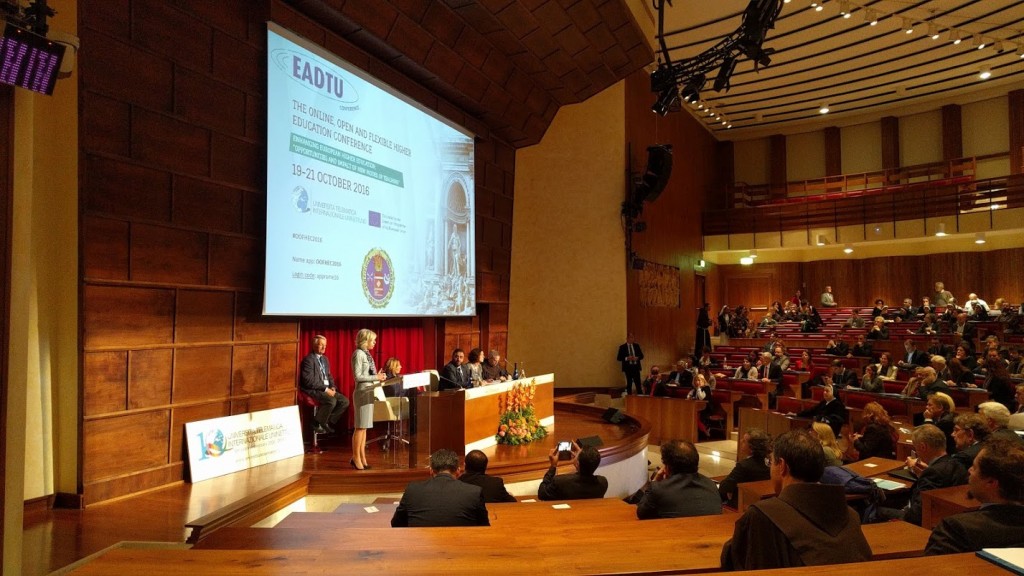 Fred Truyen (KU Leuven, Belgium) presented on 20th October a paper co-written with Clarissa Colangelo and Sofie Taes, entitled “What can Europeana bring to Open Education?“, focusing on the potential of Europeana portal for education, and highlighting the experience of  Europeana Space: creative reuse of Europeana content and the E- Space MOOC (currently ongoing with ca. 650 students).

Abstract: Europeana is Europe’s main culture portal, with now about 50 million objects of Cultural Heritage, including documents, images, videos and audio recordings. It is well known by Libraries, Museums and Archives as well as scholars for its trusted content. However, it is still underused in Education. Several factors make it an ideal tool for higher education. First of all, there is the quality: the cultural heritage objects described in Europeana come directly from the source, from the current holder, and have been digitized to high standards. Second, an ever growing part of it is available for public reuse, and openly licensed, as the European Commission pushes Cultural Heritage institutions to open up their collections. Thirdly, and this might be of growing interest, it shows Europe to its full diversity, in contrast to many current educational resources such as schoolbooks. It holds records from Central and Eastern Europe as well as those of Western Europe. Last, Europeana is transforming from a portal into a platform for reuse, educational as well as commercial. It wants to offer higher quality primary source material in a way that it can be integrated in educational apps, but also in an interactive way in online learning such as MOOCs. In this talk, we will discuss two examples from Europeana Space: creative reuse of Europeana content and the Europeana Space MOOC. ​ 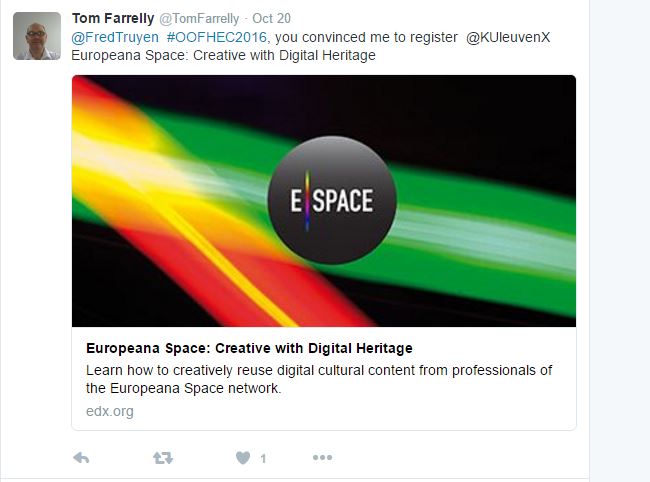