The theme of the exhibition is ‘Vintage Fashion from the Archive’

Demonstration of the Pop-Up Museum from Beeld en Geluid Labs on Vimeo.

WHY A POP-UP MUSEUM?

In the past few years a lot of valuable cultural content has been digitized: millions of photos, videos and sounds have been made available on the internet. In the three year EU project Europeana Space several pilots have been tried and tested – in the field of interactive TV, museums, games, photography, museums and hybrid publishing – to research new possibilities use this digital heritage and make it relevant for new audiences.

While digital cultural content has garnered many online and virtual exhibitions and has been succesfully picked up by Wikipedia, we think that especially the high resolution material can be better viewed in a physical curated space. In the Pop-Up Museum concept digital material can be viewed and culture can be experienced without the distractions of other apps and e-mail on your laptop or desktop computer. Time-based media such as videos, that require the viewer to take some time to view, can be specifically programmed to make sure the viewer can view it in its own right. 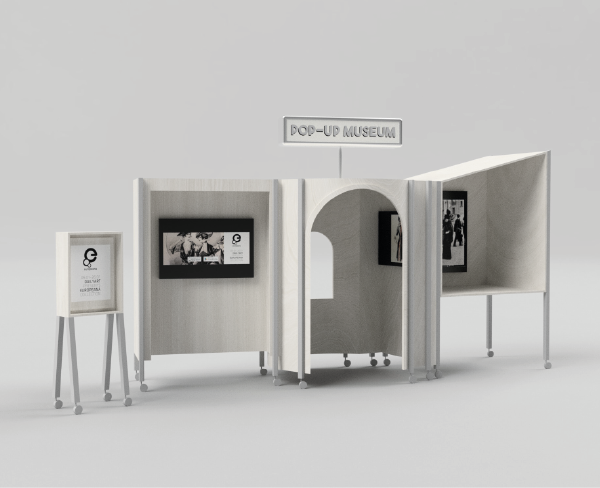 HOW IS IT MADE?

The software that can be viewed on the screens and smartphones is developed by Noterik BV. Several interactive applications using cultural heritage have been built and tested within the aforementioned pilots and during the Multiscreen Hackathon in Amsterdam. Noterik uses HTML5 software to produce different interaction and playout possibilities between screens. There is also a special editor being developed to control and set up the exhibition, its content and interactions. The software developed by Noterik for this concept goes by the name of MUPOP.

The physical installation, which is shown on the image above, was built by design studio Staalslagerij based in Rotterdam. It’s about 8 meters wide and 2 meters high, and it can be set up in a modular way.

To test the Pop-Up Museum with a public audience it has been taken in to regular programming activities at the Sound and Vision museum in Hilversum. Currently they are running an exhibition on YouTube with the temporary theme Beauty + Fashion. Thanks to the editorial efforts of Evelien Wolda, Kelly Mostert and Marta Franceschini (of Europeana Fashion) amazing content has been found fitting within the Fashion theme. It shows current and historical fashion and considers the ‘vintage’ hype, looking at styles and customs from previous eras and designers. Together with the help of the museum department at the Institute the pop-up installation has been programmed from the 12th until the 19th of January.

WHAT CAN YOU SEE?

Every screen shows a different mini-exhibition and starts with instructions on how to start the screen with your smartphone. Headphones can be used and are available at the installation. When you press ‘start’ you hear a voice-over introducing you to what you’re about to see next.

WHERE CAN I SEE THE POP-UP MUSEUM?

The following days the Pop-Up Museum was on show at the Netherlands Institute for Sound and Vision in Hilversum: 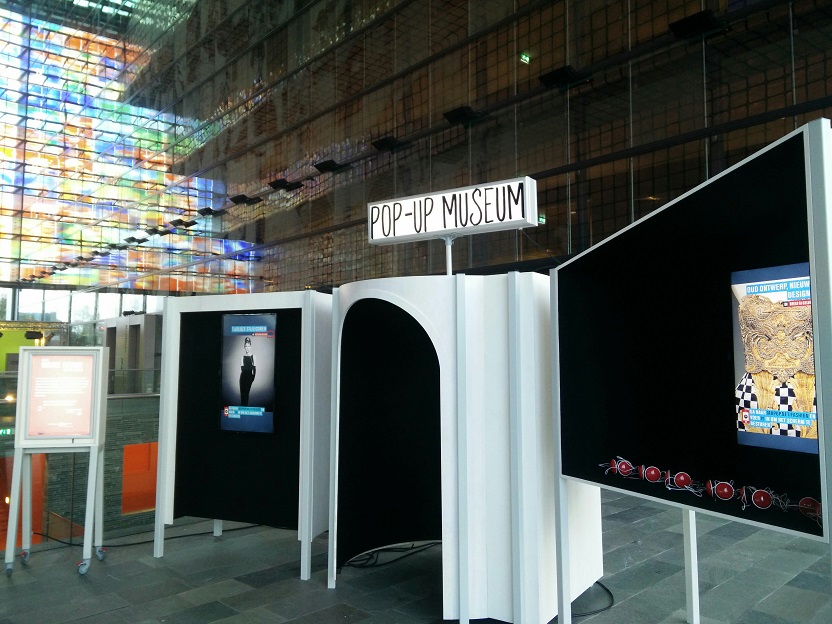 After the Europeana Space project ends we hope to show the Pop-Up Museum in different places. If you are interested in using this concept, please visit www.mupop.net for more information. 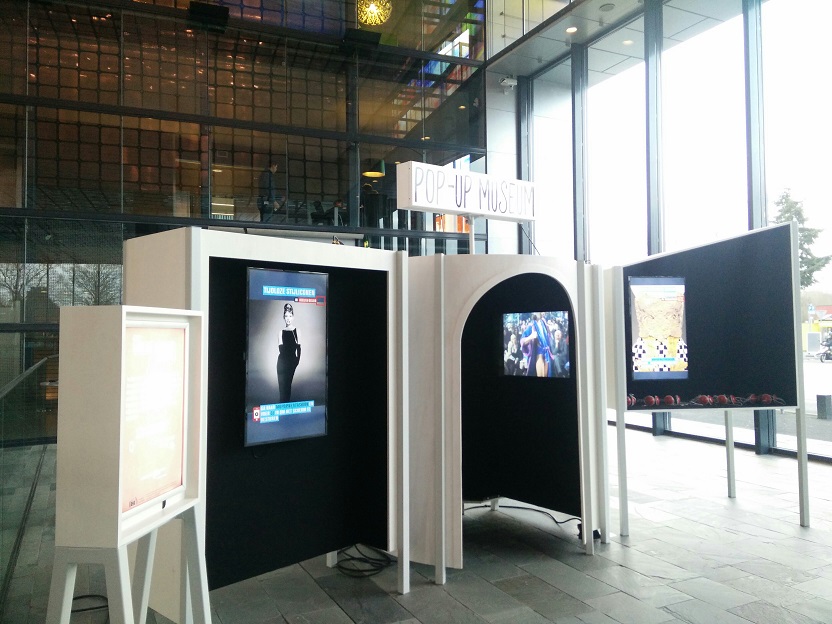