Towards a permanent coordination structure for cultural heritage research 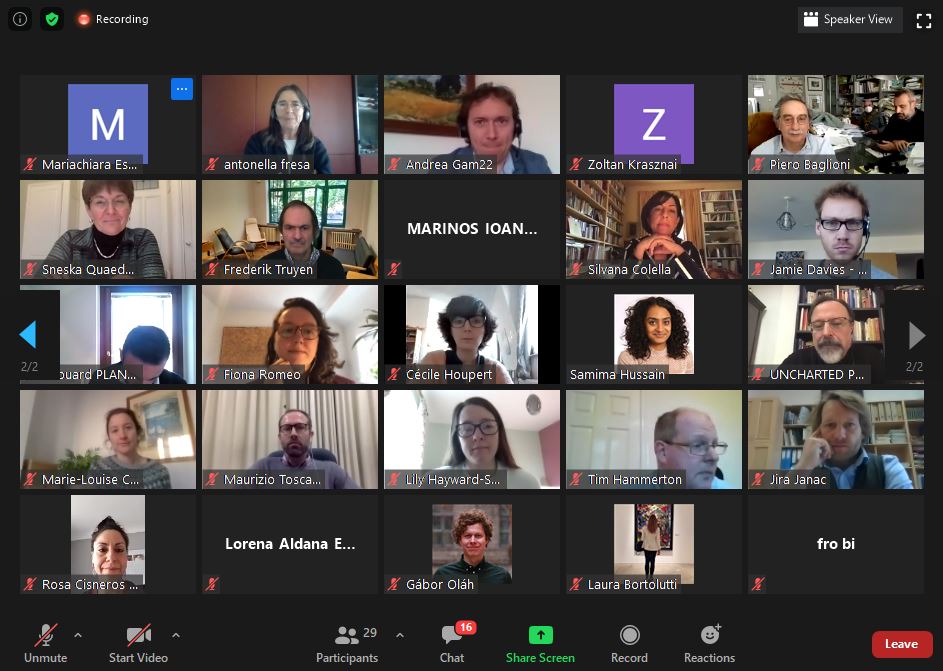 One year after the “Horizons for Heritage Research” Symposium held in Brussels in March 2019, under the aegis of the European Commission, the REACH project planned to continue the discussion about the need a permanent coordination structure of the cultural heritage research during its Conference planned in June 2020. Because of the pandemic, the Conference was cancelled and it was not possible to carry on the work.
However, the coordination structure of cultural heritage research is still a priority in the agenda of many stakeholders in Europe.
For this scope, the REACH project promoted the Stakeholders’ meeting on 26 November, to follow-up the ideas emerged in the Symposium and to plan future actions.
The meeting was held online and joined by representatives of several Horizon 2020 projects, EC Direction General Education & Culture, EC Direction General Research & Innovation, Europa Nostra, the ECHOES Cluster, Eurocities, Europeana Foundation, Photoconsortium Association, UNESCO, Wikimedia and, of course, members of the REACH Consortium.
Participants debated on the main features of the coordination as illustrated in the following slide presented at the meeting by Prof. Neil Forbes of Coventry University, Coordinator of the REACH project. 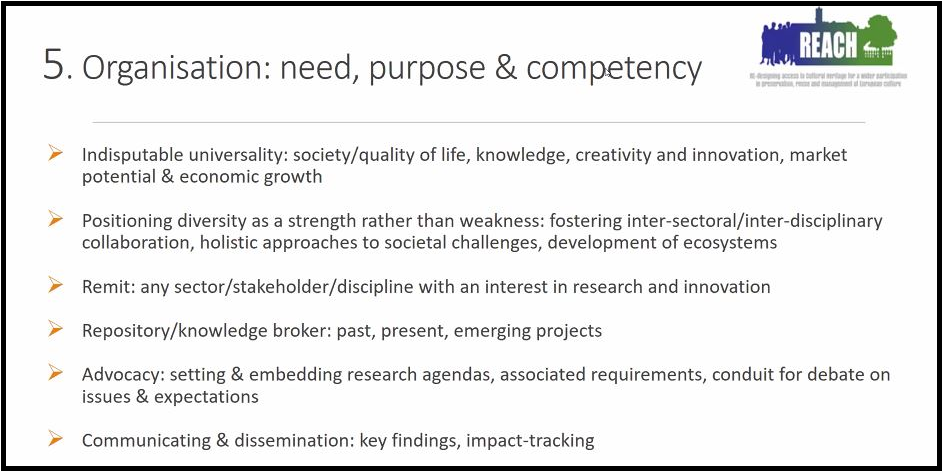 The meeting was concluded with the agreement of the participants to create two working groups about:
1) the permanent on-line space for communication and negation among actors of cultural heritage research
2) the periodic physical encounter of the members of the coordination, for example in the form of a scientific conference
Follow us online on the website of the REACH project to be updated about the next steps: www.reach-culture.eu