Promoting Cultural and Creative Industries: Maximising their Economic and Social Contribution in the EU

Europe is the second largest Cultural and Creative industries (CCIs or Cultural and Creative sector, CCS) market in the world after Asia. A study by ‘Cultural Times’ estimates that European Union creates 32% of global CCI revenues and 26% of world-wide CCI jobs. Numerous surveys have proven that this field is one of the most sustainable in times of crises and can more easily adapt to the changing conditions. According to Eurostat, in 2015 the cultural sector constituted 2.9% of the total European workforce. The whole CCIs sector represents around 4% of European GDP and provides jobs to 8 million people (European Commission, 2017). The CCI sector is an important player in the economic and political context, and its strength lays on its ability to encourage both competitiveness and inclusiveness in different fields of business, although its further development still encounters certain obstacles. 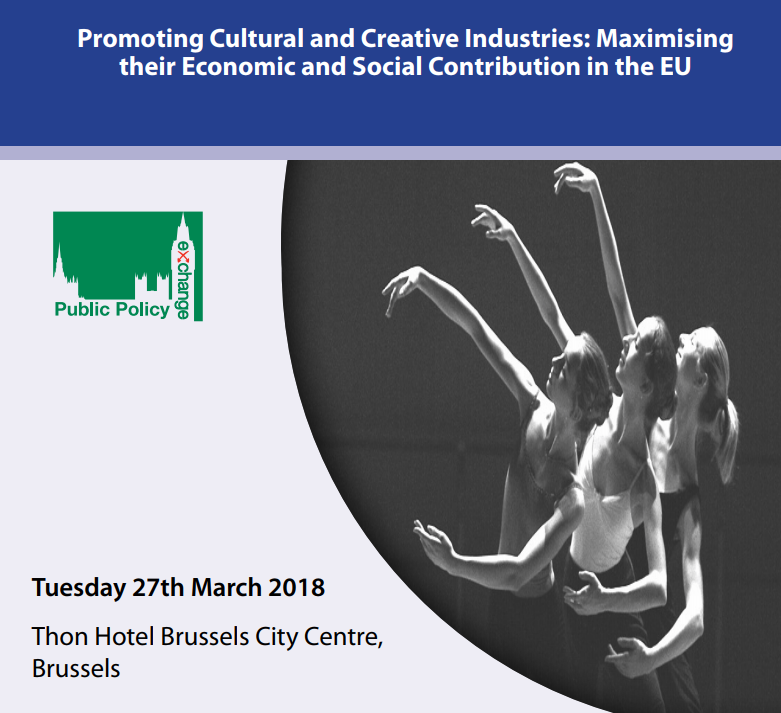 During the last years, the European Union has launched a number of initiatives to support and promote the CCIs. In addition to the €1.5 bn Creative Europe Programme adopted in the framework of the 2015-2018 Work Plan for Culture, in May the European Commission approved a strategy for international cultural relations based on the communication ‘’Culture in the heart of International Relations’’. Moreover, in the input document for the Summit of European leaders in Sweden (November 2017), the Commission invited Member States to include the CCIs in the education system, strengthen their position in the economic market and facilitate access to the available start-ups funds. The European Commission set the following ambitious objectives for 2025: boosting Creative Europe’s Guarantee facility, starting #Digital4Culture strategy and updating European Agenda for Culture.

Despite the many positive initiatives taken by the EU, the CCIs’ capacity is not fully exploited, often undervalued and lacking concrete support from the national and international authorities. At the same time, the cultural sector is undergoing considerable changes due to the digital revolution. Legislation struggles to follow these changing circumstances and CCIs’ potential remains blocked by bureaucratic and administrative requirements, lack of data and weak cross-sector coordination. This leads to challenges in the field of author rights protection, training possibilities and market harmonisation.

This timely symposium, organised in the European year of cultural heritage, will evaluate recent initiatives and policy developments in the field of Cultural and Creative Industries, and present good practice and emerging challenges to the sector. Participants will exchange views and perspectives on the possible strategies to tackle these challenges, and will debate the role of CCIs in national politics, education, international communication and social inclusion.

Early bird rate: a 20% early registration discount off the standard delegate rates (subject to type of organisation and terms and conditions) for bookings received by the 16th February 2018. For further details, please refer to the enclosed event brochure.