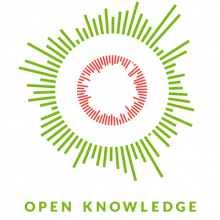 Open Knowledge is a nonprofit organisation that promotes open knowledge, including open content and open data. Open Knowledge hosts over 20 working groups: domain-specific groups that focus on discussion and activity around a given area of open knowledge. OpenGLAM is an initiative run by Open Knowledge since 2012 for the promotion of open cultural content. The OpenGLAM working group is a global network of people who work to open up cultural data and content held by GLAM institutions. The OpenGLAM community provides documentation for cultural institutions wanting to open up their data and content and regularly organises events and workshops bringing together groups that are committed to building an open cultural commons.

With such great OpenGLAM credentials it seemed natural for Open Knowledge to participate in the Europeana Space project to cooperate on WP3 – The Content Space. 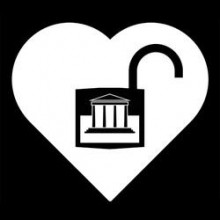 Open Knowledge will be providing a ‘Knowledge Base’ on ‘Open Content Exchange’ known as the ‘OpenContent Exchange Platform’ for the Content Space. This platform will comprise of collated public domain and open content materials related to the value of digital public domain and best practices around open licensing. One particular area of focus will be the monetising of Europeana open content by creative industries and the challenges this poses related to IPR.

It is anticipated that results from the platform will inform further research and policy making in the cultural heritage sphere, specifically around business models for open cultural content. Any poorly covered areas in the currently available materials will be identified with the intention of ‘filling in the gaps’.

Handing over a book from the Institut für Realienkunde. This image is Public Domain marked and available on Europeana portal.

The OpenContent Exchange Platform will be an online, publicly accessible platform consisting of:

A first version of the OpenContent Exchange Platform will be ready in early 2015: the full version is planned for February 2016.

Lieke Ploeger is community manager of the OpenGLAM initiative and project co-ordinator of the DM2E project at Open Knowledge. OpenGLAM is focused on promoting free and open access to digital cultural heritage held by Galleries, Libraries, Archives and Museums, while DM2E is building the tools and communities to enable humanities researchers to work with manuscripts in the Linked Open Web. Before joining Open Knowledge, she worked at the National Library of the Netherlands, where she was involved in several large-scale European research projects, such as IMPACT in the area of digitisation and SCAPE in the field of digital preservation.

Marieke Guy is a project co-ordinator at Open Knowledge. She is just completing work on the LinkedUp Project through which she supported a series of competitions aiming to get people to reuse open and linked data relevant to education. Many of the LinkedUp Catalogue datasets have come from the GLAM community and many of the tools developed have been museum related. Prior to working for Open Knowledge she spent 13 years at the University of Bath based at UKOLN, where she worked on a variety of Cultural Heritage projects including Cultivate, Exploit and IMPACT – a mass digitisation project which aimed to improve access to historical text. Marieke is co-ordinator of the Open Education Working Group and writes a blog about Remote Working.