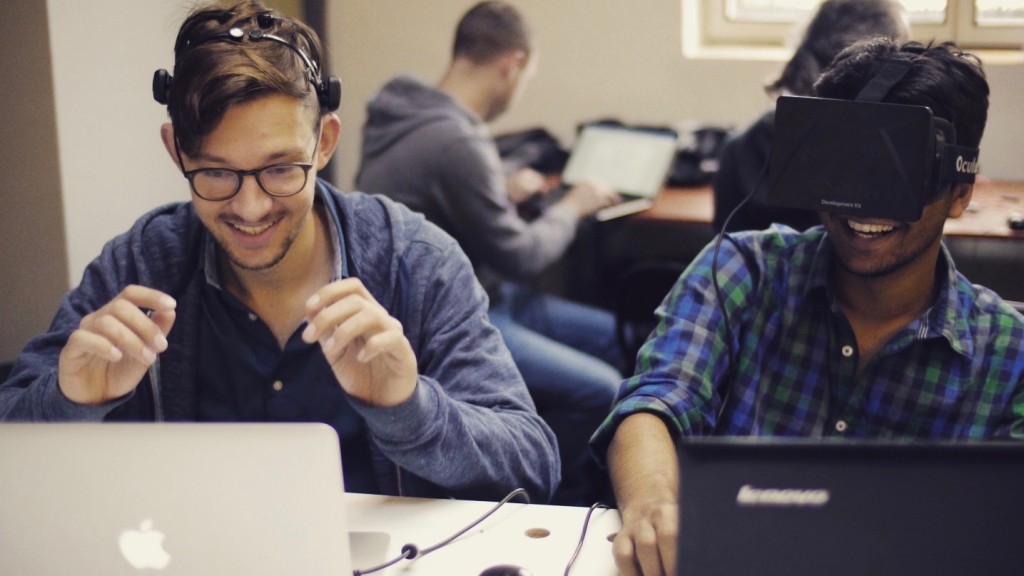 It starts with waves
Brainwaves have been used in different and fascinating innovations in the past few years. While they hold big mysteries to themselves, they can be captured using an EEG (electroencephalogram) device. The magnitude of captured information is enormous. In this interwind of data, humans need help to find the existing patterns. Technology translates the waves to simple human terms. The nerds call it human readable.

Technology lacks emotion feedback
Tech and gadgets are void of any emotion feedback by users. They are unaware of the users emotional state and unresponsive to the users situations. This human feedback can expand the user experiences. Human emotions are complex and reacting to this new information horizon is no simple feat. Imagine your house trying to cheer you up in the time of sadness or your game console recognising and adapting to your fear inside a game.

What we do
We are Nous. The prototype uses a commercial of the shelf device to capture brainwaves and open source applications to pre-process the data. The timed information is analysed in a Machine Learning environment. The result is the emotional state of the user. The future product will be an API that can use every of the shelf EEG device available in the market. It will have a simple interface which reports the state of the user emotion. It can also combined with a VR device for a total immersive experience.

NOUS was one of the winner projects of the E-Space Hacking the [Dancing] Body in Prague (November 2015) and was further developed during the E-Space Business Modelling Workshop series.

Discover the 7 projects incubated by E-Space