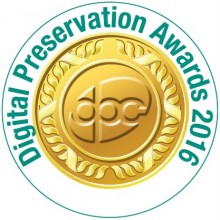 The prestigious Digital Preservation Awards is the most prominent celebration of achievement for those people and organisations who have made significant and innovative contributions to maintaining a digital legacy, and will culminate in a glittering awards ceremony at the Wellcome Trust in London on Wednesday 30th November 2016.

The work of finalists and winners of the Digital Preservation Awards enjoys an elevated profile within the digital preservation community, with individuals and organisations often finding themselves in a much stronger position for further funding and future development. 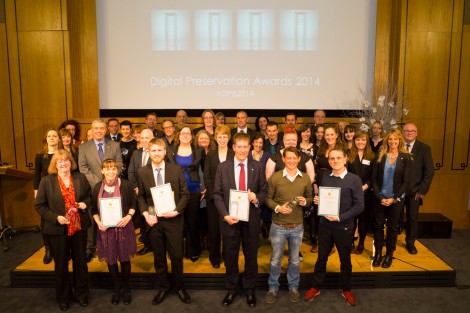 2016 sees the addition of a new award, creating six as follows:

The result of the design phase of the PREFORMA project has been nominated for the Award for Research and Innovation. The main outcome of this phase is the design of conformance checkers for text, image and audio-visual data sets. It includes the full set of technical and functional specifications for developing and deploying the open source tools, which allow memory institutions to verify whether their digital files comply with the standard specifications of specific file formats intended for long-term preservation. It defines also the terms of reference to establish the open source community committed to sustain the software, generate users’ feedbacks, and improve the standard specifications.

The Digital Preservation Awards are supported by leading organisations in this specialist field, including the Nationale Coalitie Digitale Duurzaamheid (NCDD) and National Records of Scotland. Once again kindly hosted by the Wellcome Trust, their London premises on Euston Road will add to the glamour of the awards ceremony on Wednesday 30th November 2016.

For further information and to find out more about how to enter visit the DPA 2016 webpage.