The German Association of Conservator-Restorers (VDR) is delighted to announce the major international symposium “Collecting and Conserving Performance Art” to be hosted by the Kunstmuseum Wolfsburg in Germany on June 9-11, 2016.

The two-and-a-half day event approaches issues surrounding the acquisition of performance art by bringing together conservators, curators, art historians, artists, collectors, researchers, art educators and other professionals, who are involved in the production, distribution, collection, documentation and conservation of performance art. Perspectives on heritage development and documentation in adjacent disciplines, such as theater and dance, are invited to inform the discussion. 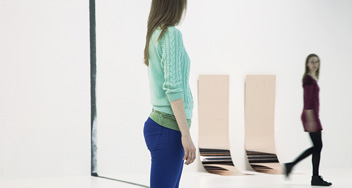 Under investigation will be a variety of existing practices for bringing an artist’s live performance into a  collection, including the license to re-perform the work based on an artist-provided score; film and video recordings of historic or recent performance iterations; autonomous art installations; documentation created by former audiences, participants and producers; and performance props and other objects that represent the live event.