Image Processing, Pattern Recognition, Artistic Use and a celebration of the British Library 1 Million images collection 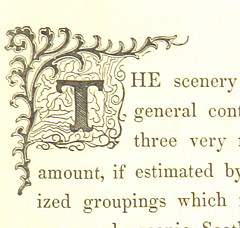 Image Processing, Pattern Recognition, Artisitic Use and a celebration of the British Library 1 Million images collection.

Background to the event

On Thursday 12th of December 2013, British Library Labs and The Digital Research Team in the Digital Scholarship department at the British Library put 1 million images on to Flickr Commons. On the first day, the images received over 5 million views and over the next few weeks they received lots of positive comments from news and media outlets around the world and several uses of the images began to emerge. In October 2014, we reached over 200 million image views, with every image being viewed at least 20 times.

We will tell the story of how some of these images began to be released through our Mechanical Curator on the 7th October, 2013 and why we decided to put all the images online through Flickr commons. There will reports and presentations on the amazing stories that have emerged from skateboards, colouring books, soundscapes, videos, art therapy, georeferencing maps and sounds inspired by the collection, just to mention a few.

A discussion will be facilitated on how disciplinary domains, using similar and different techniques with images, may learn from each other.