Europeana hopes to promote the adoption of the IIIF technology by demonstrating its value.

As part of the Europeana Cloud project, a document proposing data modelling solutions for representing digital objects (such as images) and full-text with a particular focus on Newspapers resources was just released.

One of the use case focuses on the interoperability with the International Image Interoperability Framework (IIIF). IIIF is a standard for serving and consuming high quality images online, with the ability to instruct a server about the desired resolution, or image manipulations such as rotation and zooming.

Europeana hopes to promote the adoption of the IIIF technology by demonstrating its value and, from a more technical perspective, by making Europeana’s own technical stack (including the Europeana Data Model and the Europeana Collections portal) more interoperable with IIIF implementation initiatives. 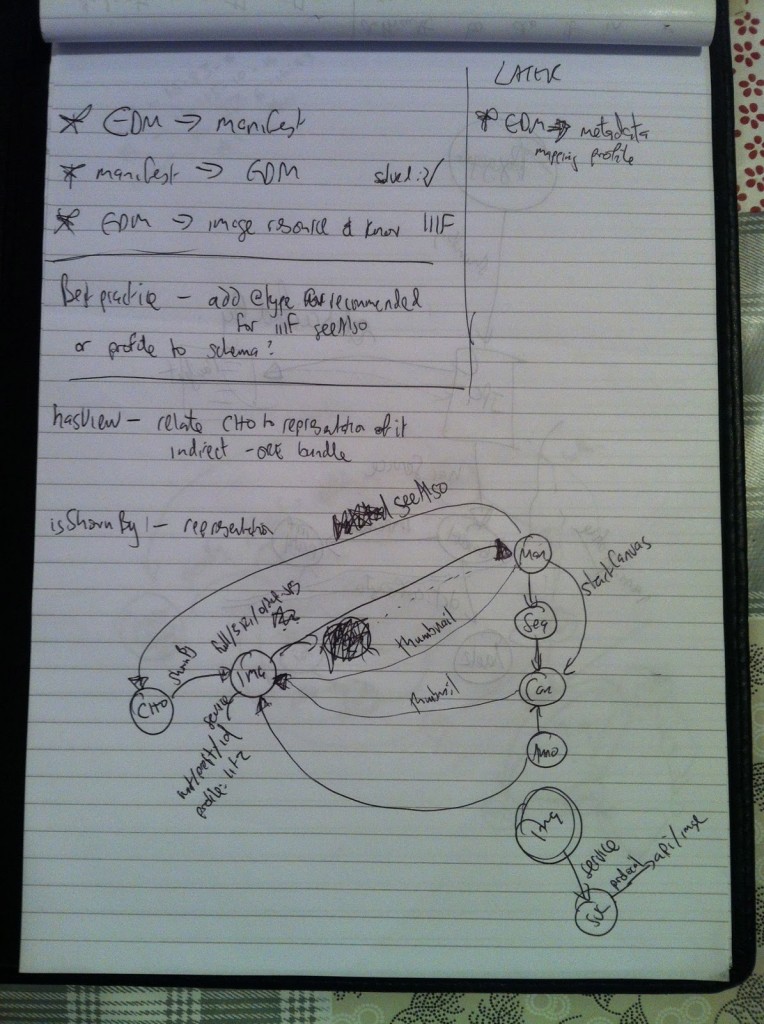 Sketch model from a discussion on EDM and IIIF at IIIF Ghent meeting. Glen Robson, CC BY, from Europeana blog