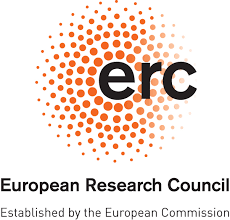 The European Research Council (ERC) and OAPEN Foundation have announced on 2nd February 2016 their cooperation in furthering open access to academic books and book chapters. With the help of an ERC grant OAPEN will develop a tailor-made deposit service for ERC grantees and their publishers.

The OAPEN library provides a platform for the full-text dissemination of open access books from all scientific areas, in particular in social sciences and humanities. As part of the new project funded by the ERC, OAPEN will provide guidance and support to ERC grantees and their publishers to comply with ERC open access requirements for books. It will aggregate and allow the deposit of open access monographs and book chapters based on ERC funded research, provide quality assurance and dissemination of deposited publications and ensure their digital preservation.

Martin Stokhof, Chair of the ERC’s Scientific Council Working Group on Open Access, said: “Since 2014 open access is not an option for new ERC grantees, it’s a legal obligation. The agreement with OAPEN helps scientists, who benefit from our funding, make their publications freely accessible online regardless whether they are obliged to do it by their grant agreements or they wish to follow the ERC’s strong recommendation.”

Eelco Ferwerda, director of OAPEN Foundation, said: “We are delighted to work with the

European Research Council to provide our deposit service for OA books. The ERC emphasises the need for open access to peer reviewed monographs and edited collections, and we hope our partnership will help to accelerate the transition to open access for books.”

The new agreement reaffirms the ERC’s commitment to open access and to ensuring that the fruits of the research it funds can be freely accessed, read and used, both by scientists and by the public. Similar agreements have been already signed with key open access repositories in life sciences (Europe PubMed Central) and physical sciences and engineering (arXiv), covering most of scientific domains and publication formats.

Under the current EU research framework programme Horizon 2020, beneficiaries of ERC grants must deposit, in a suitable open access repository, the published version or final accepted manuscript of any peer-reviewed scientific publication relating to the results of their funded research. This includes peer-reviewed monographs and book chapters. Publications have to be deposited as soon as possible and at the latest upon publication. Open access must be ensured within six months of publication; for publications in social sciences and humanities a delay of up to twelve months is acceptable. Background The European Research Council, set up by the European Union in 2007, is the first European funding organisation for excellent frontier research. Every year, it selects and funds creative researchers of any nationality and age, to run ambitious projects based in Europe. The ERC strives to attract top researchers from anywhere in the world to come to Europe. To date, the ERC has funded more than 5,000 top researchers at various stages of their careers. The ERC is led by an independent governing body, the Scientific Council. Since January 2014, the ERC President is Professor Jean-Pierre Bourguignon. The ERC has a budget of over €13 billion for the years 2014-2020. It is part of the EU research and innovation programme, Horizon 2020, for which European Commissioner for Research, Innovation and Science Carlos Moedas is responsible. 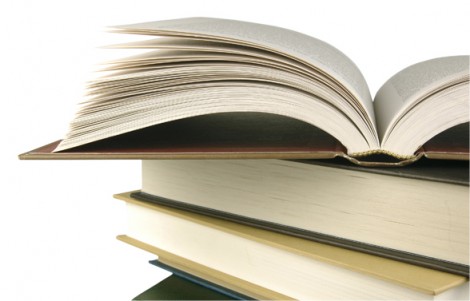 OAPEN promotes and supports open access for academic books. OAPEN was developed as a EU funded project in its eContentplus programme (2008-2011), and continued as a Foundation in 2011. The OAPEN Library was launched in 2010 as a platform for full text hosting, deposit, dissemination and preservation of OA books. The Directory of Open Access Books (DOAB), winner of the IFLA/Brill Open Access Award 2015, was established as a separate activity in 2012, in order to improve the discovery of OA books, and to establish a qualitycontrolled list of academic OA book publishers. OAPEN reaches the majority of open access book publishers through its two platforms, and provides its deposit service to research funders with OA mandates for monographs. Partners include the Wellcome Trust, the Austrian Science Fund, the Swiss National Science Foundation, and the Netherlands Organisation for Scientific Research.