Culture x Climate 2020 is a virtual global forum for arts, culture and heritage-based climate action, presented from 12 October to 27 November, by the Climate Heritage Network.

Culture x Climate 2020 brings together leaders, practitioners, researchers, and experts from business, government, universities and civil society to promote new partnerships between cultural actors and stakeholders across sectors. It is designed to unite all those interested in the role of arts, culture and heritage in tackling the climate emergency and aims to enhance the capacity of these sectors to help build a climate-neutral and resilient world in the time of COVID-19.

Over a 45-day period, three events series will be held:

In addition, on November 16, Climate Heritage Network members and other partners will meet in an action-oriented Annual General Assembly with the aim of organizing, planning and preparing to bring the voice of arts, culture and heritage to the next UN Climate Summit (COP26). 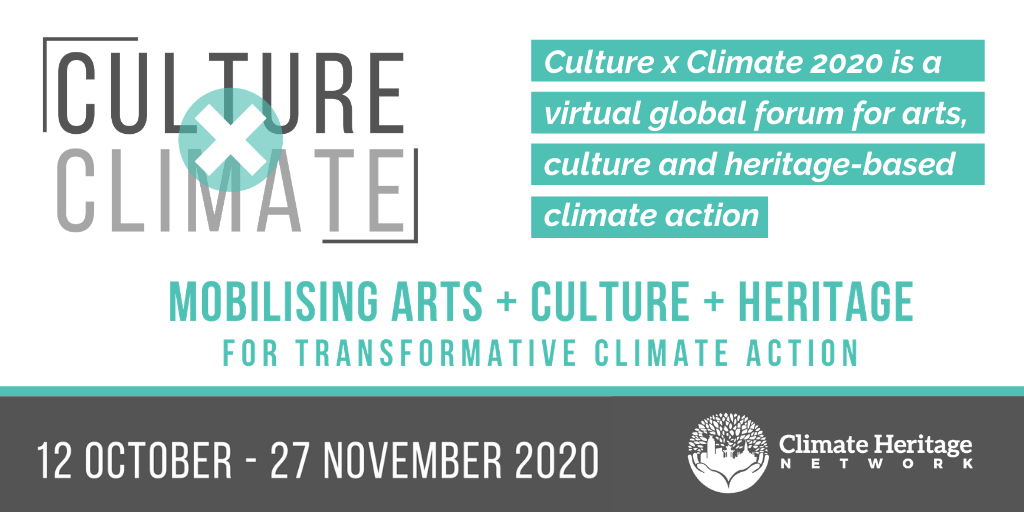