#BigArtRide from April to June 2016

a series of events across twined European cities, on stationary bicycles equipped with virtual reality technology! 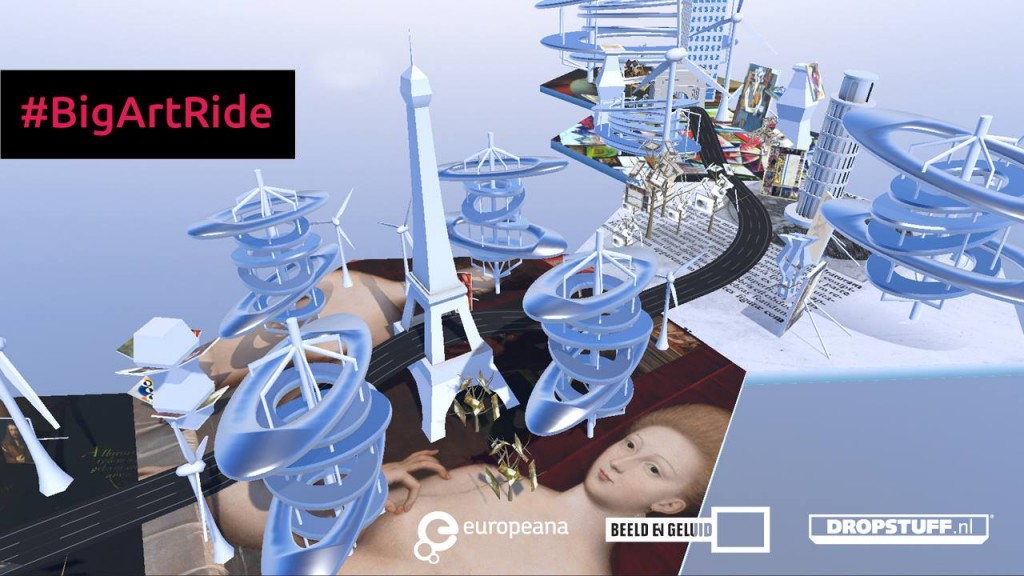 and then the evnt moves to Slovakia!

Imagine racing through a city of both past and present, a city which is responsive to your every move, a city filled with amazing art, that is built before your eyes as you ride. A virtual city that reflects Europe’s heritage, its culture, its future. A cutting edge experience which allows you to (re)discover Europe’s most striking masterpieces alongside its most unique works of art, its fascinating cultural history in a digital world.

The event will invite participants to get on stationary bicycles equipped with virtual reality technology and immerse themselves in a spectacular journey through a city, experiencing centuries of Europe’s art which will take the shape of buildings, roads, trees and help build the city. Passers-by, in the meantime, will help or disrupt the cyclists by interacting with giant objects in public spaces.

Prince Constantijn from the Netherlands cycled at the Campus Party in Utrecht while MEP Mircea Diaconu cycled in Brussels. Attendance for both events were excellent. #BigArtRide gathers more and more momentum as the virtual cycling continues across Europe.

#BigArtRide brings art and people and innovation together across Europe to explore our shared cultural heritage in a fun way through virtual reality.  It has been on a journey connecting people across cities in Europe since May. Thanks to Virtual Reality technology people in different countries can share a virtual bike ride, racing each other through virtual cities filled with artworks from across Europe.

And now #BigArtRide is on the final leg of its journey, it arrives in Bratislava, Pribinova, 17 on 28th June 2016 and finishes on 30th June 2016. And at the same time the #BigArtRide will be in Amsterdam at Kattenburgerplein.

#BigArtRide – Connecting Europe through Culture and Creativity from Europeana on Vimeo.