Turning the focus to users: Digital Culture is Mass Culture 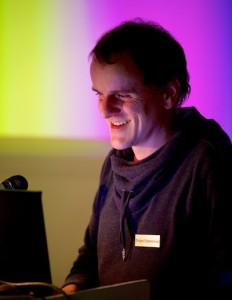 After an international search, leading digital preservation specialist, artist and musician Dragan Espenschied has been appointed to lead Rhizome’s growing and award-winning Digital Conservation program. Espenschied, who will relocate from Germany to New York for the position, will bring the program to its next phase and steward the ArtBase, Rhizome’s collection of over 2,000 born-digital artworks.

Trevor Owens, Digital Archivist with the National Digital Information Infrastructure and Preservation Program (NDIIPP) in the Office of Strategic Initiatives at the U.S. Library of Congress, interviews Dragan about his new role.

I believe that developing criteria of relevance and even selecting what artefacts are allowed into archives poses a problem of scale – Dragan observes. The wise choice might be not trying to solve this problem, but to work on techniques for capturing artefacts as a whole, without trying to define significant properties, what the “core” of an artefact might be or making too many assumptions about the future use of the artefact. The fewer choices are made during archiving, the more choices are open later, when the artefact will be accessed.

While at Rhizome I want to focus on designing how access to legacy data and systems located in an archive can be designed in a meaningful way. For Digital Culture, “access” means finding a way for a whole class of legacy artefacts to fulfil a function in contemporary Digital Culture. How to do that is one of the most pressing issues when it comes to developing an actually meaningful history of Digital Culture. We are still fixated on a very traditional storytelling, along the lines of great men creating ground-breaking innovations that changed the world. I hope I can help by turning the focus to users.

Trevor: in my earlier post on digital interfaces I had called the website One Terabyte of Kilobyte Age, which you and artist Olia Lialina run, an interpretation. You said you think of it as “a carefully designed mass re-enactment, based on this scale of authenticity/accessibility.” Could you unpack that for us a bit? What makes it a re-enactment and what do you see as the core claim in your approach to authenticity and accessibility?

Dragan: as much as Digital Culture is Mass Culture, it is also more about practices than objects. In order for artifacts to survive culturally, they need to become useful again in contemporary digital culture. Since, at the moment, “content” that is isolated, de-contextualized and shuffled around in databases of social networking sites is the main form of communication, to be useful an artefact has to work as a “post,” it has to become impartible and be brought into a format that is accepted everywhere. And that is a screenshot.

The screenshots are easily accessible, sharable and usable: they work as cultural signatures users can assign to themselves by re-blogging them, they can be used to spark discussions and harvest likes and favourites, and so forth.

Some decisions of how these screenshots are automatically created are coming from this perspective of accessibility; for example, although the typical screen resolution of web users increased around the turn of the century, One Terabyte Of Kilobyte Age will continue to serve 800×600 pixel images for the foreseeable future. Larger images would burst many blogs’ layouts and cause unrecognizable elements on downsizing.

Trevor: in the announcement of your new position you are quoted as saying “I strongly believe that designing the access to complex legacy digital artefacts and systems is the largest contemporary challenge in digital culture. Digital culture is mass culture and collection and preservation practices have to change to reflect this fact.” What are the implications of mass digital culture for collecting and preserving it?

Dragan: the grief I have with the creation of history in digital culture is that it is in many cases located outside of digital culture itself. Digital culture is regarded as too flimsy (or the classic “ephemeral”) to take care of itself, so conservation is done by removing artefacts from the cultural tempest they originated in and putting them into a safe place. The problem is that this approach doesn’t scale – sorry for using this technical term. I won’t argue that a privileged, careful handling of certain artefacts deemed of high importance or representative value is the wrong way; actually, this approach is the most narrative. But practiced too rigidly it doesn’t do digital culture any justice. Firstly because there simply are no resources to do this with a large amount of artefacts and secondly because many artefacts can only blossom in their environment, in concert or contrast with a vernacular web, commercial services and so forth. 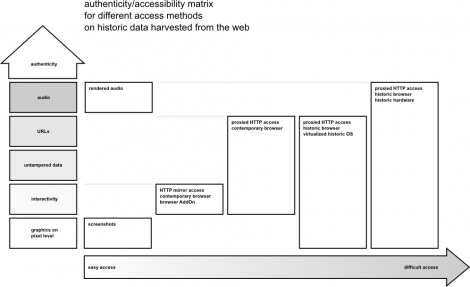 The other extreme is to write history with databases, pie charts and timelines, like in Google’s Zeitgeist. Going there I can find out that in January 2013 the top search requests in my city were “silvester” and “kalender 2013” – big data, little narration. With the presentation of such decontextualized data points, the main narrative power lies in the design of the visual template they end up in. This year it is a world map, next year it might be a 3D timeline, but in fact users typed in their queries into the Google search box. That is why the popular Google Search autocomplete screen shots, as a part of digital folklore, are more powerful and typing into the Google search box yourself and watching the suggestions appear is the best way to explore what is being searched for.

Mass Digital Culture is posing this challenge: can there be a way of writing its history that does it justice? How to cope with the mass without cynicism and with respect for the users, without resorting to methods of market analysis?

Trevor: I spoke with Ben Fino-Radin, your predecessor in this role, about Rhizome and his take on what being a digital conservator means. I’d be curious to hear your response to that question. Could you tell us a bit about how you define this role? To what extent do you think this role is similar and different to analog art conservation? Similarly, to what extent is this work similar or different to roles like digital archivist or digital curator?

Dragan: I have very little experience with conserving analog art in general so I will spare myself the embarrassment of comparing. The point I agree whole-heartedly with Ben is about empathy for the artifacts. “New Media” is always new because the symbols buzzing around in computers don’t have any meaning by themselves, and digital culture is about inventing meanings for them. A digital conservator will need to weave the past into the present and constantly find new ways of doing so. This touches knowledge of history, curation and artistic techniques. While I believe the field of digital conservation needs to build an identity still, I see my personal role as ultimately developing methods and practices for communities to take care of their own history.

Read the article of Trevor Owens