The Museum of Non Participation

Confronting (non) participation and the socio-political in art works 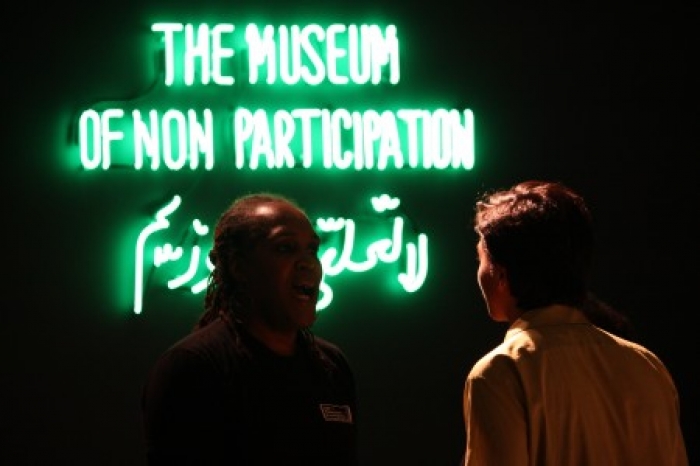 The Museum of Non Participation embeds its institutional critique in its very title, yet it releases itself from being an actual museum. Instead, it travels as a place, a slogan, a banner, a performance, a newspaper, a film, an intervention, an occupation: situations that enable this museum to “act.” The Museum of Non Participation is one aspect of Karen Mirza and Brad Butler’s wider artistic practice, an investigation of the terms and conditions of images, objects, collaboration, dialogue and the social.

This Museum explores obicere through multiple, ephemeral processes: artworks as well as events and actions that neither the founding artists nor museums possess through sole authorship. In a similar vein, “The Museum of Non Participation” approaches “collecting” as not merely assembling objects, but as an act that assembles and ushers forth action and agency and does so through disruption. It asks how withdrawal can be made visible? How can ‘non participation’ be active and critical? 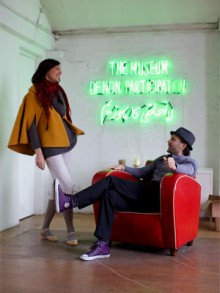 Karen Mirza and Brad Butler’s work spans filmmaking, installation, drawing, publishing and curating. The artists draw influence from critical moments of change, protest and debate. This includes an accumulation of works entitled The Museum of Non Participation (2009-present). The term “non participation” for the duo is a device for questioning and challenging current conditions of political involvement and resistance.

Karen Mirza and Brad Butler are also the founders of the artist film and video space: no.w.here.