The art to connect people “The Chronicles of San Francisco”

JR's Mural at the San Francisco Museum of Modern Art

With his digital mural “ The Chronicles of San Francisco” the French artist JR tryied to capture a whole city. 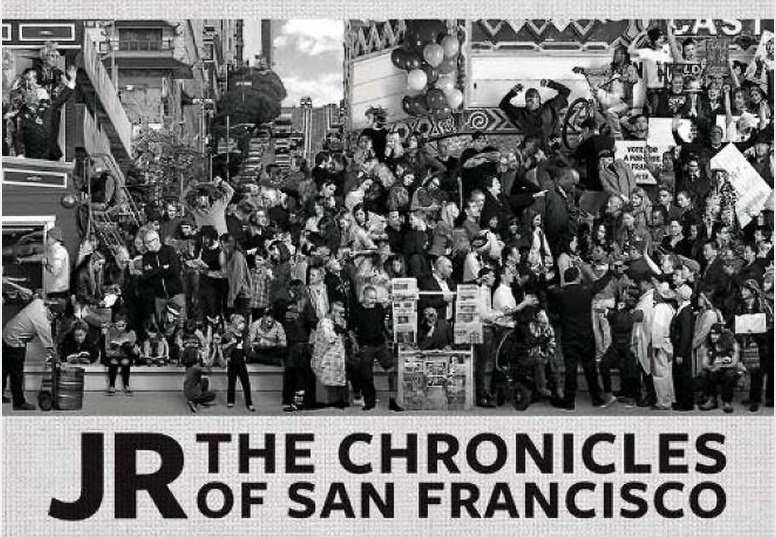 The mural,107 feet long and 16 feet tall, is installed in a ground-floor gallery free to the public at the San Francisco Museum of Modern Art.

The experience of the previous murals has growed into the artist the need to include video and audio in the work, therefore, thanks to a meticulous organization, with a work of about two months (at the beginning of 2018), JR and his team set up one mobile study in twenty-two locations around San Francisco.

They invited anyone walking by to participate, people were not chosen, it was completely random.

In addition, JR invited those who could not meet on the street (the firefighters, the governor ….) , sometimes making use of the contacts of the participants, who also participated through suggestions and connecting other people.

A total of 1200 citizens, from across the city’s multifaceted communities, posed for the camera and told their stories.

The purpose of the murales is exactly to connect people, as explained by the artist himself: “The whole piece is about creating interaction” and “It’s to create more interaction to make sure that people reconnect with one another, and really that’s the purpose of this thing, and that’s what I did it this way”.

Also the choice of location, in the museum rather than on the street, is aimed at the “inclusion” and “participation” of peolple. That part of the museum is free, so anyone can come in and spend some time and listen to audio.
At the same time, the people who participated in the murals, having their photo in a museum, feel part of the history of the country and they can realize what they are part of. The people in the suburbs sometimes come from second-generation immigrants: they were citizens, but they never felt welcome; being in the museum, they feel part of the history of the country.

The Chronicles of San Francisco was introduced by JR on the 23rd of May; on this occasion the over 1000 participants captured by the JR’s team in the streets, met for the first time and shared their experience with the artist.

The Chronicles of San Francisco