The contribution to the reconstruction by the citizens of L' Aquila ,10 years after the earthquake 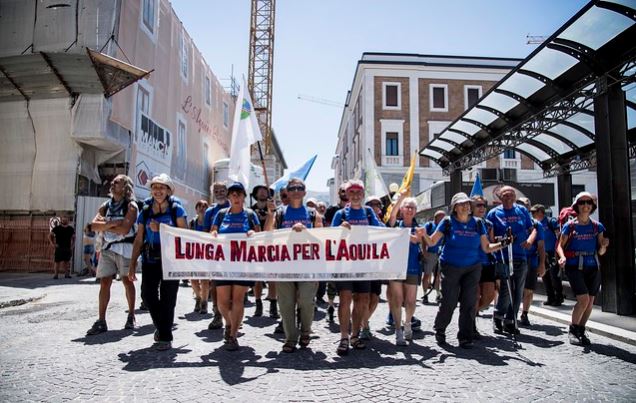 The 6th of April, 2009, 10 years ago, L’ Aquila, the Regional County Seat of Abruzzo, was destroyed by a terrible earthquake whose effects are still visible today.
Recently, the citizens of L’ Aquila have set up Committees and Associations in order to contribute, through several projects, to rebuild the town respecting its memory and its origins.
Among these initiatives, there are some that see as protagonists young students belonging to different Universities and Faculties.
This is the case of the thesis presented by Dr. Giulia De Cunto, entitled “Identity, Places and Communities in Post-Catastrophe Reconstruction”, awarded last April the 6th , which analyzes the impact of earthquakes on the identity of affected communities, with the aim to support “gently” reconstruction policies that take into account the identity of places and communities.
Another incredible project is the one entitled “Ductility is in the memory”, a project that won the “Call for Ideas” for the enhancement and redevelopment of the area where used to stand a Student House, completely destroyed by the earthquake.
The competition was won by a group of very young engineer and architect students: Lorenzo Micarelli, Francesco Gabriele, Marco Paolucci and Davide Massimo who wanted to represent a memory that “is not firm and static, but flexible, so that everyone – from the youngest to the oldest – can live that space as he prefers”. A place of commemoration that is at the same time a source of social and cultural exchange.
These and other initiatives, such as the Festival of Participation celebrated each October since three years, are examples of active participation of citizens in the transformation of the Country and demonstrate the will of the civil society to be engaged and united for the promotion and support  of its rights and Cultural Heritage as well.