MuDA is the Museum of Digital Art…stay tuned!

Opening its doors with your help, the Museum of Digital Art will be Europe's first physical & virtual museum dedicated to digital arts

MuDA stands for Museum of Digital Art. The Museum of Digital Art is dedicated to the art of code and the questions raised by the interactions between data, algorithms and society. It will have a virtual presence, on pretty much every screen connected to the internet. And a physical presence in the ground floor of the first high rise building of Zurich, Switzerland. The MuDA is initiated by the non-profit Digital Arts Association and bound to open its doors in January 2016. 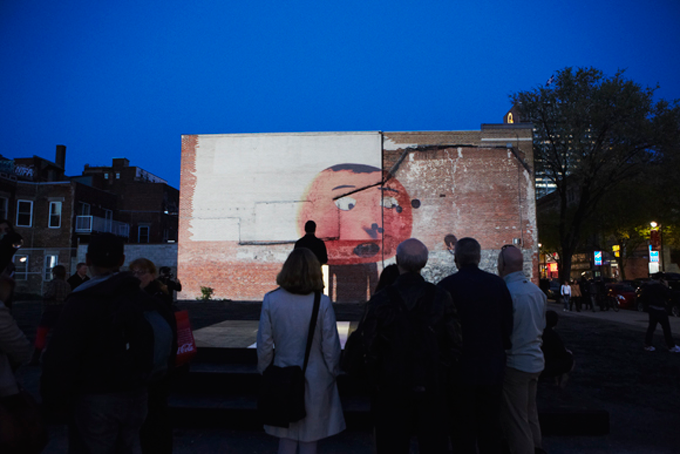 The MuDA will host three exhibitions per year, which will last three to four months each. For every exhibition, an experimental digital version (catalogue) of it will be developed. In between events, physical computing workshops, panel discussions and talks related to digital technology and society will be hosted.

MuDA is supported by Kickstarter, a funding platform for creative projects that counts on you for the museum to be launched: to convert the now empty ground floor into a public museum, Digital Arts Association had to get the approval of the Historic Monuments Protection Authority, a process that took 13 months instead of the 3 they had promised. This left very little time to raise the complete funding for the museum. The initiators managed to secure the operating budget in only 6 months, but they urgently need help now to cover the missing part of the construction fees.
The deadline to sign the rental contract is Wed, Jul 8 2015 11:09 PM CEST. They cannot sign without being able to cover the costs of the necessary transformations, which are already planned and would start immediately after signing. They really, really need your support to make this happen, the MuDA will not be able to open without you.

Discussing the impact of digital on society
The radical shift brought by digital technology is unprecedented. The speed of its development and its increasingly fundamental role in our society creates a strong urge to look at the complexity of its resulting impact. Data accessibility, algorithms taking over human tasks, the implementation of artificial intelligence… The list of questions raised by digital technology is very long. At the moment, spaces to address these issues without corporate or political agendas are rare. The MuDA can become the place where these discussions can happen in an open and neutral environment. Without being too serious about it either. More in a playful and approachable way, with the aim of making complex issues tangible by tackling very concrete examples with the people directly involved.

From tech consumer to tech maker. Because code is beautyful!
Code is beautiful. A few lines of text and a handful of zeros and ones can give birth to something with astonishing intricacy. There is nothing more encouraging (and frustrating when it doesn’t work!). The MuDA is an attempt to bring this spark to a broad audience, especially to young women. It will frequently organise free tours for schools and offer workshops to interested students and teachers during which they will be able to learn how to physically take a computer apart, rebuild and rewrite them to fit their own ideas. To shift them from technology consumers to makers and maybe even make them consider this when thinking about their future.

About the building
After extensive location hunting, the possibility to invest the ground floor of one of Switzerland’s oldest high-rise made the MuDA go bananas. Quite literally, in fact.

In 1959 the Migros Cooperative, Switzerland’s largest food retailer, bought about 50.000 square metres of land on which was erected, just two years later, one of Switzerland’s first high-rise building, the Herdern Hochhaus. The purpose of the 58-meter tall building was to provide logistics, distribution and storage space for their food delivery chain, including a ripening hall for all the bananas that were dispatched from there to all corners of Switzerland.

Classified as a listed monument in 2012 due to its industrial historical importance, parts of the premises were left empty after an internal reorganisation and have since then been reconverted for cultural activities. As if it wasn’t exciting enough, this former industrial zone is Zurich’s fastest developing district and the host to a dynamic and growing creative and tech industry. The MuDA found its perfect home. 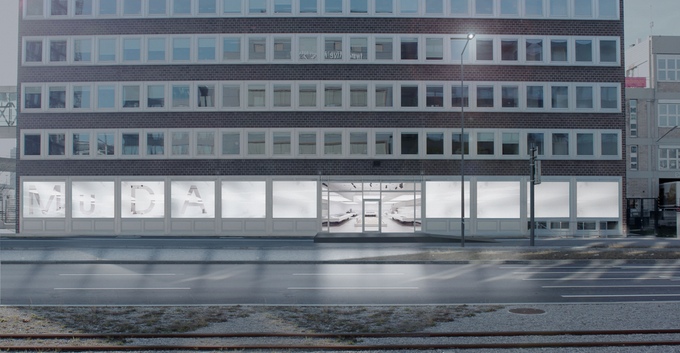 The website
The website muda.co performs as the virtual equivalent of the MuDA. It functions as a lively platform promoting digital artists, their works and experiments. It displays a permanent collection of interactive artistic experimentations and frequently reports about contemporary artists, exhibitions and artworks from a vibrant digital community from around the world.

About the initiators
The Museum of Digital Arts is a project of the Digital Arts Association (DAA), a non-profit organisation domiciled in Zurich. The DAA was founded to promote digital arts and support its creators and community in the belief in computer code’s potential and importance as an expressive artistic tool. The defined goals of the association are the following:

The DAA was founded by Caroline Hirt (born in Hong Kong) and Christian Etter (born in Switzerland). They have previously produced exhibitions in Asia and Europe, worked for institutes like the Centre Pompidou and the Shanghai Art Museum. They are also involved in independent and experimental digital art projects and in the organisation of game jams. Their communal backgrounds are in digital media, science and technology, gender studies and journalism.