Submit your project and share your success across Europe! 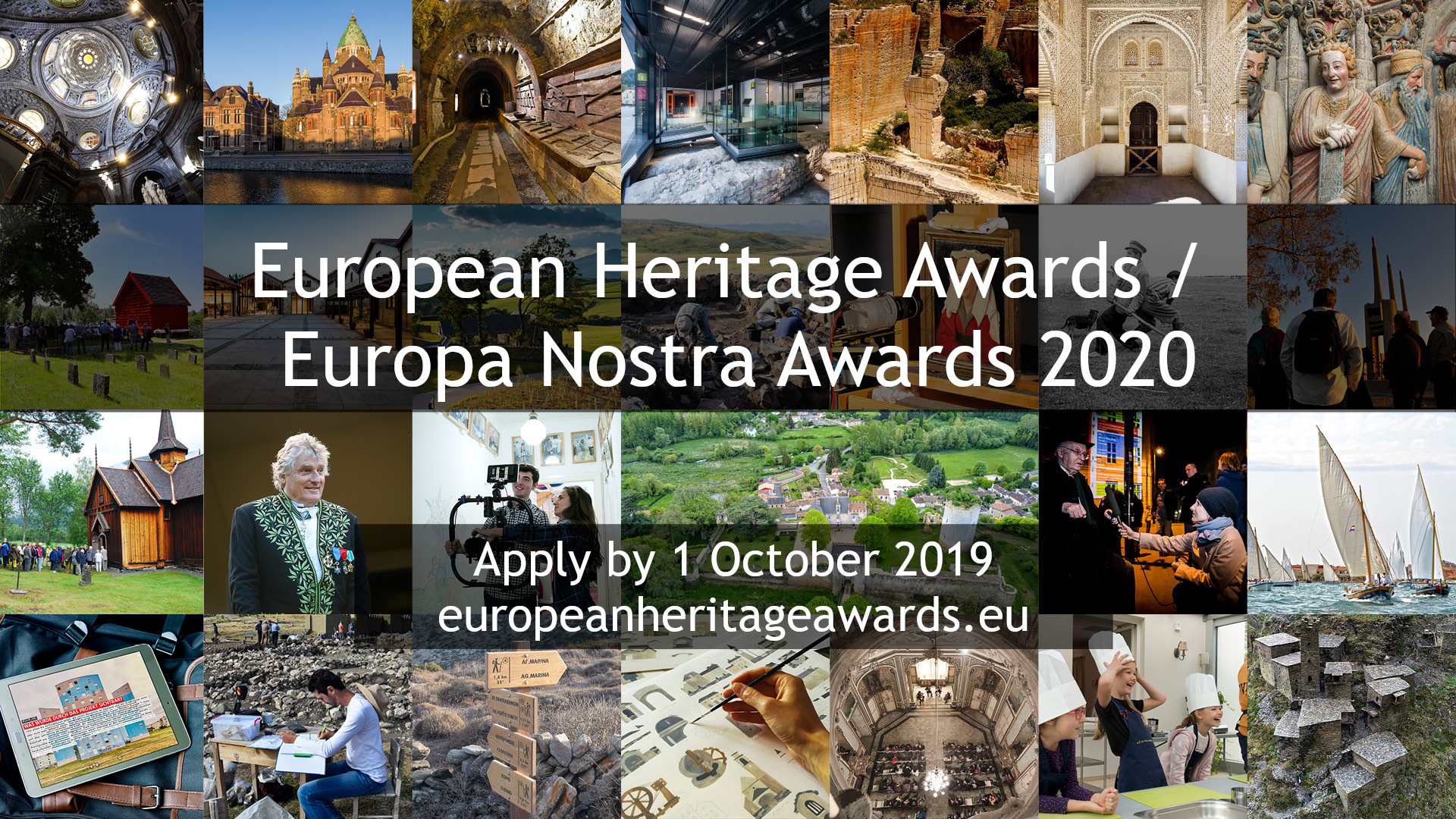 The European Heritage Awards / Europa Nostra Awards are Europe’s top honour in the field of cultural heritage.
The Awards recognise outstanding conservation projects, innovative research; the dedication of heritage professionals and volunteers; and exceptional initiatives in education, training and awareness-raising.

For the next two editions of this scheme, two new ILUCIDARE Special Prizes will be awarded from among the submitted applications. ILUCIDARE is a project funded by the European Union’s Horizon 2020 Research and Innovation Programme with the aim of establishing an international network promoting heritage as a resource for innovation and in international cooperation.

In 2020 and 2021, the European Heritage Awards / Europa Nostra Awards will contribute to ILUCIDARE by identifying, promoting and facilitating the upscaling of best practices in cultural heritage-led innovation and diplomacy.

The European Heritage Awards / Europa Nostra Awards (previously the EU Prize for Cultural Heritage / Europa Nostra Awards) was launched by the European Commission in 2002 and has been run by Europa Nostra ever since. The Awards have brought major benefits to the winners, such as greater (inter)national exposure, increased visitor numbers and follow-on funding. The Awards scheme is supported by the Creative Europe programme of the European Union.
The ILUCIDARE Special Prizes are supported by the European Union’s Horizon 2020 Research and Innovation programme under grant agreement No. 821394.
Are you active in the field of heritage-led innovation or diplomacy?
Submit your project and share your success across Europe!
Further informations:
Watch video