Berlin: an exciting, cosmopolitan cultural hub that never ceases to attract artists from around the world. A diverse cultural scene, a critical public and an audience of film-lovers characterise the city. In the middle of it all, the Berlinale: a great cultural event and one of the most important dates for the international film industry. More than 330,000 sold tickets, more than 20,000 professional visitors from 128 countries, including more than 3,700 journalists: art, glamour, parties and business are all inseparably linked at the Berlinale. 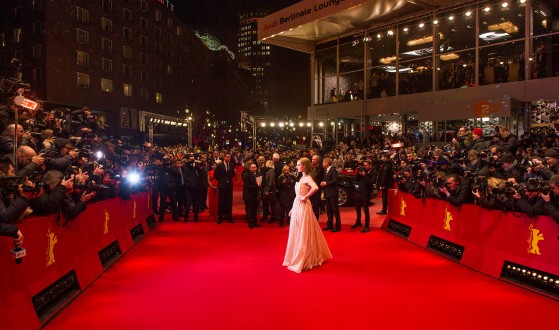 The entire world of film

The public programme of the Berlin International Film Festival shows about 400 films per year, mostly international or European premieres. Films of every genre, length and format find their place in the various sections: great international cinema in the Competition, independent and art house in Panorama, films for young audiences in Generation, new discoveries and promising talents from the German film scene in Perspektive Deutsches Kino, avant garde, experimental and unfamiliar cinematography in the Forum and Forum Expanded, and an exploration of cinematic possibilities in Berlinale Shorts. The Berlinale Special, including Berlinale Special Gala, is showing new and extraordinary productions and honours great cinema personalities. Berlinale Special Series, which began in 2015, presents selected international series. The programme is rounded out by a Retrospective as well as an Homage, which focuses on the œuvre of a great personality of cinema, curated by the Deutsche Kinemathek – Museum für Film und Fernsehen. Beginning in 2013, the Retrospective expanded to include presentations of Berlinale Classics. They show current restorations of film classics as well as rediscovered films.

Furthermore the Berlinale has regularly organised a programme of special presentations that open up new perspectives, provide insight into key themes, make new connections and explore realms where film intersects with other creative disciplines. Food, pleasure and the environment – these are the topics that lie at the centre of the Culinary Cinema. Berlinale Goes Kiez is travelling from arthouse cinema to arthouse cinema within the city to present selected films from the Berlinale programme and NATIVe – A Journey into Indigenous Cinema is devoted to the cinematic story-telling of Indigenous peoples worldwide. 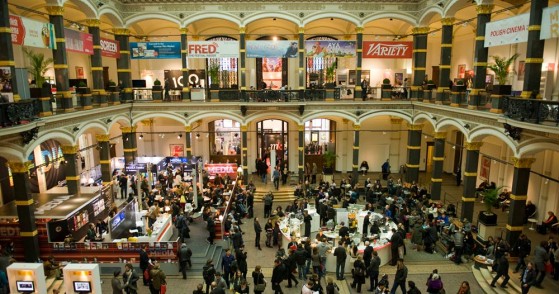 The European Film Market in the Martin-Gropius-Bau

The film industry at the Berlinale

The Berlin International Film Festival is a source of inspiration in the global film community: film programmes, workshops, panel discussions, joint projects with other social and cultural actors – the forms of cooperation and the possibilities for creative interaction are countless.

The most important meeting point is the European Film Market (EFM). Around 400 companies and more than 8,000 professionals from 95 countries build and foster contacts here, strengthen their position in the industry or negotiate film rights.

Berlinale Talents brings high profile professionals attending the Berlinale to workshops and discussions with 300 promising young film talents from all over the world. Both sides benefit. The talents profit from the experience of the professionals, who in turn gain fresh ideas from taking part.

The Berlinale Residency programme offers international directors a grant to come to Berlin for several months. Working in close contact with individually selected mentors and market experts, the directors can take a decisive step toward placing their next film project on the way to a successful theatrical release.

The close connection between the festival and market is a unique characteristic of the Berlinale and always results in exceptional synergies.