Weaving, Dance and Coding teamed up with the WEAVE project

As part of the UKRI Making Connections Funding scheme Rosa Cisneros, WEAVE partner (Coventry University)  collaborates with musician and researcher Alex McLean and coder Lucy Chesman. The trio have teamed up for the Making Connections: Weaving, Dance and Coding project to offer a series of explorative workshops in Sheffield.  Cisneros ran various workshops with Roma and families from ethnic backgrounds, to explore the tangible and intangible cultural heritage and the role digital technology plays in exploring this work.  The WEAVE project was introduced at each workshop and the participants were asked to describe how cultural heritage plays a role in their understanding of identity and belonging. 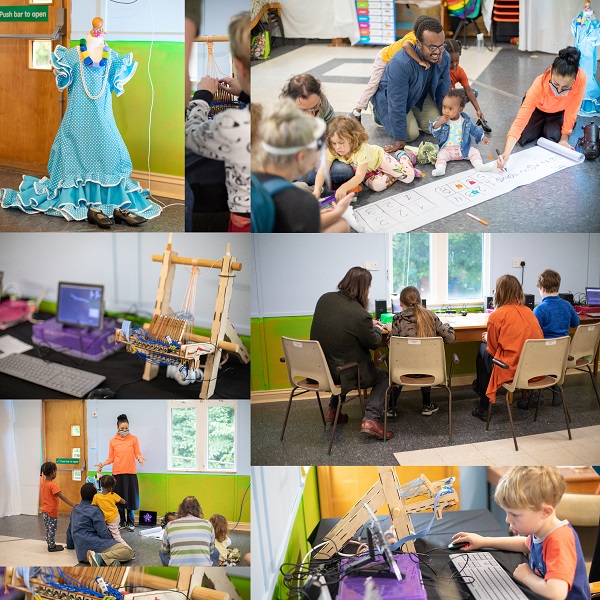 Phase 1: Run workshops with groups of young (11+) young people from diverse socio-economic and ethnic backgrounds, bringing together Flamenco dancing (Rosa Cisneros), programming weaves on a loom (led by Dr Alex McLean), and live coding music (led by Lucy Cheesman). The researchers will work with participants to explore common patterns behind these forms, starting with the metrical structures of Flamenco dance, and exploring them in coding to make weaves and music based on traditional (yet improvised) Flamenco dance patterns. Flamenco is of Roma heritage, and the project will empower attendees to explore and share their own culture, developing their own approach to creative performance technology.

Phase 2: Offer those young people a paid opportunity to support the open drop-in family workshops we will be running as part of the Sheffield Festivals Showcase in September. These drop-in workshops will be open to all and will be designed for multi-generational involvement.

Their first event was early September and was part of the Sheffield Showcase festival.  The workshop, Algomech drop-in family workshop – dance, music, weave will explore the ‘algorithmic’ arts of weaving, live-coded music and flamenco dancing. This hands-on workshop allowed people of all ages to get involved with creating their own patterns in music, dance and weaves.

A series of additional workshops took place throughout November 2021 and medium-length documentary will be released in early January 2022.

McLean is an interdisciplinary researcher, live coding musician and technologist, working as post-doctoral researcher as part of the five-year ERC funded PENELOPE project based at the Research Institute of the Deutsches Museum. His work connects contemporary live coding technologies with heritage technologies across textiles and music as “algorithmic pattern”. McLean is the director of AlgoMech Festival and Symposium.

Lucy Cheesman is a sound artist, musician, producer and organiser whose work can be placed within a number of different fields, often blurring the boundary between the visual, the audible and the digital. Lucy is a founder member of SONA (a network supporting women in Sheffield through experimental sound and digital practices) and the Yorkshire Sound Women Network.

The trio work across digital and heritage practices in different ways, and have a unique opportunity to connect different strands of research, working with the local youth to identify commonalities between dance, music, textiles and computer science. All involve discrete mathematics, in the form of culturally grounded patterns. 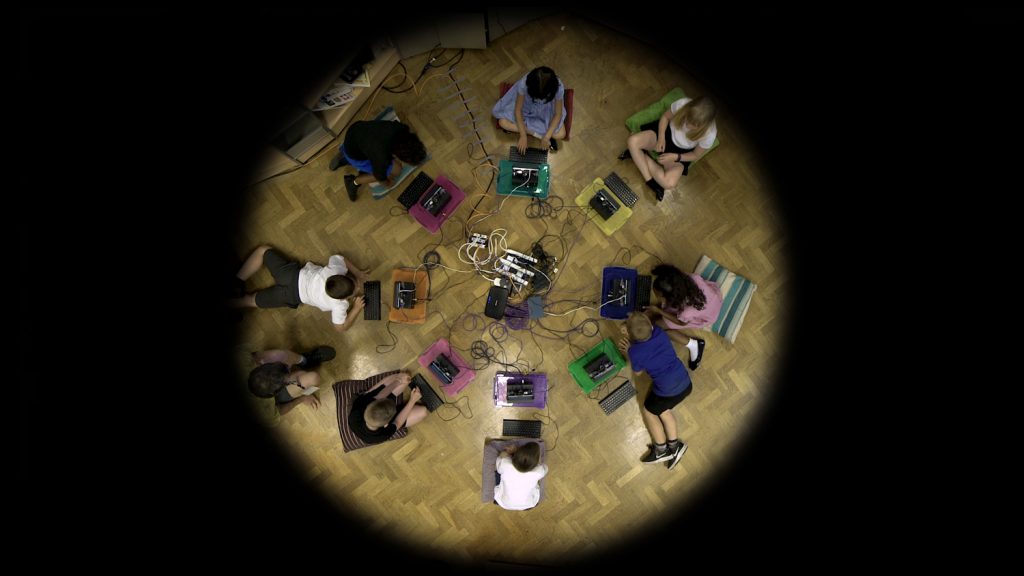