Dr Adrian Richard Marsh and Imogen Bright Moon are invited to contribute to the editorial on Romani Re-presentation that will be published in late September.

The EU-Funded WEAVE project ends in September 2022 and has worked over the last 18 months to ensure that the team develop a framework to link the tangible and intangible heritage of cultural communities, while also safeguarding the rich and invaluable cultural heritage which they represent.

In particular, we aggregated nearly 8,000 new high-quality records to Europeana, and  are now starting to showcase these collections in a set of engaging editorials and virtual exhibitions. For one of the editorial pieces we invited two guests, Dr Adrian Richard Marsh and Imogen Bright Moon to contribute to the editorial on Romani Re-presentation that will be published in late September. We are delighted to introduce our colleagues and to celebrate their accomplishments. 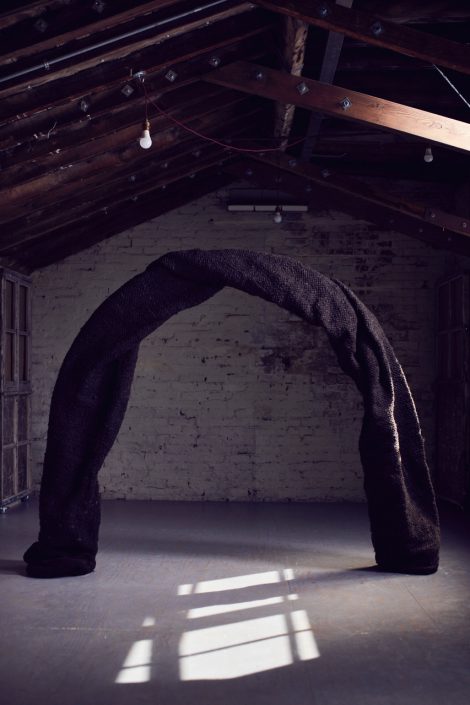 Imogen Bright Moon (b.1983) is a British Romani artist, creating contemporary works through her studio/site-based material practice, culminating in the exploration of large textile-based installations. Imogen’s practice has an intersectional focus on areas of artistic visibility/invisibility, including hidden ethnicity (GRT), neurodiversity (HFA), motherhood and maternal mental health, and object-centred narratives. All these areas impact and inform her artwork, whilst her practice is equally founded in material processes, material ethics and heritage craft processes; being textile works and constructions, Imogen’s works also have the socio-economic-political implications of domesticity, ‘women’s work’ and impermanence. In tandem with her studio practice, Imogen is also a researcher, writer and textile-crafts historian, with particular emphasis on cultural languages implicit in making methodologies and crafted objects. 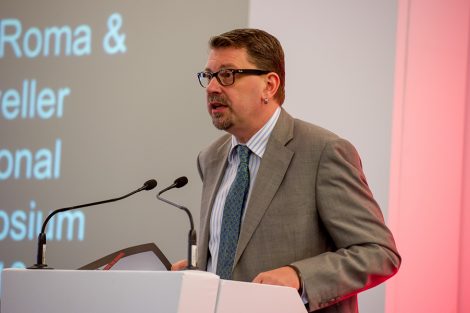 Dr Adrian R. Marsh is of U.K. Romany-Traveller origins, a Researcher in Romani Studies and an expert consultant in Romani and Traveller early years education, working with Romani, Gypsy and Traveller communities and NGO’s (such as the Romani Cultural & Arts Company) in the UK, Sweden, Turkey, Egypt, and across Central, Eastern and South-Eastern Europe.

Marsh has taught Romani Studies at universities in London, Malmö, Lund, Stockholm, Cairo, Istanbul and Lyon and has held an Economic and Social Research Council fellowship as Researcher in Romani Studies at University of Greenwich, London (2007-2008).

He recently designed and managed a large portfolio of Romani and Traveller early childhood development projects, implemented by the Open Society Foundations (London) as part of its Early Childhood Programme and set up the Romani Early Years Network [www.reyn.eu] for educators (2012), where he remains a consultant.

He is currently living in Istanbul, where he leads the International Romani Studies Network, an NGO he established there, in 2002. Marsh has published numerous articles on Romani identity (2003; 2005; 2006), history (2008) and religiosity (2012), edited collections from international conferences on Romani studies organized by him in Istanbul_ (2003; 2005) such as Gypsies and the Problem of Identities: Contextual, Constructed and Contested (2006) and contributed to various conference proceedings (including the GLS Annual Meeting and Conference), peer-reviewed journals on education for Romani and Traveller children, as well as co-authoring the entry for ‘Roma’ in the _Encyclopedia of GlobalHuman Migration (2013).

Some of his writing for the RomArchive can be accessed here: LINK

And his online course for the ERIAC Barvalipe Online Roma University can be viewed here:  LINK