Interactive map of the Aoos valley developed in INCULTUM

discovering sites of natural, cultural and folkoristic interest in the north-west border of Greece

In INCULTUM project, there is an example of cross-borders pilots which try to explore synergies to support sustainable tourism in peripheral areas. One of these areas is the shared valley between Greece and Albania, marked by a river named Aoos on the Greek side and Vjosa on the Albanian side. Two pilots (7 and 8) are developed within INCULTUM project with the aim of modernizing the touristic and cultural promotion of this area from both sides.

A first outcome of the Pilot 7. Aoos, the shared river, coordinated by the Greek partners of The High Mountains cooperative, is a nice map of the area with touristic purposes, indicating various points of interest both natural and cultural and also including local folklore. 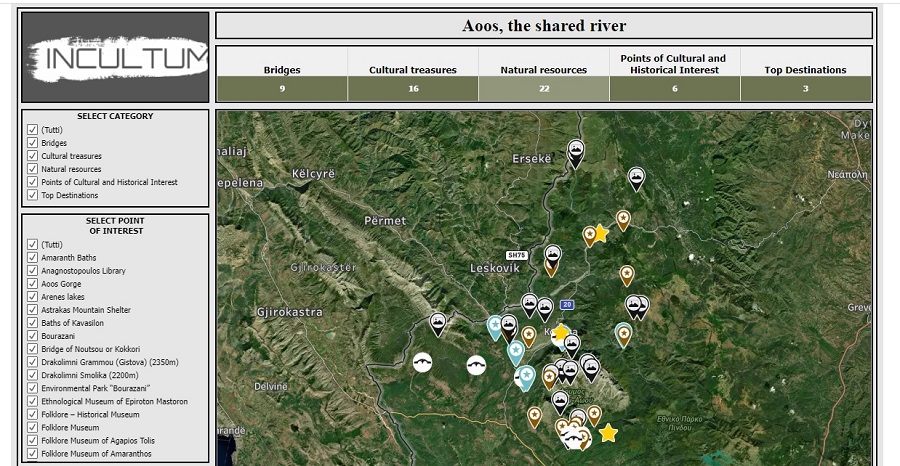