From the Collective Management of Pastures to the Utilization of Water and Energy Resources by Local Communities. 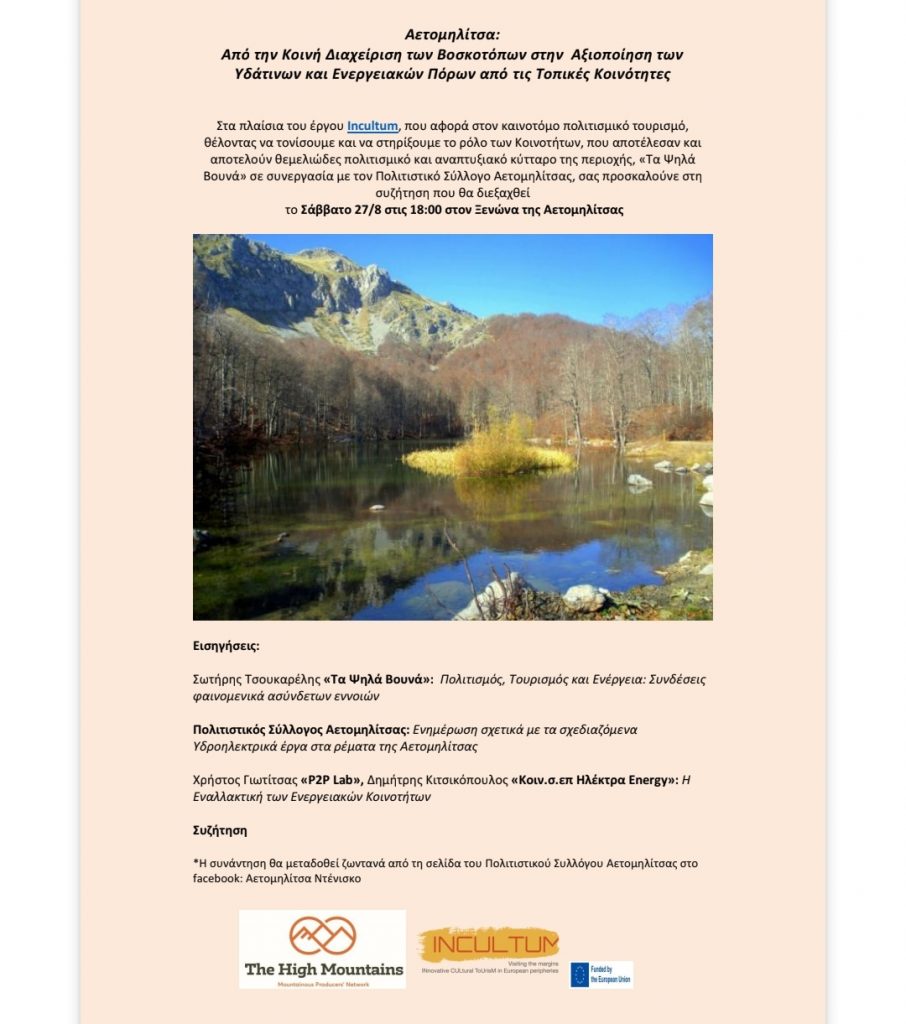 In the context of INCULTUM project and its pilot Aoos the shared river, The High Mountains Social Cooperative organized an open informative discussion in the village of Aetomilitsa (a nomadic village of Vlach transhumance livestock farmers population, which is located on the borders with Albania and is the highest inhabited place in Greece 1.430m altitude), in cooperation with the Cultural Association of Aetomilitsa, Electra Energy Cooperative and our associated partners P2P Lab Ioannina, in order to emphasize and support the role of the Communities, which constituted and are still the fundamental cultural and developmental cell of the region. The discussion was entitled:
Aetomilitsa: From the Collective Management of Pastures to the Utilization of Water and Energy Resources by Local Communities. 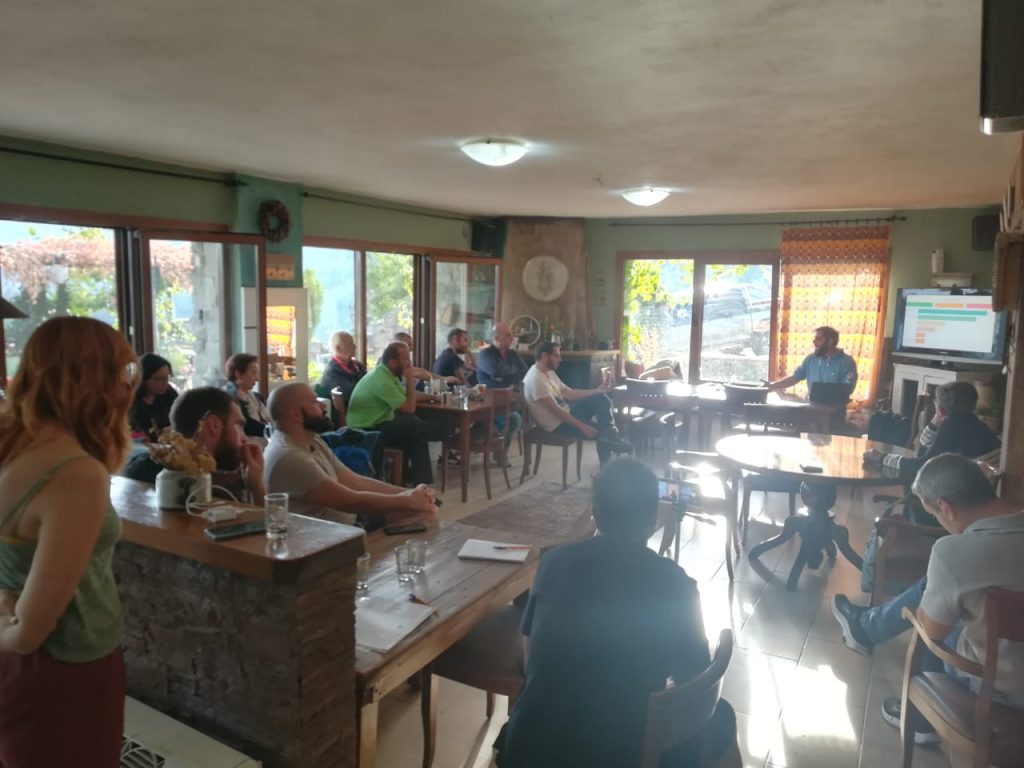 The topic of the discussion was formed after the results of the research conducted to the Cultural Associations of the Villages of Konitsa Municipality by the High Mountains research team. The research demonstrated that the foreseen privatization of the common water resources of the village of Aetomilitsa, in order to be installed Industrial Hydroelectric Plants, is considered a major threat by the local population in political, environmental, but also cultural and production terms. 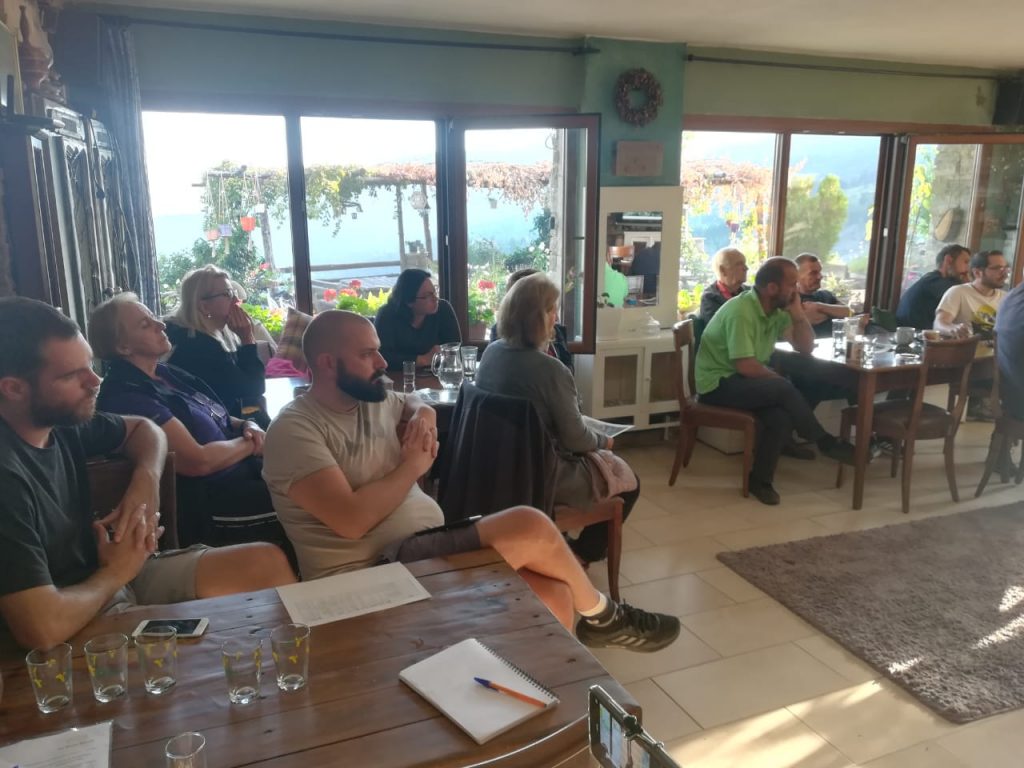 The research revealed that there is a strong cultural heritage and Traditional Ecological Knowledge in the area and especially in the village, linking the locals with the collective management of their common resources, such as pastures. The Customary Pasture Distribution System used by the local transhumance shepherds for centuries, preserved the biodiversity of the area and protected the environment from overgrazing. Also, the communal way of living and the historical cooperative model of “Tseligato” that was developed by the Vlach communities, suggests a collective understanding of the production and the use of the natural resources in the area. Furthermore, water was always used as a common resource to power productive activities, like communal watermills, water saws, washing machines, wool processing machines etc., working with hydropower. According to the responses of the Cultural Associations, locals believe that the water resources are of a great value and that their utilization in combination with other activities could help young people relocate in their villages. Also, they believe that cooperation is a key factor for the repopulation of the area. 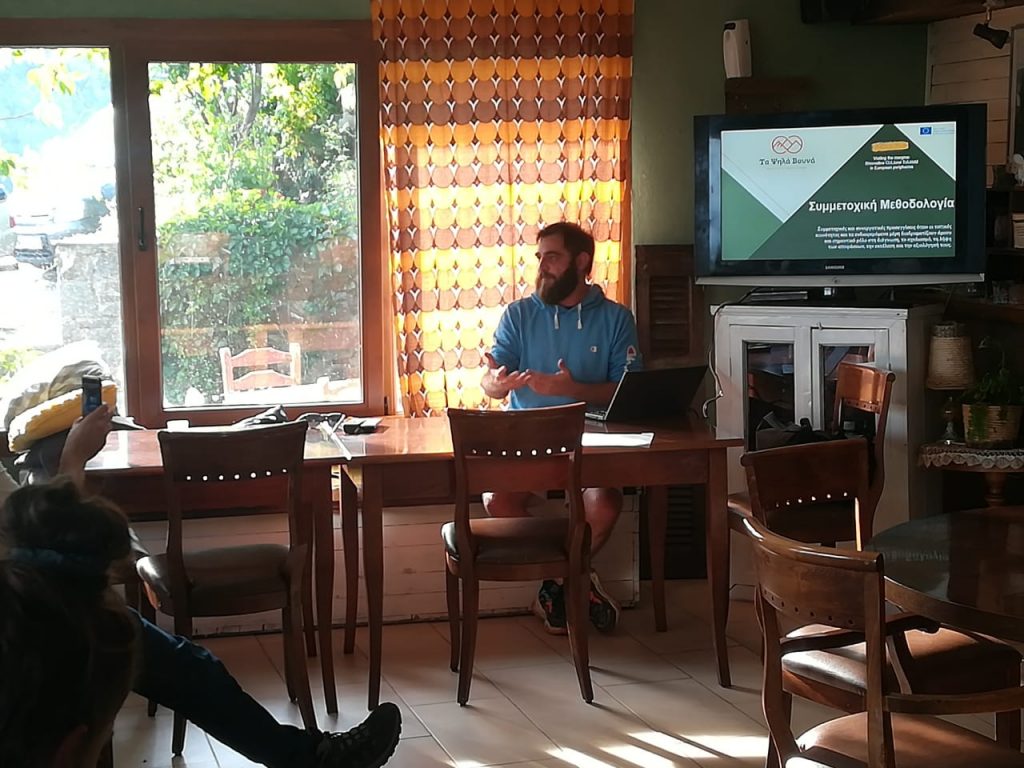 The president of the High Mountains Social Cooperative, Sotiris Tsoukarelis, opened the event by presenting INCULTUM and proceeding on the issue of Culture, Tourism and Energy: Connections between seemingly unrelated concepts. During his presentation he explained that culture, tourism and energy are “commons” or they base their existence in “commons”. As he said, hydropower is a part of the local culture and production, thus it is a part of thetouristic narrative for the area. He suggested that mild technologies for energy production are closer to the local culture and tradition, they respect the environment and they can also give solutions to the transhumance shepherds in of grid places. Finally, he announced that on the 3rd of September The High Mountains will revisit the area with an expert on DIY mild technologies renewable energy solutions, in order to help shepherds to apply off grid small scale technologies and to check if there are possibilities in traditional Hydropower infrastructures to be transformed into small scale Hydroelectric plants. Two of the attendees declared their interest on the issue.

The Cultural Association of Aetomilitsa followed with an Update on the Planned Hydroelectric Projects in the Streams of Aetomilitsa and informed the locals about the threats rising from the privatization of the water resources of their village and the foreseen construction of industrial hydroelectric plants. They focused on environmental, but also on productive issues that have to do with the water use permits and the change of the traditional perception on water as a common resource. 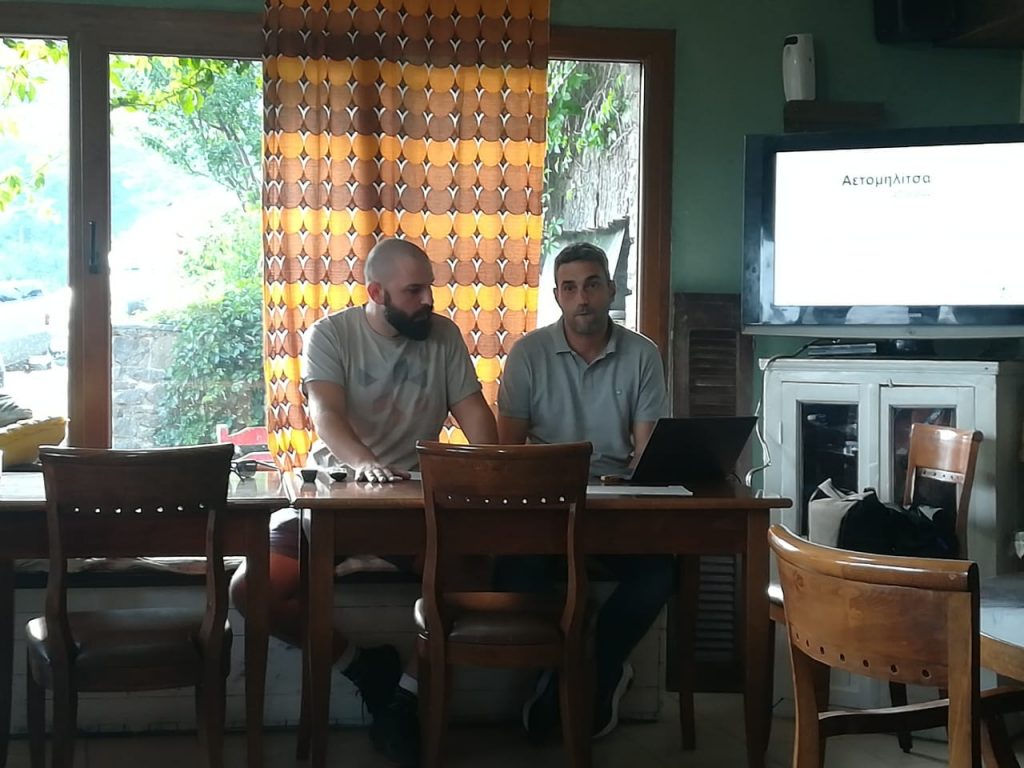 Finally, Chris Giotitsas from P2P Lab Ioannina and Dimitris Kitsikopoulos from Electra Energy Cooperative presented The Alternative of Energy Communities, explaining the legal context, the different models of Energy Communities and the possibilities that are raising for local societies to collectively invest, manage and protect their natural resources from overexploitation, by producing the amount of energy they need for self-consumption, reducing energy poverty.

A very interesting conversation followed between the 30 people who physically attended the event. This was almost the total number of the inhabitants of the village at this time. This is because Aetomilitsa is a nomadic village and most of the inhabitants depart for the cities at the end of the summer. Although, an amazing number of 1.000 people watched the event live online and since then the video has reached more than 3.000 views. The big number of people that sawed their interest on the event can be explained partially by the importance of the issue due to the energy crisis, but also by the will of local societies to find integrated solutions in the multidimensional problems they face. 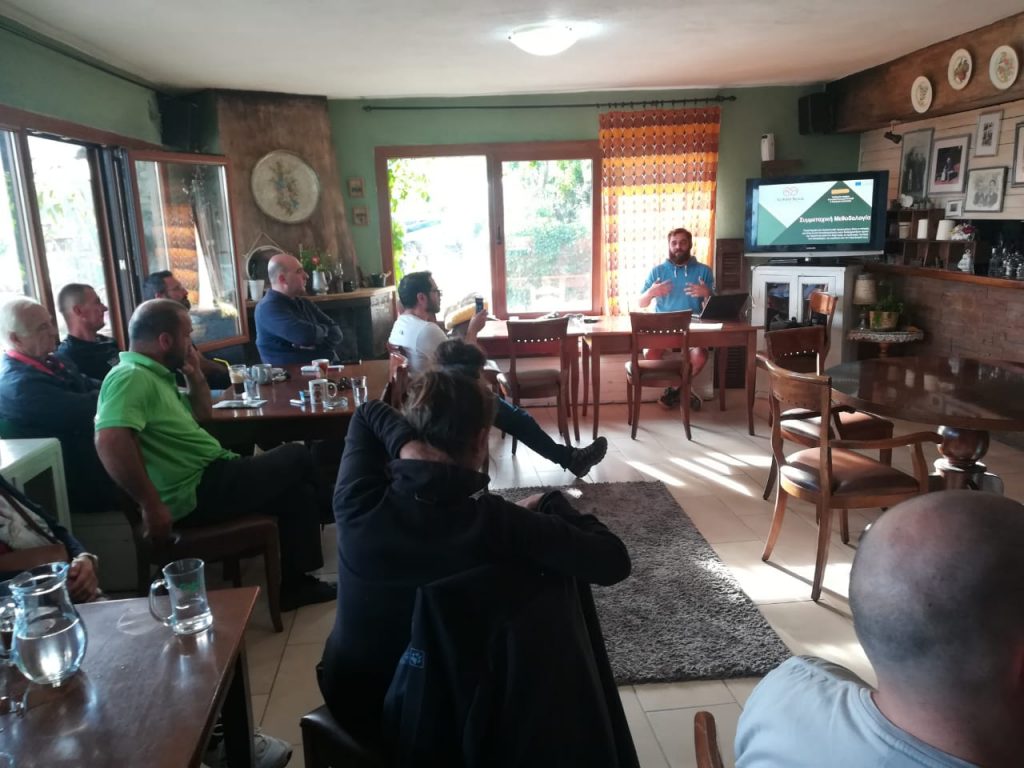