INCULTUM pilot establishes a collaboration for the Dragonlake of Tymfi (Greece)

the collaboration includes 2 projects and 9 entities, to support local communities prioritize their needs and take initiatives in tourism to take advantage of the potential and prospects of their region. 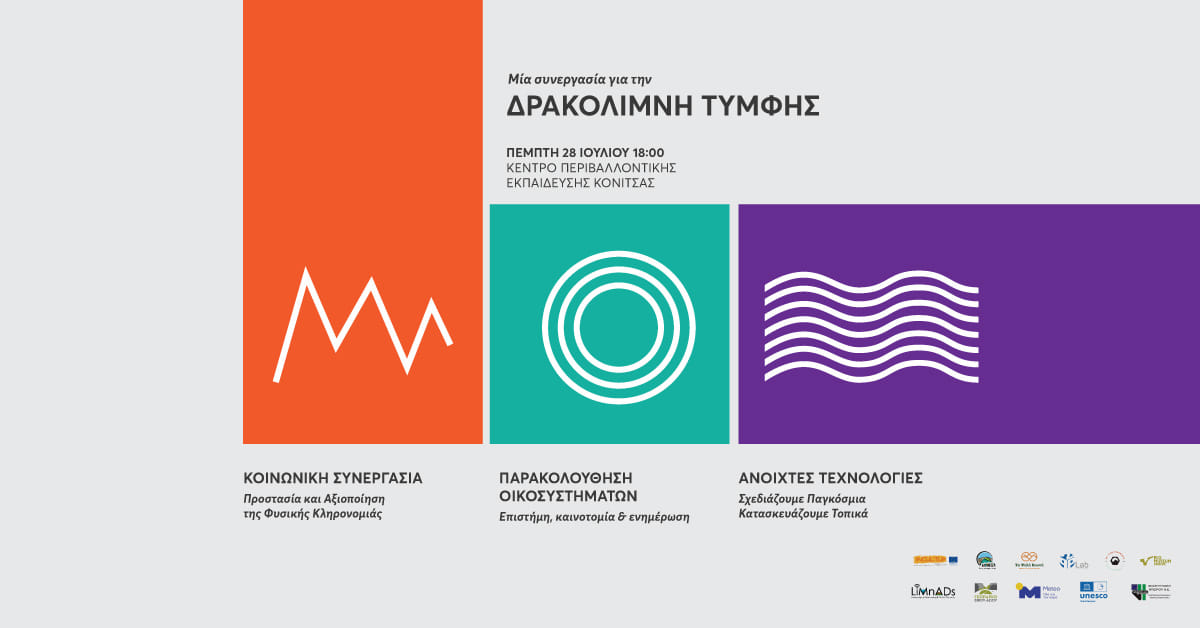 The discussion started with the first presentation about SOCIAL COOPERATION-Protection and Exploitation of Natural Heritage, by Mr. Sotiris Tsoukarelis, President of “The High Mountains” S.C.E. During his presentation Mr. Tsoukarelis analyzed how, through research on the development of cultural tourism, within the framework of the Incultum Project, did we arrive at a Collaboration for the Dragonlake of Tymfi, between two projects and nine entities, and how can local communities prioritize their needs and take initiatives to solve problems and take advantage of the potential and prospects of their region. In conclusion, highlighted how can the local bodies and the inhabitants of the area protect, but also exploit their natural and cultural heritage, through science and technology.

Τhen, the second presentation followed about ECOSYSTEM MONITORING – Science Innovation and Information, by Mr. Constantis Alexopoulos, LiMnADs. Mr. Alexopoulos explained that the Dragonlake of Tymfi is undeniably one of the most unique mountain landscapes of our country, which we have to protect. The climate change and the multiple anthropogenic pressures it faces, threaten this fragile ecosystem. Concluding the presentation, we were informed about the aim of the LiMnADs Project (“Limnades”) – a pioneering research based on science, technological innovation and information by six young scientists from Greece and abroad in collaboration with the UNESCO World Geopark Vikos-Aoos, the National Observatory of Athens, and the Regional L.A.G., which is to attempt to understand the factors that threaten the Dragonlake in order to contribute to its effective protection.

The last presentation was about OPEN TECHNOLOGIES – Design Global, Manifacture Local, by Mr. Vassilis Niaros, P2P Lab/Tzoumakers. The presentation was about knowing what are open technologies, how do they change the terms of the “game” in the matter of technological development and how the “Design Global – Manifacture Local” model removes the barriers of technological isolation of mountainous regions. During the collaboration for the Dragonlake of Tymfi through the local construction of a remote-controlled water-jet designed by a team of researchers from the University of Auckland, New Zealand, we will see how free knowledge and open technologies can provide solutions for monitoring sensitive ecosystems, but also tools for local communities to educate and promote local culture. 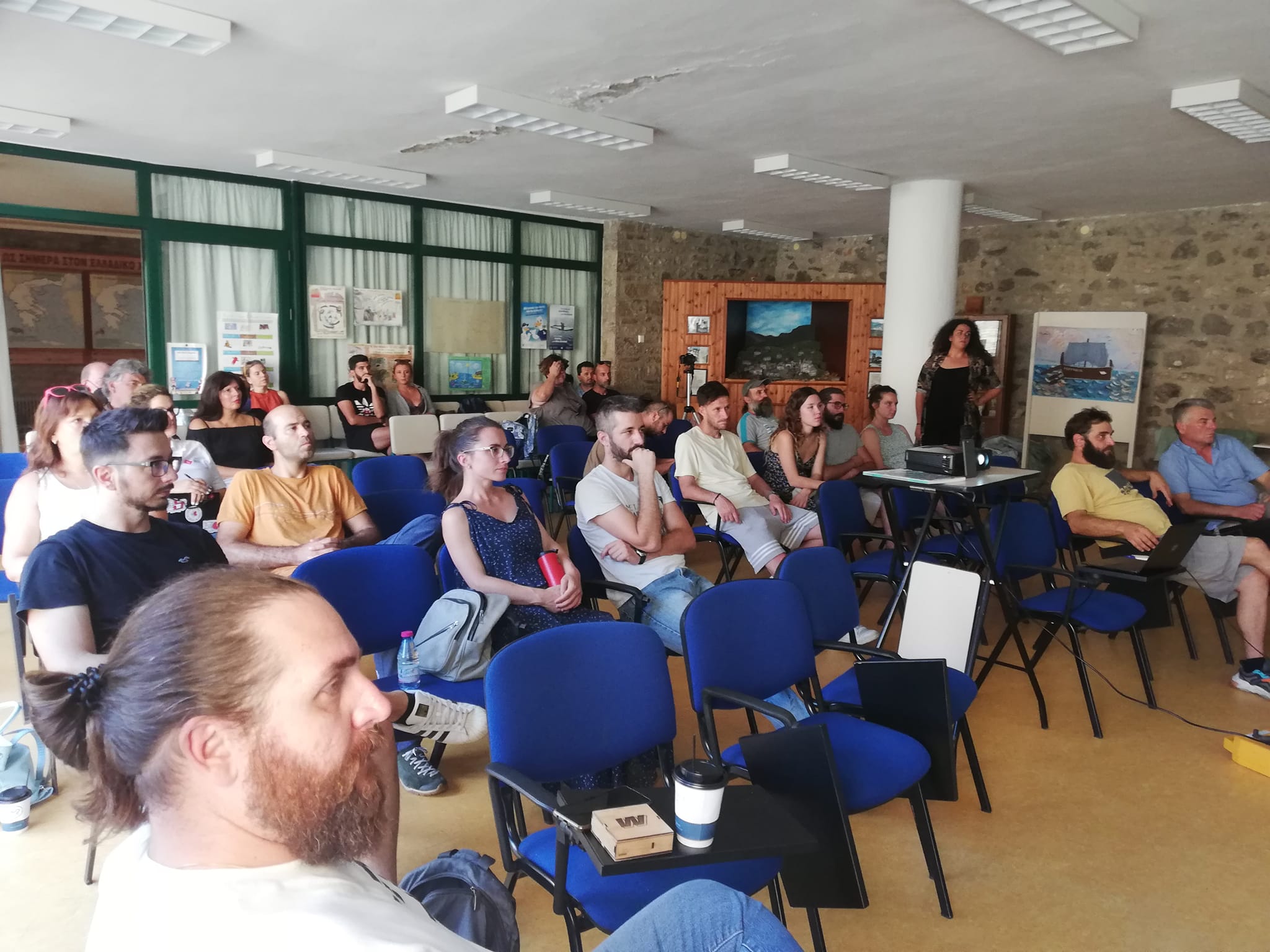 After the presentations the actions that are going to follow next September in the framework of the “Collaboration for the Dragonlake of Tymfi”, were presented:
– Action 1 (Beginning or mid-September) by P2P Lab, Tzoumakers , INCULTUM Project.
We are going to organize an educational workshop on open technologies and their local utilization, where we intend to use 3D digital printer to make the remotely controlled waterjet, that will be used as an environmental monitoring tool in the 2nd action.
– Action 2 (End of September) by LiMnADs, Vikos – Aoos Geopark, Epirus Development
Organization SA, INCULTUM Project: Expedition to Tymfi’s Dragonlake to support the research of the LiMnADs team of scientists, regarding the monitoring of the Dragonlake ecosystem, aiming at understanding the factors that threaten it, to protect it effectively.

A discussion including all participants started right after all presentations ended. Representatives of Local Associations, Social Cooperative Enterprises, Young Scientists, Professionals of Mountain Activities, discussed the cooperation they can develop with the project, in order to help in its implementation, but also to utilize its results and infrastructures, to create a series of activities and services, which link the protection and promotion of the natural environment and culture of the area, with new technologies, scientific research, education and tourism for the locals as well as for the visitors of Konitsa.

The essence of the discussion was that cooperation of local people, young scientists, producers, associations, social economy enterprises, that participated in the discussion, with the support of the local government, can connect and utilize infrastructures, social capital, natural and cultural available resources, for the benefit of the regeneration of our mountain villages and communities.

After the event, participants tasted traditional local food in Konitsa.
The successful coordination of the whole event was undertaken by Thaleia Pantoula, member of the “The High Mountains” Social Cooperative Enterprise.