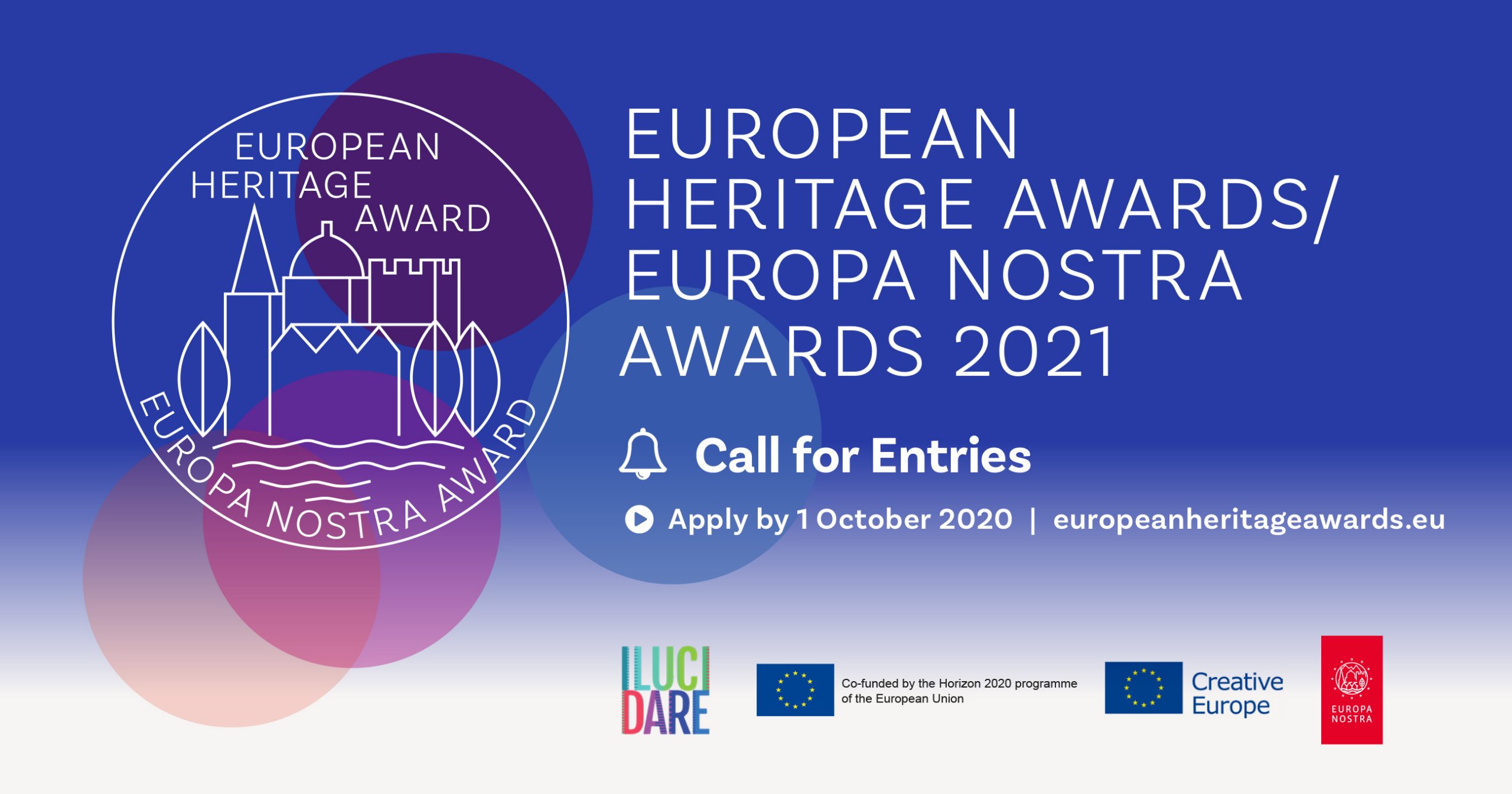 Now is the chance for Europe’s most inspiring architects, craftsmen, cultural heritage experts, professionals, volunteers, public and private institutions, and local communities to be recognised for their achievements!

Europe’s top honour in the field of cultural heritage, these annual Awards identify and promote best practices in the conservation and enhancement of tangible and intangible cultural heritage; stimulate the trans-frontier exchange of knowledge throughout Europe; increase public awareness and appreciation of Europe’s cultural heritage; and encourage further excellent initiatives through the power of example.

The Awards recognise outstanding conservation projects, innovative research, the longstanding dedication to heritage of professionals and volunteers, and exceptional initiatives in awareness-raising, training and education.

In 2021, up to 30 remarkable heritage achievements from all over Europe will be awarded. Of those, up to 4 winners will receive a Grand Prix with a monetary award of 10,000 Euro. One winner will also receive the Public Choice Award following an online vote conducted by Europa Nostra, the European Voice of Civil Society committed to Cultural Heritage.

In addition, from among the submitted applications, two ILUCIDARE Special Prizes will also be awarded for excellence in heritage-led innovation and international relations.

The Awards have brought major benefits to the winners, such as greater (inter)national exposure, increased visitor numbers and follow-on funding.

Submit your application and share your success stories across Europe!

This article is available in other languages.