the participatory activity continues across the months of October and November. It is still possible to join the volunteers in Granada

The Aynadamar irrigation channel was built during the 11th century to supply water to the ancient Alcazaba of Granada (Qasabat Garnata), the seat of the Zirid dynasty, and to the present-day Albayzín. This canalisation takes its water from Fuente Grande, also known as Fuente de Las Lágrimas in Alfacar. Aynadamar has undoubtedly been one of the backbones of the city of Granada, at least since the 11th century.

The recovery will be open at all times to the participation of the entire population interested in this hydraulic heritage, thus allowing the people of Granada to learn about the importance of the Aynadamar irrigation channel in the history of the capital, as well as the historical irrigation systems.

To participate, please fill in the following registration form: https://forms.gle/Dk1JwztrJeqZWYTq7. 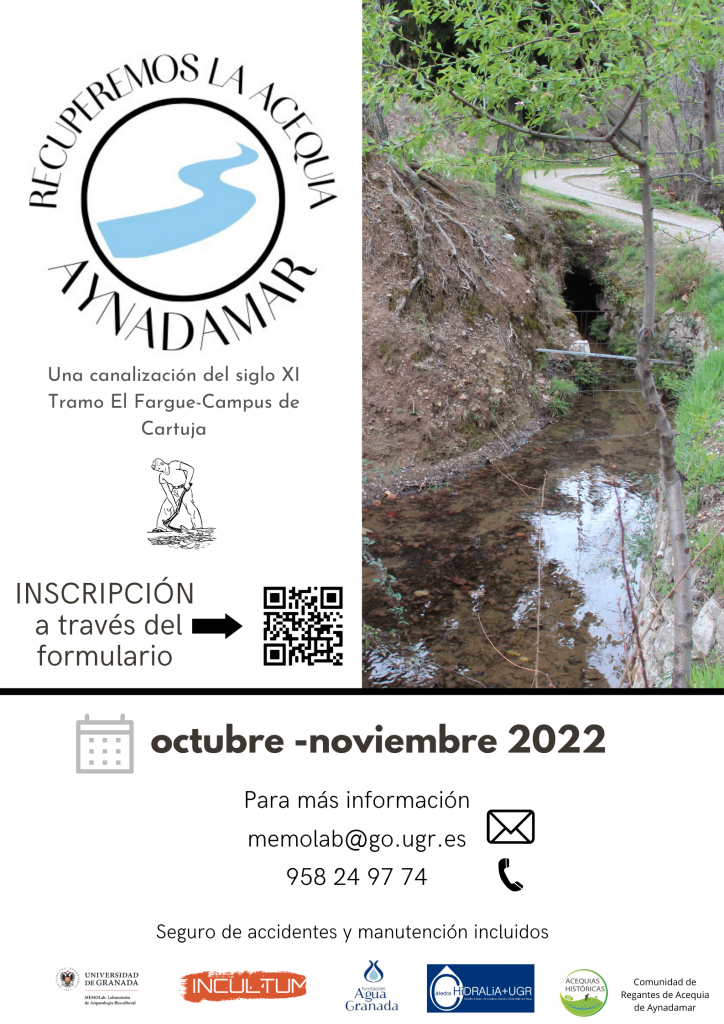