Association for the Promotion of Music and Dance in Portugal

PédeXumbo was born in 1998 to provide a legal framework for the Andanças Festival, created in 1996 by a group of Portuguese young people. The Association’s work can be divided into two stages: before and after 2007. Until 2007, it had an unstoppable growth, showing new artistic forms based on the practice of European dances and dances, hitherto unknown in Portugal. At the same time, it was promoting the professionalization of artists and increasing the offer in the area of traditional dance in Portugal. The Association itself became professional, expanding its activities to the whole country, multiplying festivals, training and leisure activities. In Évora, where it has its headquarters, it was possible to develop more in-depth work in the pedagogical aspect. To understand the scope of the association, it is necessary to talk about dances from the world, but keeping a distance with the Revivalism that happened in other European countries: in Portugal, the integration, especially with the Lusophone cultures, is very strong, and PédeXumbo safeguarded this wealth. 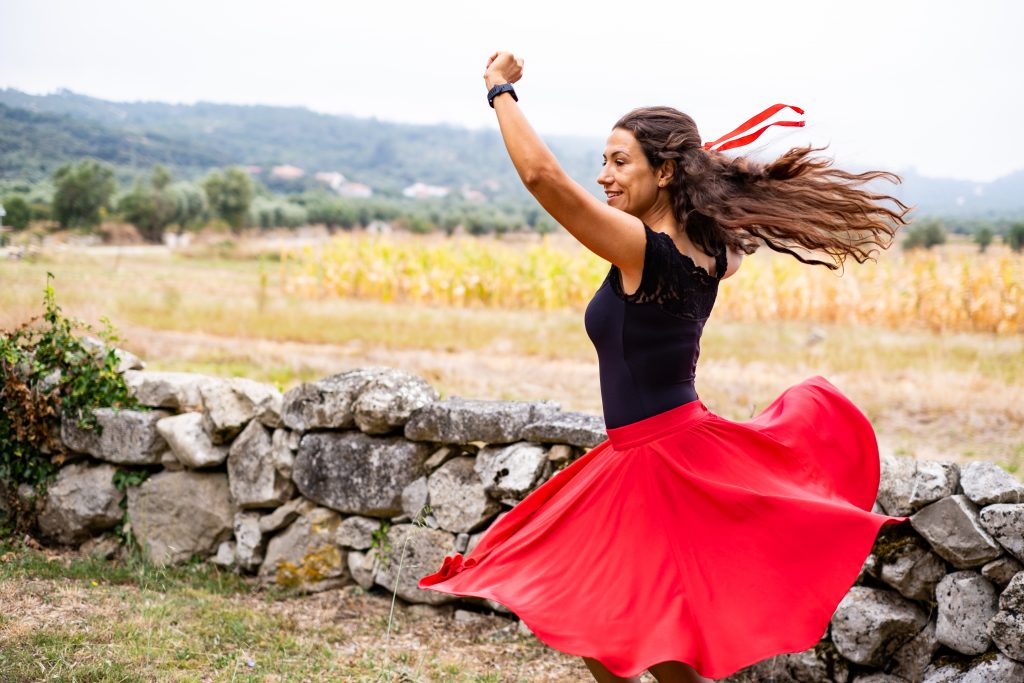 From 2007, PédeXumbo started a phase of loyalty of its public, but also of attracting new audiences, with the edition of DVDs and books on traditional dance and the programming of musical projects in national premiere. But it was mainly with the new creations that the association innovated. It used festival programming to propose new artistic productions, working with the traditional Portuguese choreographic repertoire, while trying to integrate the practice of the ball in new cultural spaces and cross traditional dances with other arts. Instead of creating a new dance company, it invested in the performing arts, including the public in the midst of creation and thus maintaining the most important aspect of the dance: the participation of all. Also the concern to register the Portuguese choreographic practices, which has been with PédeXumbo since its beginning, has been translated in a different way: initially based on the direct learning of traditional dances, PédeXumbo started to invest financially in records that could feed the new productions. This investment, in turn, led the association to think of ways to monetize and enhance this Intangible Cultural Heritage on the Internet, increasing its diffusion.

As a result, A Dança Portuguesa a gostar Dela Própria is a dissemination and research project that is led by PédeXumbo and included in WEAVE.

The team consists of Marta Guerreiro, who  has a degree in Sociocultural Animation and in recent years has been linked to Traditional Dance. He attended several trainings and workshops, always in the area of Traditional Dance, having taken the Training of Dance Trainers, with the teacher / dancer Mercedes Prieto. She has a postgraduate degree in Dance in Educational Contexts from the Faculty of Human Motricity with the coordination of Professors Elisabete Monteiro and Margarida Moura. Did the training O Corpo que Pensa, guided by the therapist and dancer Pia Kraemer M.A. She is currently coordinator at Associação PédeXumbo where she has created and developed research, editing and programming projects in the field of traditional dance.

Their Role in the WEAVE project has included providing traditional Portuguese dance content and also organising several LabDays. Information on those LabDays  can be found on the project’s website and YouTube channel.