in this hands-on activity, students worked on building galleries on Europeana and annotating digital cultural collections 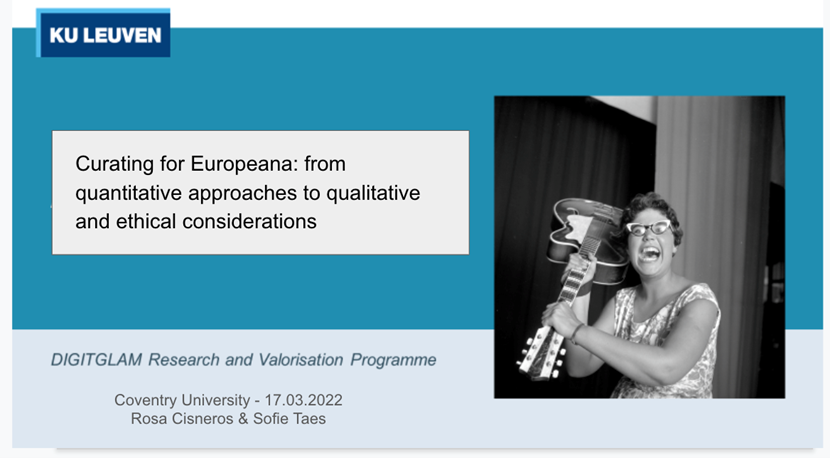 Sofie began with an interactive talk, ‘Curating for Europeana: from quantitative approaches to qualitative and ethical considerations’, which was grounded in context of digital transformation and the current transition to a new era with diversity and inclusion, participation and co-creation at its core. Students worked on building galleries on Europeana and annotating collections using CrowdHeritage tool on a heritage collection highlighting dance as a cultural practice and aspect of intangible heritage. Rosa then followed with a talk, ‘From crowdsourcing and co-creation to citizen science: Civic Epistemologies’, using the Civic Epistemologies project (2014-2015) as a case study and thinking about its ‘roadmap’ for citizen researchers in digital heritage. We then moved on to a wider discussion about consulting ‘the crowd’ in WEAVE and how to design a LabDay.

The students very much enjoyed the seminar’s interactive elements, using QANDR (a discussion tool allowing for inclusive and participatory engagement) and becoming familiar with using Europeana, all within the context of lively debate on current issues of inclusion, participation and co-creation in the digital heritage sector. Thank you, Rosa and Sofie, for your fantastic intervention!