WEAVE was a best practice example at the Erasmus+ NEFELI training

The NEFELI Online training was held from Nov 29 - Dec 3 and welcomed people from Hungary, Greece, Slovakia, the UK, Spain and Poland 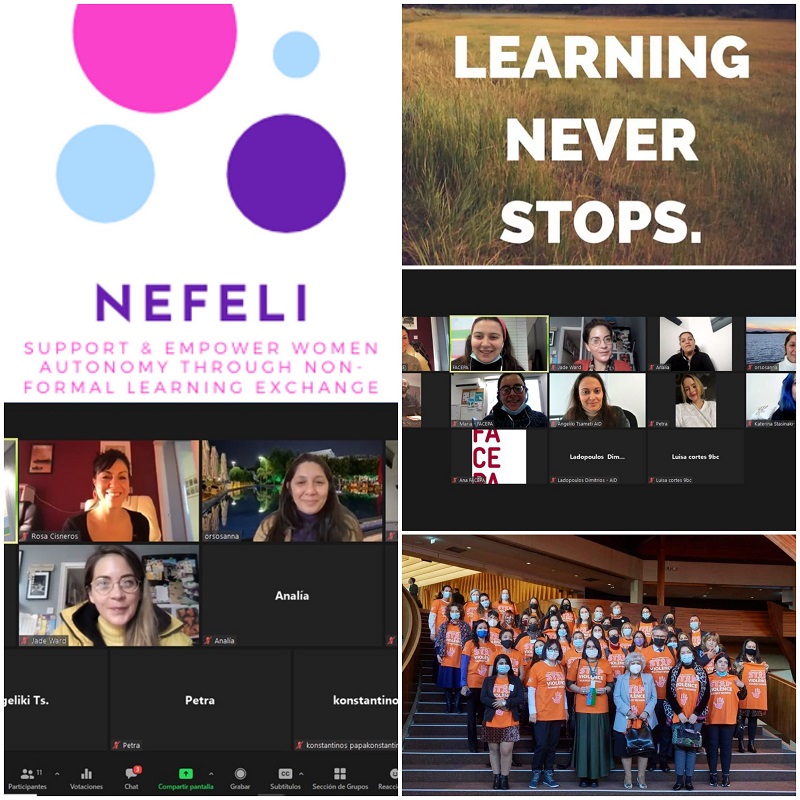 text and image by Rosa Cisneros.

The Erasmus+ NEFELI project offered a weeklong training of non-formal learning activities and methods that can support women from various parts of society. The team targeted women from grassroots communities, refugee and asylum seekers as well as researchers working with this group of women/girls.

The NEFELI Online training was held from Nov 29-Dec 3 and welcomed people from Hungary, Greece, Slovakia, the UK, Spain and Poland.  The project team also honoured the UN’s 16 days of activism campaign of End Violence against Women through sharing the Grow and Glow film co created with women across the UK and Europe.

Objectives of the training included:

Rosa Cisneros (COVUNI)  is involved in the NEFELI project  and leads on the Communicative Methodology (CM) strand of the work.  On the second day of the training Cisneros presented practical examples of CM and presented the WEAVE project, consortium and the LabDays being developed within the project. Europeana was also discussed and explored and the use of digital technologies in relation to minority communities was critically unpacked. The participants identified key questions that pertain to them and their contexts and used cultural heritage objects from Europeana to reflect on their environments.