Unveiling a new archaeological collection previously unavailable to the public

A new museum exhibition opened in the city of Përmet, Pilot area of the Upper Vjosa valley, Albania.

During end of March and early April, CeRPHAAL team was involved in preparing a museum exhibit of archaeological artefacts found within the territory of the Upper Vjosa valley, Albania. This activity was supported by the Municipality of Përmet, and the display panels were arranged in the environments of the recently opened museum of the city. The collection was previously unavailable to the public, therefore prior to the display, many of the artefacts went through a conservation and restauration process. 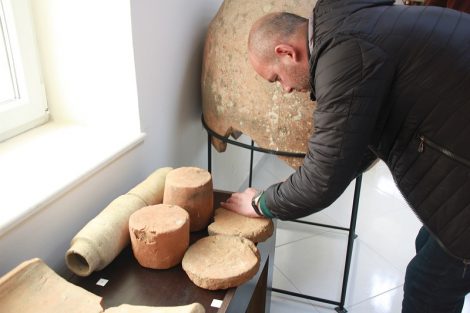 Most of the displayed items derive mainly from a collection of material found during the archaeological excavations carried out during the 1970-1980 in the area, including also chance finds from various part of the Pilot territory. The display collection comprises stone tools, pottery vessels, jewelry objects, decorative reliefs, and construction materials, which date from Prehistory to the Late Medieval period.

Each object was labeled both in Albanian and English, describing the typology of the object, dating, and its place of origin. In addition, two text panels about the Tumulus of Piskova and the history of the city of Përmet were also prepared and added to the display room. 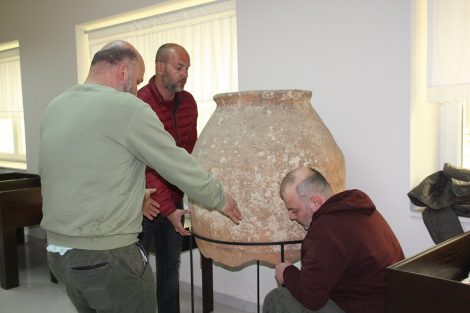 This activity in the Pilot aims at the preservation, restauration and promotion of material cultural heritage of the area. Also, it provides an additional alternative for the tourist to absorb and engage into the local archaeology and history of the Upper Vjosa valley.