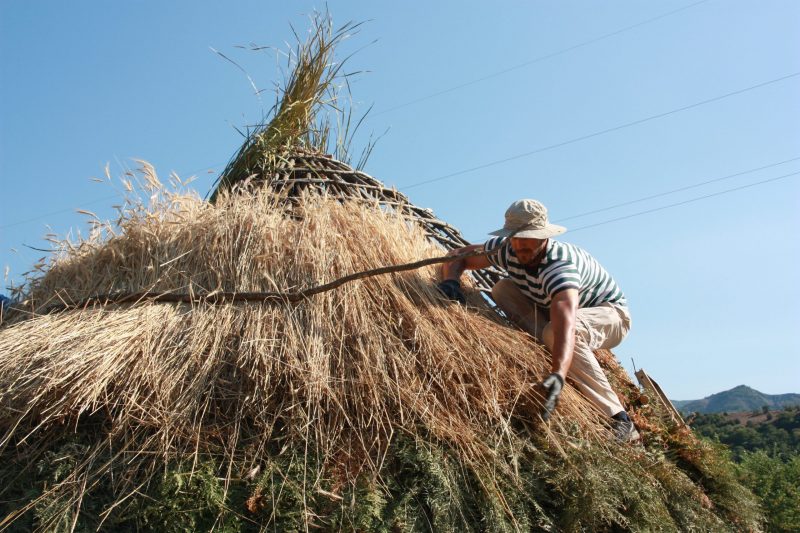 During the second half of July 2022, CeRPHAAL team was engaged in the reconstruction of a Vlach’s historical dwelling, the ‘kalive’. The Vlachs, which are known to themselves as Arāmān/Rāmān, are an ethnolinguistic group that have historically inhabited swathes of the Balkans territory. They are distinguished by their language, which is a dialect derived from Latin, and by their way of living, based primarily on long-distance seasonal pastoral transhumance. The Vlachs are initially mentioned in Byzantine sources of the 11th century, occupying the mountain areas of Thessaly, known as Vlachia, and subsequently in the territories of Epirus, Macedonia and beyond. The Upper Vjosa valley was one of the main routes used during Vlachs seasonal movements from winter pastures in the Ionian coast, towards the summer pastures in the mountain areas of south-east Albania. The whole journey would last around ten to twelve days, and Vlach families were followed by substantial herds of sheep. Daily camps of simple woolen tents were set up on their treks. Once arrived in the summer pastures, the Vlachs build their encampment, consisting of several familiar dwellings, known as ‘kalive’. These were circular structures made of wood and covered with thatched roofs. Walls and floors were mud-plastered, and the interior consisted of a simple hearth and wooden shelves. During the Medieval era, Vlach families began to permanently settle in the mountain areas to the east of the Upper Vjosa valley, ultimately losing their nomadic aspect of life, but not their language. Other Vlachs continued to travel until 1950, when the Albanian state banned Vlach transhumance, and several families were settled in villages of the valley.

The reconstruction of the Vlachs dwelling is an initiative undertaken in the Pilot of the Upper Vjosa valley, and it aims at recording and promoting the lost traditions of the Vlach historical community of the area among locals and tourists. This dwelling represents one of the elements of the material cultural heritage of the Vlachs community. It is their living history that survives due to the detailed memory retained by those individuals who once lived in pastoral transhumant societies across the landscape of Upper Vjosa valley. The dwelling was constructed using the same techniques and materials that Vlach builders used in the past, and was acquired in the surroundings of the area. The reconstruction took place in one of the Vlachs daily stops along their long-distance transhumant movement towards the summer pastures in Mt Gramoz. Today this location is a campsite (Albturist Ecocamp) nearby the town of Përmet, which is largely frequented by both domestic and foreigner tourists. 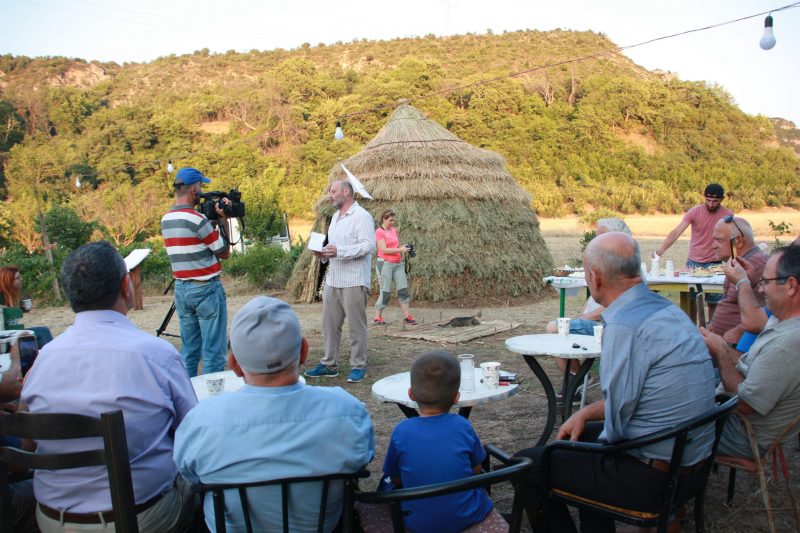 To help visitors understand more about the history of the Vlachs, an interpretation panel was designed, containing information in both Albanian and English, along with historical pictures of Vlachs people and their seasonal settlements, as well as a map of their seasonal movement showing their track towards upland summer pastures. The panel also contains QR code generators, including that of Vlachs historical route, previously tracked and documented by CeRPHAAL team and uploaded in Wikiloc.

At the end of the activity, a celebration event was held, bringing together Vlachs community of the valley, other local individuals, researchers, as well as tourist who were staying in the campsite. Also, INCULTUM partners from The High Mountains cooperative, Greece participated in this event. During the reception, old Vlach’s folk songs were sung and past stories were told and recorded.