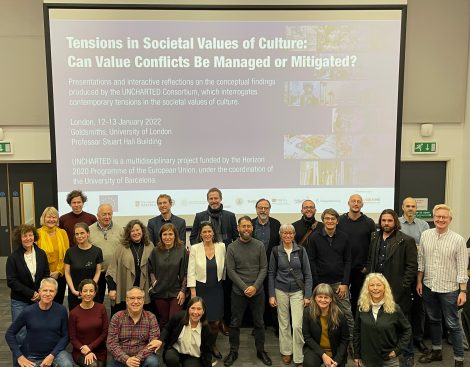 The members of Uncharted Consortium – Courtesy of Goldsmiths

The UNCHARTHED Central Event was held last 12-13 January 2023 in the fantastic location of Goldsmith University of London and saw the participation of entire consortium, project advisory board members and many invited stakeholders involved in the project.

It was an opportunity to discuss and debate collectively about the tensions in societal values of culture reflecting if the value conflicts be managed or mitigated.

The event opened with a Symposium,  a one-day public debate to present the findings of the project to a broader 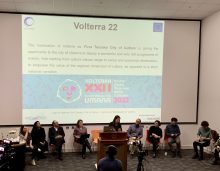 A moment of Symposium

audience which was also attended by invited stakeholders. The conference also included a poster exhibition which showcases empirical findings from primary case studies undertaken by the nine partners. The second day was dedicate to co-creation workshop of the UNCHARTED project, which has led to a productive comparison of the research and work planned by the five work packages.

The appointment is at the next meetings.

The poster exhibition presented in London will be shortly accessible online as a digital poster gallery from the project website. Stay tuned! 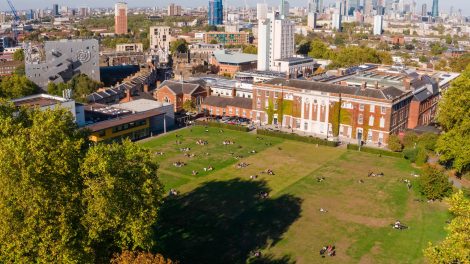