The technology and methodology behind WeAre#EuropeForCulture

WeAre#EuropeForCulture wanted people and citizens of any age and background to meet cultural heritage and interact with it, under the motto “it’s your history too”. It is a stubborn misunderstanding that communities or individuals who do not routinely engage with cultural activities have little or no interest in cultural values or do not value their heritage, as lack of interaction can have a myriad causes. Nowadays, digital applications play a more and more important role in helping cultural institutions come closer to citizens and audience via interactive approaches to culture. The role of Europeana, that is acknowledged as the “digital face” of the European Year of Cultural Heritage, is key in sharing millions of cultural heritage items that can be accessed by citizens, education networks and creative industry: a wealth of material to inspire new ways of conceiving cultural heritage creation, interaction and enjoyment.

But all this institutional material available online is only a part of the cultural heritage of people and places, which is not something that is exclusively kept in memory institutions, and it is not about objects and monuments only but it is also our traditions and way of living. Often, people underestimate the importance of the cultural heritage that is in their hands or in their family stories, but everybody preserves some precious items and old photos, which render such cultural riches. 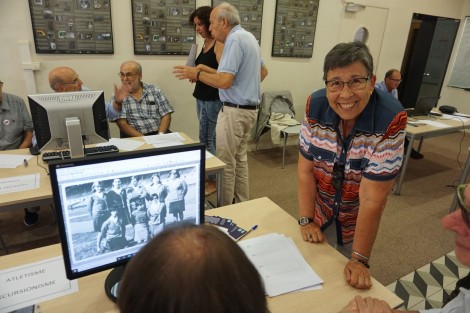 Basing on heritage photography, WeAre#EuropeForCulture leverages on a medium that is always very appreciated by all kinds of people. Photography, particularly the one depicting the stories and lives of our grandfathers, is something everybody easily relates to and interacts with. It really shows to the eye places, faces and situations that are common across generations and across countries, but it also captures traditions and peculiar stories from the local heritage that deserve to be re-discovered and shared. 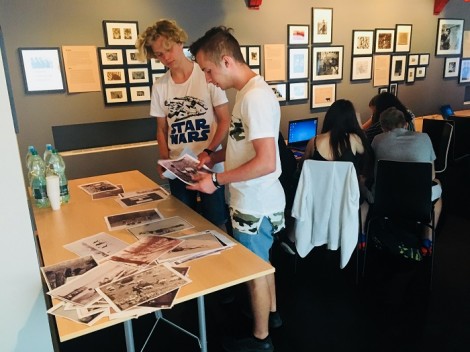 Combining heritage items and crowdsourced stories and photographs, WeAre#EuropeForCulture offered thousands of European citizens an opportunity to engage with both the History and their personal histories.

To enable all this, the exhibitions in 10 iconic cities in Europe were co-created and then displayed via a multiscreen technology that allowed both exhibition building and visitors interaction. Each exhibition was prepared well in advance during a series of co-creation sessions and workshops: during the preparatory phase and also at the co-creation workshops, different types of exhibitions formats were explored, customizing them to the requirement, needs and creative proposals of the participants. Photographic materials sourced from Museums and Europeana were mixed creatively with crowdsourced family photos and stories. 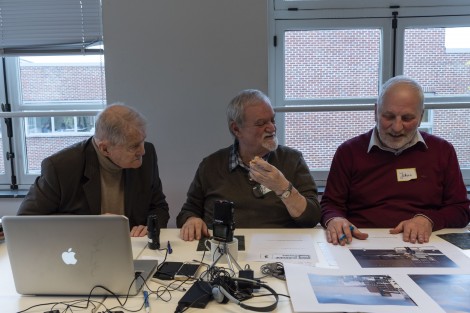 The result is an easy-to-use, entertaining and modern way of interacting with cultural heritage and stories. The MuPop technology at the base of the WeAre#EuropeForCulture experience is a easy to access, interactive and highly engaging exhibition software that allows users to interact with content by simply connecting their own smartphone to the screen. As starting point of the experience, the exhibition runs in autoplay mode, to showcase the functionalities, simulating user input so that it draws maximum attention. Visitors can then  join in (and leave) at any time, with multiple users connected simultaneously. 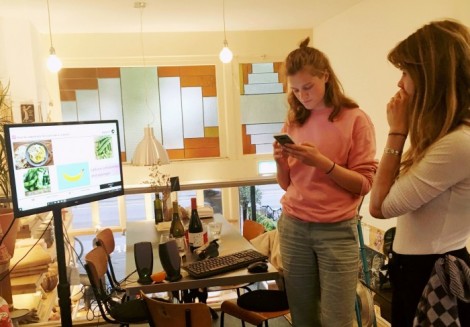 WeAre#EuropeForCulture leverages on this technology to be ‘where digital meets physical’, and as such the MuPop experience is more than just a digital screen that visitors can interact with. The idea is to lower the threshold for audiences to engage with cultural heritage, art and educational content, by making the content available in an accessible and playful way, within, but not necessarily in, a typical museum context, and making optimal use of the physical dimension of the spaces. 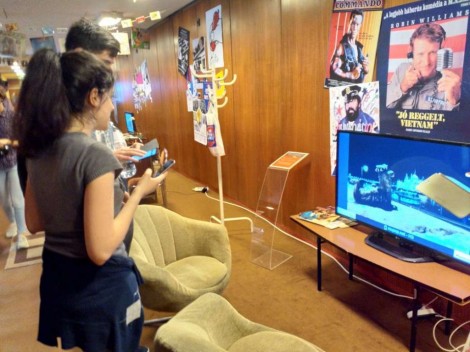