An artistic approach to solve the environmental challenges of cities

Street art as a decorative element and tool to fight smog

Always more frequently, many cities within and beyond Europe, are approaching the issue of pollution in a creative way.
Street art becomes not only a decorative element, but also a tool to raise awareness on issues related to environmental sustainability and concretely help the environment: thanks to special paints which work on a principle comparable to the photosynthesis process in plants, the murals have the ability to purify the air.

“Eco-murals” are achieving great success in Poland, as one of the countries struggling the most with air pollution. 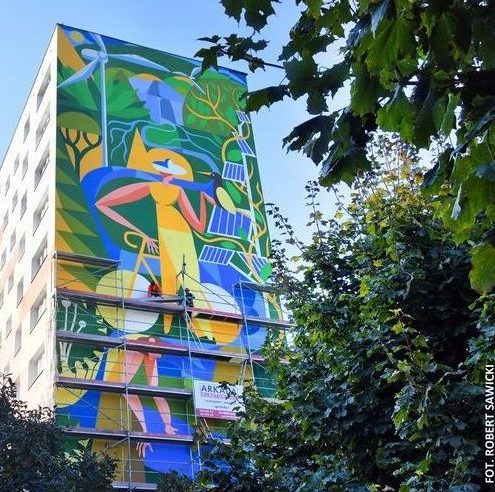 One of the last cities that is fighting smog with art, is Bydgoszcz, where the eco-mural “The Source” realized by Marcin Czaja from Krakow, covered a wall of 374 square meters. According to the city website, one square meter of anti-smog paint absorbs 0.44 g of nitric oxide, the same absorbed by one tree per day: the area of the wall is equivalent to planting 374 trees, in an urbanized area where this is hardly possible.

Warsaw also hosts a similar mural, as part of a collaboration project with Converse City Forests in September 2020.

These environmentally friendly murals are increasing all over the world. 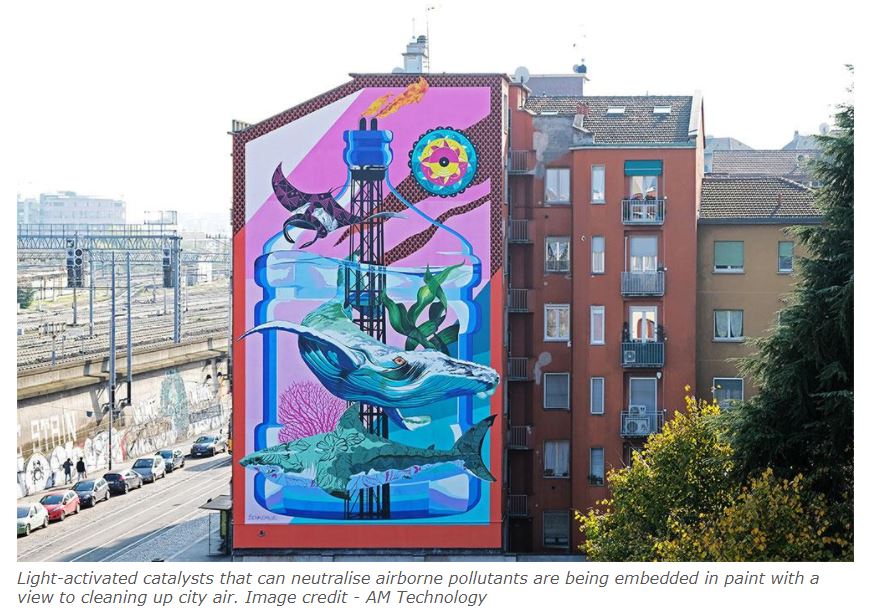 In Milan (Italy) the “AnthropOceano” eco-mural by street artist Iena Cruz, underlines the beauty and fragility of the marine environment.

On 5 June 2021, on the occasion of World Environment Day, the colorful “Stand with us” mural was inaugurated in the Holland tunnel of Jersey City, the route that connects New Jersey with New York. “Stand with us”, created by the artist Amanda Phingbodhipakkiya, in addition to the ecological skill it also launches a strong message against racism.

Amanda Phingbodhipakkiya’s digital illustration for “Stand with us” mural