Participatory inventory of the territory’s heritage of Morvan

first steps in mapping the rural tracks network of Morvan (France) for their future protection, management and valorisation

One of the proposed actions of Bibracte-Morvan: ancient paths into the future in the INCULTUM project aims at mapping the Grand Site de France Bibracte – Mont Beuvray rural tracks and bringing insights for their future protection, management and valorisation. A look back at the actions that the INCULTUM Pilot leverages for further development in tourism promotion of the area.

Reactivate the interest in the network of rural paths

In 2018 Bibracte and its partner the Morvan Regional Natural Park decided to carry out a detailed and operational analysis of the heritage of rural paths on the scale of the Grand Site de France Bibracte Mont-Beuvray (12 villages, 42,163 ha).
A preliminary work was conducted between 2018 and 2020. Working sessions on the rural tracks with stakeholders of the territory, including elected representatives, inhabitants, local tourism actors, etc. were organised in four villages territories. This study revealed that for the local communities, the network of rural paths appeared as the most federating elements of the attachment to the territory and its landscape, and can therefore be considered as a common good to be reappropriated.

The comparison of the early 19th c. “Napoleonic” cadastres and the current cadastres of the Grand Site de France territory revealed an exceptional density of the network of rural roads: 1,000 km on the scale of the 12 villages, that is to say 2,7 km roads/km². This density can be explained by the historical dispersion of the population in the Morvan and the absence of agricultural land reparceling which has allowed the rural paths to persist through the ages. Considering an average width of 4m, this is an exceptional communal heritage, representing about 400 ha of communal land (or 33 ha on average per village).

This preliminary work that led to the proposal for INCULTUM helped us to define a common objective: bringing the rural paths out of oblivion. 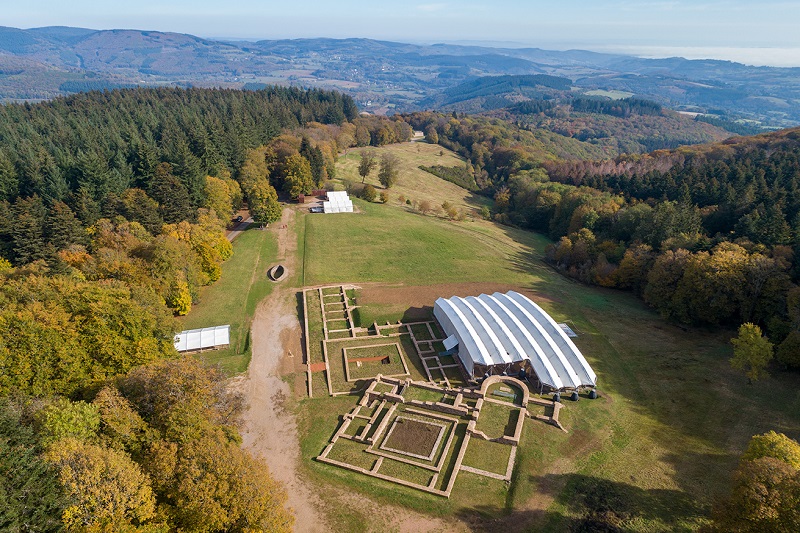 On the road to a shared map

Two academic studies conducted in 2018 and 2020 have allowed the development and validation of an inventory and characterization protocol and lead to the creation of a GIS project. A first mission was conducted between February and March 2021. A reliable database of the network of rural paths of the 12 villages of the Grand Site de France has been collected, which allowed us to develop a management tool for local stakeholders.
A “theoretical” map was produced for each of the twelve villages based on the public Plan Cadastral Informatisé (PCI) delivered by the Direction Générale des Impôts (DGI) and using the EDIGéO standard. These maps constituted an initial inventory of the network of rural paths with precise legal criteria.

This stage was followed by the development of a methodology for collecting data in the field and for characterising and evaluating the real state of the network (i.e. the existence and practicability of the paths).

The methodology is available at this link.

Then, in order to operate the characterization of rural roads in the field and to record their condition, a GIS project was embedded on an Android tablet through the QFIELD application, built with all the data (scan25, orthophoto, cadastre, departmental and communal roads, rural roads). For each project, a GPS plot is generated for each path in order to compare the data.

Thus, the village of Glux-en-Glenne was selected as a “pilot” territory to carry out the field work. This test revealed, that out of 73 km of rural tracks, 18 km (25% of the network) is affected by management concerns and may be subject to regularisation (of which 10 km of tracks have disappeared), and 62% of the network is in a “correct” state, but more than 20% of it is poorly maintained.

These research outcomes are the basis for the work to be done in INCULTUM Pilot 6 across 2021-2023.