The programme is coordinated by Flore Coppin, Heritage and tourism officer and coordinator of the INCULTUM Pilot at Bibracte. 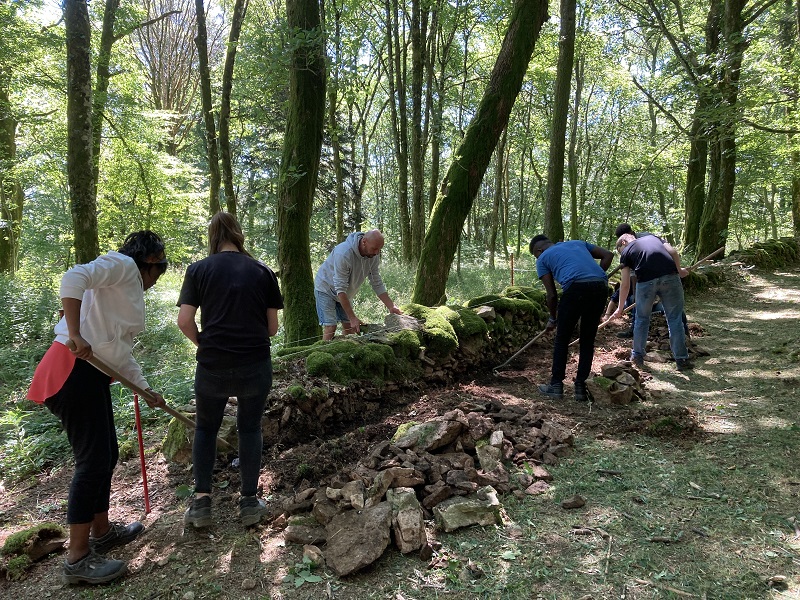 From 11 to 23 July 2022, international volunteers from the Rempart Federation, which works to safeguard and restore exceptional or vernacular built heritage, take part for the first time in a heritage summer camp at the Bibracte-Mont Beuvray Grand Site of France.

The objective of this programme is to restore a low dry-stone wall bordering an old trail on the southern flank of Mont Beuvray in the sector known as “Place aux Laides”. In the long term, the aim is to develop a new discovery route for the Bibracte-Mont Beuvray Grand Site de France on this part of the massif that is less known to the public.

Probably dating from medieval times, this magnificent path, located under the forest cover, is lined with trees and low dry-stone walls. Around it, piles of stones marking the boundaries of former plots of land bear witness to former agricultural activities on the Beuvray, now fossilised under the forest. 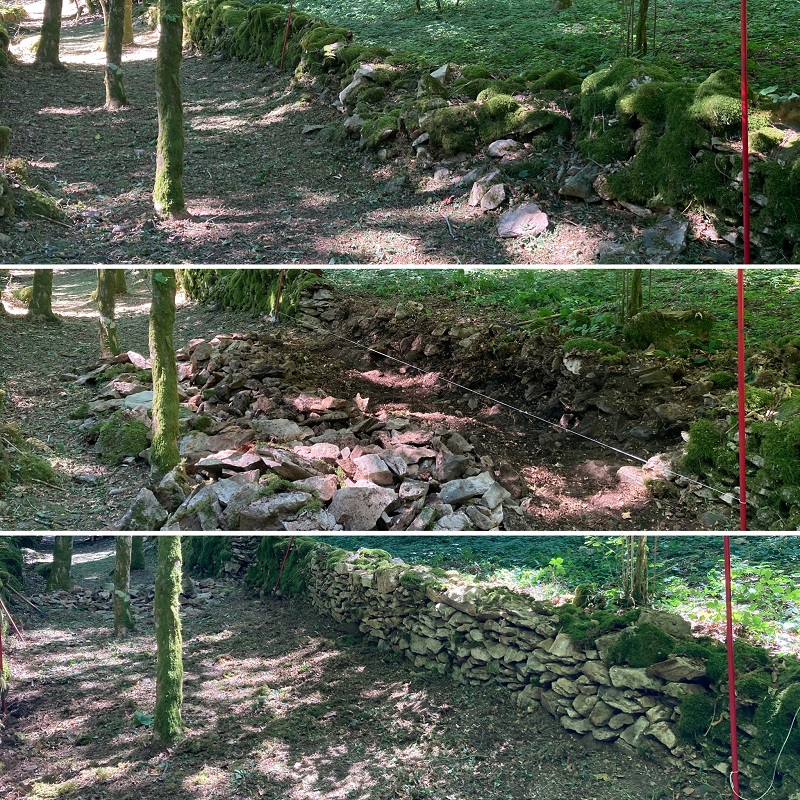 The ten or so international volunteers, some of whom are asylum seekers hosted by local associations, are supervised by two group leaders from Rempart and a technical leader from the “TREMPLIN Homme et Patrimoine association” – an NGO working for integration through economic activity – who organises workshops on the restoration of dry-stone walls. Pascal Paris, archaeologist and assistant to the director of research at Bibracte, supervises the fieldwork. The programme is coordinated by Flore Coppin, Heritage and tourism officer and coordinator of the INCULTUM Pilot at Bibracte.

During the stay, the participants are taking part in the fieldwork – restoration of dry-stone walls, clearing of undergrowth, enhancement of the site – and the weekends are devoted to discovering the Bibracte Mont – Beuvray Grand Site de France and the Morvan. They are accommodated by Bibracte in Glux-en-Glenne.

This heritage work camp is part of the pilot-project led by Bibracte to enhance the more than 1,000 km of rural paths that criss-cross the Bibracte-Mont Beuvray Great Site of France. Carried out in collaboration with the partners of the Grand Site de France label, it aims to develop and promote an innovative tourist offer in the area, combining outdoor activities, discovery of the heritage and cultural activities. 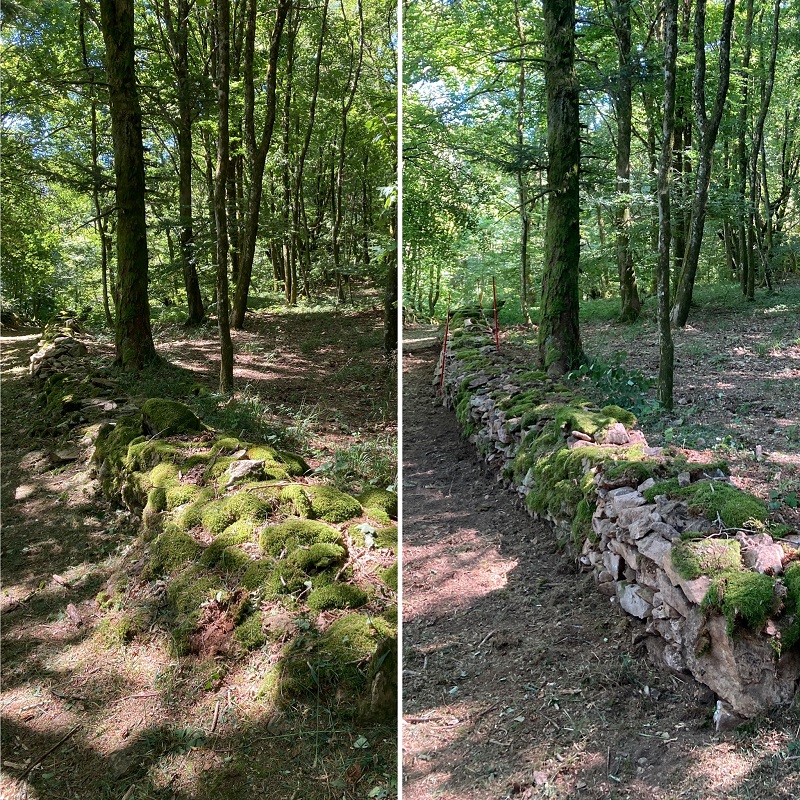 As Vincent Guichard, general manager of Bibracte, explains, “Our idea is to make this type of heritage summer camp a permanent feature every year and to enhance other paths on the Bibracte-Mont Beuvray Grand Site de France. In the long term, in the frame of our pilot project and in partnership with the 12 village communities of the area, we want to involve the inhabitants, and in particular young people, so that they can re-appropriate the common heritage that the rural paths constitute, to which the local population is very attached.”

This programme, organized by Bibracte in partnership with Rempart Federation, is funded by the European Horizon 2020 programme as part of the INCULTUM research-action project, the French State, the Regional Board of Bourgogne-Franche-Comté and the Nièvre Department.