The city is marked by a long and ancient history, evinced by old human settlements, such as Fontana Ranuccio (457.000 years ago).

The population of over 20,000 inhabitants’ lives in the still densely populated old town as well as the surrounding countryside and rural areas. The city offers several facilities and active cultural initiatives, such as the Antonio Labriola Community Library, the Community Historical Archive (part of “Valle del Sacco”, a larger library and documentary system), the Artistic and Historical Institute of Southern Lazio, and the Pepe Verde, a literary magazine for children sponsored by the Township of Anagni. 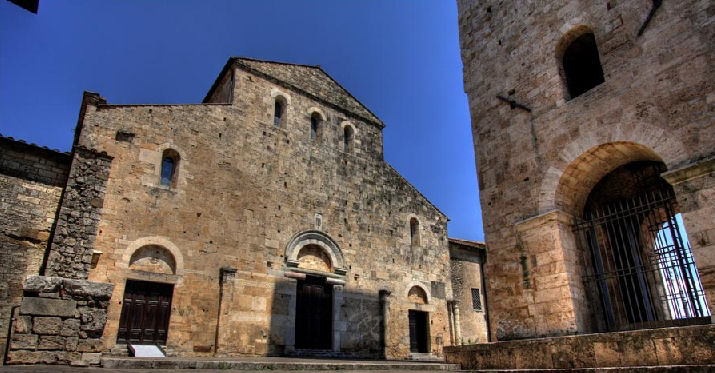 In recent times, Anagni has become a vibrant commercial centre and is one of the most important industrial hubs in central and southern Italy. 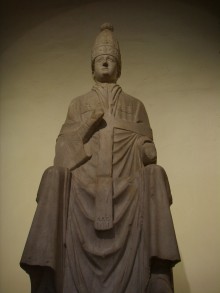 Anagni, the city of Popes

Anagni is popular for having been, in the Medieval Age, the city of the Popes. While hosting the papal court between the XI and XIV centuries, Anagni saw the birth of Popes Innocenzo III, Gregorio IX, Alessandro IV and Bonifacio VIII.

The period of the papacies between Alexander II and Boniface VIII, spanning over 300 years, represents a fundamental moment in the history of Anagni. The city was an epicentre of Medieval European politics; it was a primary site of the conflict between the Pope and the Empire, the Roman controversies, the struggles between the Guelph and Ghibelline factions and the plagues.

Rooted in the past and ready for the future

Anagni is a unique city: nestled between Rome and the sea, it is known for its easy-going lifestyle, fine restaurants, festivals and beautiful architecture. Many people choose to come to this city for its countryside charm and proximity to Rome.

A walk around the city is an historical tour-de-force. A short walk about takes you to the Cathedral (XII century) and its famous frescoed crypt, Bonifacio VIII’s palace (formerly Conti palace), the historic Town Hall, Casa Barnekow and S. Pietro in Vineis and many other well-preserved relics of the medieval age. The massive walls in opus quadratum, the Arcazzi and Villamagna date back to Roman times. The palaces overlooking the main street and the baroque churches belong to later periods (from 1700 onwards).

Below the cathedral, there is the beautiful and spacious Innocenzo III square. This is a centre of social activity enclosed by many historic structures, including the unique Moriconi building (tourist information centre). From there, it is possible to reach the Boniface VIII building, included in the Cistercian monastery, together with the Church of Immaculate Conception and Saints Cosma and Damiano. Bonifacio VII square features the breath-taking Traietto and Lauri.

In spite of its historical treasures and singular beauty, there are significant issues that need to be addressed in Anagni. Not all residents have equal access to resources and opportunities. We are now calling for a “sustainable community strategy” to ensure that economic, social and environmental issues are taken into account as we move forward with the administration of the town.

Our vision for the city

The town’s administration, led by Fausto Bassetta, envisions the Anagni of tomorrow as a dynamic city that meets social needs and promotes sustainable economic success in an inclusive, just and harmonious way. Bassetta and his team are  dedicated to improving and protect the environment, and promoting the city’s rich cultural heritage on an international level.

The principal religious center of the city, the cathedral is Romanesque with elements of the Gothic style. It was constructed by the bishop S. Peter of Salerno between 1072 and 1104 and governed during the 13th century by 24 powerful cleric’s canons.The Cathedral stands where there once were pre-Roman and Roman acropolis. The monument covers several floors: in the basement, one finds St. Magno’s crypt with St. Thomas Becket’s oratory; on the ground floor, there is the church with the side chapels; on the first floor, the treasure museum, the Saviour’s chapel, the chapter house, the sacristies and the library; and on the second floor, the capitulary archive.

The most noteworthy part of the Cathedral is its crypt. Known as the ‘Sistine Chapel of the Middle Ages’ boasts 540 square meters of symbol-bearing frescoes, datable to the papacies of Innocent III and Gregory IX. The paintings tell the story of humanity from the cosmogony to the Apocalypse. This crypt houses the relics of the saints of Anagni.

The notable home of Pope Gregory IX who hosted the emperor Frederick II in 1230, it was later converted into Pope Boniface VIII’s fortress. Here this Pope suffered the so-called “Outrage of Anagni” in 1303.

The structure was build in the early 13th century by Gregory IX, a member of the powerful Conti family. The Caetani family became lords of the property in 1297, and it was during under their ownership that the infamous “outrage” took place. On the upper floor, the Chess Room boasts a checkerboard with floral designs, a metaphor of the arts of war and courtly games. The Hall of the Geese, with fowl painted into rhomboid-shaped boxes, features a wall with an atlas depicting the common game of the time, a reference to the noble art of falconry. Guided tours are available daily upon request.

Built between 1159 and 1163, this structure was the original project of the Brescian ambassador and architect Jacopo da Iseo. The construction of the palace is connected to the arrival in Anagni of all Lombardian and Venetian legates gathered by Pope Adrian IV to sanction the birth of the Lombard League against the Emperor Frederick Barbarossa.

Church with Romanesque façade and bell tower, which has undergone renewals in the XVIII and XIX centuries.

Dating back to the XIII century, the house was acquired by the Swedish painter Alberto Barnekow at the end of the XIX century. In building a new facade for the structure, Barnekow gave the exterior of the building the character it has today.

Church of San Pietro in Vineis

A medieval building that still preserves its original Romanesque facade, an outstanding floor and elements from an important cycle of frescoes from the XIII century. A place of silent reflection and incessant prayer, San Pietro in Vineis was bequeathed to the earliest followers of Saint Clare, who was canonized in Anagni by Pope Alexander IV in 1255. Here is conserved one of the oldest portraits of the Saint.

This fortified monastery was founded by Pope Gregory IX in 1232. It boasted an internal school of grammar and theology and  was inhabited by the monks Florensi of Joachim of Fiore.

This Benedictine monastery was erected in the 10th century near the Church of St. Peter of Villamagna. The church was built 500 years prior on the remains of the imposing Imperial Villa of Marcus Aurelius.

Festival of Medieval and Renaissance Theatre

A historical event with an international dimension that annually transforms the city into a unique stage. The Festival restores one of the most beautiful medieval squares to its original function as a centre of European cultural identity.

Spectators can enjoy a variety of artistic performances from various countries. Exhibitions are inspired by the traditions of the Middle Ages and Renaissance and are broken down into various “genres” of shows: street performances, prose, dance performances, concerts of early music and much more.

The historical procession of S. Magno is one of the most important annual events at Anagni.

This tradition dates back to the year 877, when the body of the martyr was redeemed from the Saracens. The stories tell us that the citizens of Anagni had custody of the Saint’s body, having procured his remains in Veroli from the cruel King Muca. While in transit to Anagni, the remains fell to the ground and the Anagnini were able to pick them back up  and continue their procession only by solemnly deciding that Magno would be the Patron Saint of their city. They placed his remains inside the cathedral and have celebrated the event’s anniversary (August 19) every year.

The Via Francigena, which stretches from Canterbury to Rome, is a major route for thousands of pilgrims traveling to the Vatican. This pilgrimage was in the Middle Ages one of the three major ones, together with the pilgrimages to the Holy Land and Santiago de Compostela. Italy was continually crossed by pilgrims from all over Europe; many stopped in Rome, others went down along the peninsula, passing Anagni (Via Francigena del Sud) to the port of Brindisi and from there embarked on their journey the Holy Land.

Anagni is known not only for the historical events associated with the Popes, but also for its exceptional gastronomy. The most famous dish is the “timbale Bonifacio VIII”. 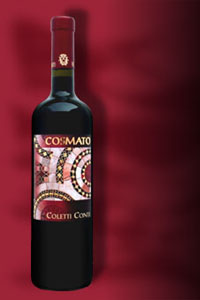 Other outstanding local products are the extra virgin olive oil and “Rosso Cesanese” wine. Cesanese del Piglio has become a golden standard for the wines of the Lazio region. The annual production of this prized wine is celebrated with gastronomic and cultural activities in the spectacular  historical centre of Anagni.