Zimbabwe for the visually impaired students

In Zimbabwe digital tools will help learning of the visually impaired students: thanks to a project of University of Zimbabwe Library in cooperation with European non-for-profit organization EIFL  (Electronic Information for Libraries). The project was really appreciated by the users and the University community, and also it is going to be disseminated in all Zimbabwe and other African countries. 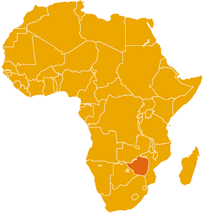 Promoting software to assist visually impaired students to access library and learning resources presents an exciting opportunity to increase access.  November 2010 the University of Zimbabwe (UZ) Library submitted a successful  proposal to Electronic Information For Libraries (EIFL). The aim of the proposal was to implement access tools for people with visual impairment. The access tools have been deployed in the University Library and are proving to be successful.. After installation, visually impaired students were introduced to the access tools as they came to the Library. The most popular tool was the virtual magnifying glass as most of the users have challenges using the computer screen. The students who had benefited informed their visually impaired peers and they also came to the library for training and have the software downloaded on their laptops or on the PCs that they were using in the Library. 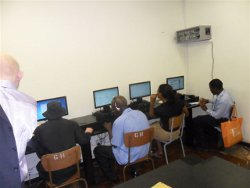 After the overwhelming response, the team trained the rest of the User Service Library staff to enable them to assist as needed. The Library staff were excited about the project and happily assumed this role. The coordinator and a Technical Advisor of the U.Z. Disability Resource Centre (DRC), Mr. Chinyoka, who is also visually impaired and is a graduate of the University became a Champion for the project.  He assisted in marketing the project to his colleagues. The team entered into partnership with the DRC and made the project part of orientation for the new students in August 2011. The department also agreed to have FOSS (Free and Open Source)  tools installed onto all the computers in the lab and to train the users from the lab as well as training the users frequenting the lab.

The DRC also helped the team to identify other organisations which may need these access tools and the team is planning to take the tools to these organisations and offer training to the people responsible in the organisations.. Currently the University of Zimbabwe has 20 students with visual impairment and most of the time they use their computer laboratory at the DRC and this is where the Library has put five data sticks for their use. They do appreciate these access tools as they no longer feel segregated from the sighted students.

The outcomes were overwhelming as the University Administration took the project to the Zimbabwe International Trade Fair (ZITF) in May 2011 and there, many showed interest. After the ZITF exhibition the Ministry of Public Affairs took the project to Tanzania at the United Nations & Africa Public Service Day in June 2011. The project has been recommended for a UN award and also an article was written by the team which was published in the University of Zimbabwe Intellect Magazine which was launched at the graduation ceremony held on 8 October 2011. With the assistance of EIFL the University of Zimbabwe is planning to take these tools to other organisations within Zimbabwe and, resources permitting, beyond our borders.

Photo: Students using the tools in the DRC lab October 2011