Wiki Loves Monuments is the greatest photo contest in the world. Last year the 2012 edition was acclaimed as a world Guinness record, due to the impressive amount of photographs that were submitted (over 350.000!).

The current edition is closing on 30th September, so users still have a few days for submitting their photos. The contest is organized as a federate event: and this year about 50 countries (including participation by Egypt and Syria!) are participating.  with a number of countries joining the competition for the first time (for example the United Kingdom and Armenia) but also many countries that participated before, such as  the Netherlands, the United States and South Africa.

Almost everybody knows the rules: it is an open contest for photographs of monuments. “Do you live in one of the participating countries or did you visit them for your holidays? Submit one or more pictures in September following the instructions of your country. That way you make a chance to win wonderful prizes, participate in the biggest photography competition in the world and you help Wikipedia!” 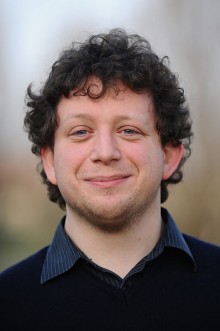 We had a small talk about the contest with Cristian Consonni, responsible for Wikimedia Italia and also participating in the organizing commitee of the international contest.

How does this contest work, in practice?

For the users is simple, check out if a monument is on the list of participating monuments (here’s an example for Chennai, Tamil Nadu, India and here another for Tuscany, Italy) and upload your photos using the links there. Photo can be shoot at any time, the only requirements are that you are the photographer and you are willing to upload it with a Creative Commons free license (CC-BY-SA).

This is the World’s Largest Photography Competition, with thousands and thousands of participants. How do you manage such big figures?

Last year, in the framework of Wiki Loves Monuments Italia,  we were forced to ask for help dozens of volunteer pre-selectors, in order to filter, among the huge number of submitted images, the ones admittable – because only the monuments in the lists can participate. After that, the jury selected the Italian winners, to receive the sponsored awards of the Italian contest and to be admitted to the international contest. 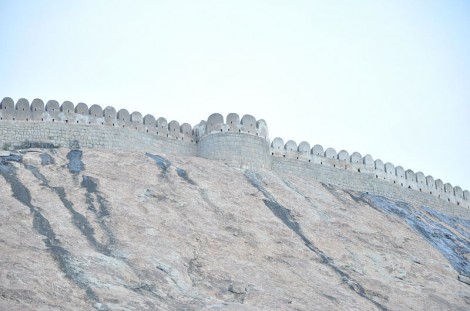 Is there any limit for the participation?

No, actually no limits, and this is the true added value to the contest. One can submit as many photos as he/she likes. If you collected an archive of monuments photos over the years you can send them all. Last year, for Wiki Loves Monument in Andorra and Spain, there was a contest inside the contest: two participants started a challenge to submit the higher number of photos! Well, they took photos all over the year and in the end submitted around 8,000 photos each. Their story is fascinating.

But why did you choose this solution? It looks like not to be very practical from your side, does it?

From the participants’ point of view, this increases the possibility to be selected and awarded, and people are encouraged to shoot and submit as many photos as possible. It’s to the national juries to select the best ones, so the “hard work” is on our side actually (find jurors and pre-selection commitees). From Wikipedia’s point of view, this is good to enlarge even more the database of photos that will become part of Wikimedia Commons, and this is also a good point for the benefit of the whole community.

Are you going to beat your own record, this year?

I just tell you that until today, about one week ahead the deadline, we are very close to 250.000 images already. I am not going to say anything yet.. but… fingers crossed!