... and this isn’t the first time Tumblr has been used to advertise, promote and commission artwork

Diesel’s new artistic director, Nicola Formichetti, has transformed the outside of a Paris department store into a public exhibition space for Tumblr creatives as part of his first Diesel ad-campaign, ‘Reboot’. Artists, graphic designers and photographers are invited to contribute their work on Tumblr, with the hash tag ‘Diesel Reboot’, for the chance of having their work displayed on the Paris’ department store, Galeries Lafayette. 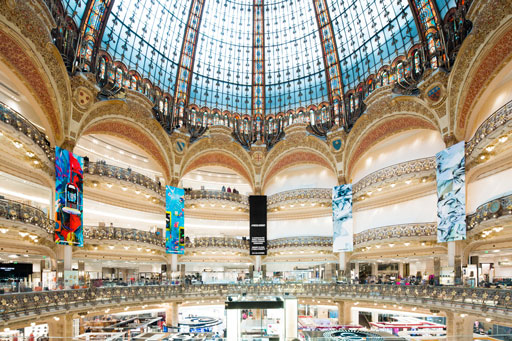 The beautiful and intricate design of the building, which has golden arches and balconies on each level that give the impression of an opera house rather than a department store, makes a striking contrast with the contemporary, digital pieces over-laid on to the building structure.

Fashion and art critics point to Formichetti as an inspiring, rule-breaking artistic director and designer, (his crazy design of a dress that incorporated real meat for Lady Gaga made her especially notorious), and this inspiring approach to an ad-campaign follows on from her already established reputation. The use of Tumblr to commission pieces for a campaign indicates the growing importance of social media networks and blogging sites in the production and dissemination of artistic creation in new media.

Many of the pieces on the Diesel Reboot Tumblr are in GIF format or involve photography with digital graphic overlays, highlighting the use of new software and design programmes that indicate the future of advertising.

This isn’t the first time Tumblr has been used in the past year to advertise, promote and commission artwork; Phillips recently teamed up with Tumblr to host the world’s first digital art auction, ‘Paddles On’. Creators of consumer products are really paying attention to the uses of blogging in their discovery and exploration of artistic talent, and we can predict that its use as not only a marketing tool, but also as a way of showcasing and discovering new artistic talent, will only grow in the years to come. 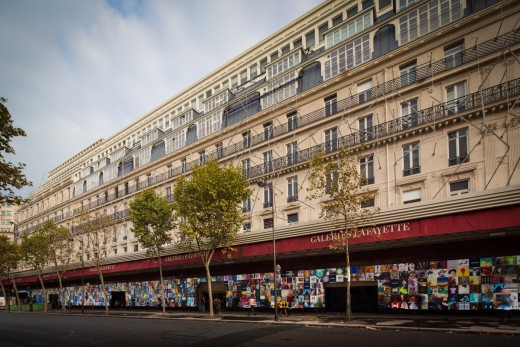